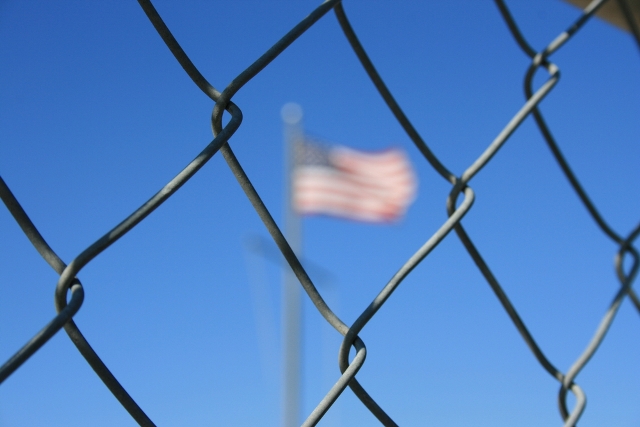 Most people are aware of increasing collaboration between state and local police and federal immigration officers. Programs like 287(g) and the Secure Communities program, as well as state laws like SB1070, create a new role for local police, who are now put in the position of identifying immigrants for possible deportation. It has meant that a simple traffic stop can lead to removal from the United States.

In May 2010, near St. Albans, Vermont, in the Swanton Sector, Diego was working at the dairy farm where he had been employed for three years when his co-worker Jorge accidentally called 911 by misdialing an international country code. When the 911 operator answered, his co-worker said “I don’t speak English,” and hung up the phone. About 20 minutes later, the state police arrived at the barn where the men were working, accompanied by U.S. Border Patrol agents, and several workers were taken into custody…When describing the event, Diego said, “I wouldn’t call 911, not after what happened, not if I broke my leg or was bleeding or anything. Not after what happened with my friends.”

Consistent with collaborative efforts between local police and federal immigration agents, this collaboration between Border Patrol and police terrifies local immigrant communities who are now fearful of calling the police or an ambulance or the fire department.  As is the case with 287(g) or Secure Communities, their fear has significant implications for public health and safety.

Several organizations have filed complaints about this practice, arguing that it is not only harmful, but potentially illegal.  Federal agencies are required to provide “meaningful access” to services to all persons, regardless of what language they speak.  It is hardly “meaningful access” when providing interpretation results in detention and deportation.  Through a Freedom of Information Act (FOIA) request filed on behalf of an alliance of northern border organizations, the Legal Action Center (LAC) obtained additional information on the frequency with which the use of Border Patrol agents as interpreters for other law enforcement agencies leads to immigration enforcement.  Documents reveal that the agency has been aware of Border Patrol’s involvement in interpretation for local law enforcement agencies since at least June 2011.

The U.S. Department of Agriculture’s civil rights office found that the U.S. Forest Service’s practice of using Border Patrol agents to provide Spanish interpretation assistance was “discriminatory on its face, and not solely in the circumstances of this case.”  However, DHS has not changed its policy or released any new guidance restricting the Border Patrol from interpreting or responding to 911 emergency calls.  Based on all of the evidence obtained for IPC’s paper, it is time for DHS to stop this harmful and discriminatory practice.