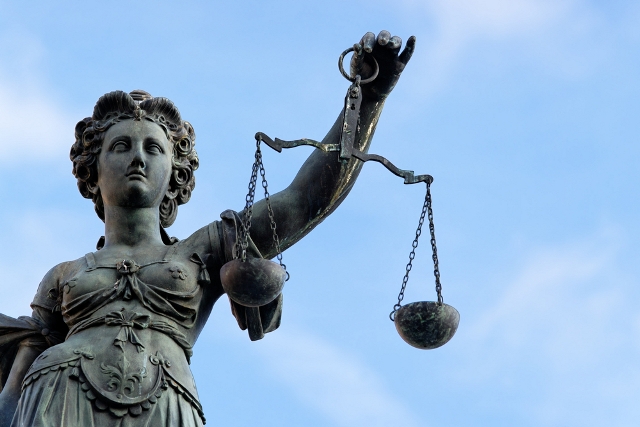 Tomorrow morning, the Supreme Court will hear arguments in a complicated immigration case involving how courts should determine whether a crime qualifies as an “aggravated felony.” Once the legal clutter is set aside, however, the case provides a clear example of how our nation’s immigration laws often fail to account for the most basic considerations of fairness and proportionality. If the Justices rule in the government’s favor, a lawful permanent resident with two U.S. citizen children could be deported from the country—and permanently barred from returning—for possessing less than $30 worth of marijuana.

The immigrant facing deportation, Adrian Moncrieffe, was legally admitted to the United States nearly thirty years ago when he entered with his family at age 3. In 2008, he was pulled over by a Georgia police officer and arrested for possessing 1.3 grams of marijuana, the equivalent of two to three joints. Moncrieffe pled guilty and was placed on a probation—and, had he been a U.S. citizen, would have suffered no further punishment for his crime. But because Moncrieffe never naturalized, Immigration and Customs Enforcement (ICE) commenced removal proceedings against him in 2010, alleging that he had been convicted of a “drug trafficking” crime under the immigration laws.

Why? Despite the small amount of marijuana involved, Moncrieffe was charged under Georgia law with possession with intent to distribute—an offense written so broadly as to apply both to people people who freely share small quantities with others  and to those who distribute up to ten pounds of illicit narcotics. Although no evidence was ever presented that Moncrieffe intended to sell the marijuana found in his possession, the government argued—and the U.S. Court of Appeals for the Fifth Circuit agreed—that he should be considered a drug trafficker under the immigration laws unless he affirmatively proved to the contrary.

While the issue before the Justices involves complicated questions over burdens of proof in removal proceedings, the case highlights the simple lack of common sense—and common decency—embedded in many provisions of the immigration laws. As discussed in a Washington Post story last week, lawfully present immigrants may be deported from the United States for committing minor, non-violent crimes that Congress happened to label as aggravated felonies. Regardless of the hardship their deportation would cause to themselves or U.S. citizen family members, immigrants alleged to have committed such crimes are prohibited from receiving most forms of relief from removal—such as asylum—and, once they are deported, from returning to the United States.

The case also demonstrates how immigrants who are treated as “priorities” by Immigration and Customs Enforcement (ICE) often pose little to no danger to the public at large. Under a memo issued by ICE Director John Morton in 2011, for example, any immigrant convicted of an aggravated felony is considered a “Level 1” offender—meaning they are placed first in line for deportation and will rarely, if ever, benefit from a favorable exercise of prosecutorial discretion. Even if the Supreme Court holds that Moncrieffe meets the definition of an aggravated felon under the immigration laws, it is difficult to see what benefit is gained from society at large by deporting him from the country and never allowing him to return.

When pro-immigrant advocates speak of the need for comprehensive immigration reform, their calls generally relate to the creation of a program to allow undocumented individuals to come out of the shadows. Yet also important is the need to review the growing list of aggravated felonies that make lawfully present immigrants subject to virtually automatic removal from the country. If the goal of any justice system is for the punishment to fit the crime, our nation’s immigration laws require serious re-examination.