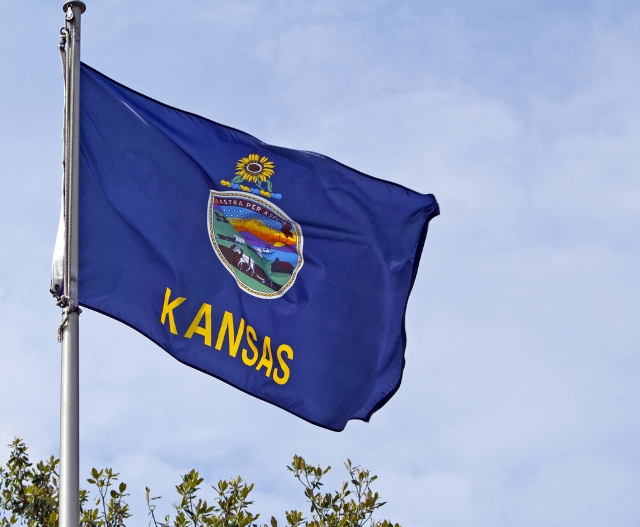 Activists in Kansas are mounting a campaign to recall the state’s Secretary of State and notorious immigration restrictionist Kris Kobach.  According to the Associated Press, there is a movement to collect signatures to recall him.  For months, several groups have held rallies and press conferences, accusing Kobach of spending too much time working on his extracurricular activities – including promoting  the anti-immigrant laws he authored in other states and attending immigration-related meetings – instead of serving the people of Kansas.

Kobach, who already suffers approval ratings in the low 30’s, has been behind efforts in Kansas to put stricter voter ID measures into place, and made Kansas a focus of the “birther” movement when he was part of an attempt to keep President Obama’s name off of the ballot.

But nationally, Kobach is best known as an immigration hardliner who put punitive immigration measures – including the NSEERS program – into place when he was at the Department of Justice and who continues to promote anti-immigrant laws which embody the policy of “attrition through enforcement” at the state and local level.  Not only does Kobach take credit for writing Arizona’s SB1070 and Alabama’s HB56 laws,  he has also represented states and localities that pass these laws when they have been sued.  Most recently, Kobach has made headlines for his lawsuit to block the administration from granting deferred action to childhood arrivals (DACA).   Prior to that, Kobach received national attention when Mitt Romney embraced Kobach’s endorsement and used restrictionist terms including “self-deportation” during his campaign.

Recalling a state official is difficult, and only two state-wide officials have ever been recalled.  In Kansas, activists must first collect about 83,000 signatures (or 10 percent of the turnout in the 2010 secretary of state election).  Then a state judge would have to accept the petition to recall.  If the petition is successful, the recall effort will need to collect an additional 330,000 signatures (40 percent of the 2010 turnout) to get on the ballot.

While recalling Kobach will be difficult, it is not impossible.  Kobach is no doubt aware that his colleague, Arizona state senator and leading force behind SB1070 Russell Pearce, was ousted in a recall election just last year.  Echoing the voices coming from Kansas, Arizona Democrats and Republicans alike believed that Pearce cared more about cracking down on immigration than on jobs, education, and the economy.  Just as SB1070 had a negative effect on Arizona’s economy and reputation, the measures Kobach is championing in Kansas could cost the state workers, revenues, and jobs.  Regardless of the ultimate success of the recall effort, politicians focused on anti-immigrant agendas should take note and recognize that their constituents expect more of them.