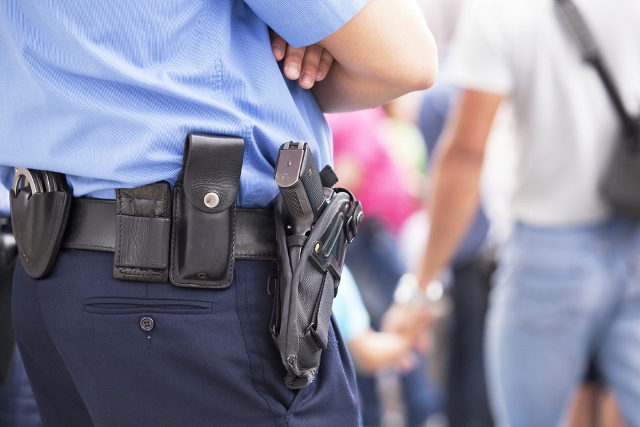 The 287(g) program has been controversial and criticized for years, and immigrant advocates have demanded that US Immigration and Customs Enforcement (ICE) terminate the program.  Section 287(g) of the INA allows the Secretary of Homeland Security to enter into agreements that delegate immigration powers to local police, but only through negotiated agreements, documented in Memoranda of Agreement (MOAs).    The task force model deputizes police to enforce immigration laws in the course of their regular activities on the streets, and the jail model places deputized police officers within jails.  A recent development raises questions about the future of the program.

ICE recently sent letters to all jurisdictions that have 287(g) partnerships informing them that their Memoranda of Understandings (MOAs) – which expired on September 30 —  have been extended through December 31, 2012.  Additionally, ICE stated that they are phasing out the 287(g) task force models because they “have proven to be a less efficient means of identifying priority individuals subject to removal compared to other enforcement programs.”

It is unclear whether task force models will be ended after December 31, or whether a more gradual phasing out is planned.   It is also unknown when and how jail model agreements will be renegotiated. For example, Sheriff Adrian Garcia of Harris County, TX is reportedly asking ICE to make specific changes to its MOA before signing off on a new agreement.  It is unclear whether ICE plans to make any modifications to some or all of the MOAs.

Apparently ICE is phasing out the task force model in favor of Secure Communities, which is already activated in most jurisdictions across the country.  ICE spokeswoman Danielle Bennett stated, “The Secure Communities screening process, coupled with federal officers, is more consistent, efficient and cost effective in identifying and removing criminal and other priority aliens.”

While the two programs are very different, Secure Communities and the task force model can be seen as redundant.  All persons booked into jails have their fingerprints run against immigration databases, regardless of whether the arresting officer was a deputized 287(g) officer or not.  On the other hand, the 287(g) jail model can work in combination with Secure Communities.  287(g) officers can follow up when someone receives a Secure Communities database hit, and can issue a detainer or a Notice to Appear, initiating deportation proceedings.  Even if there is no database hit, 287(g) jail officers can interview persons they believe to be noncitizens and initiate immigration enforcement if appropriate.

However, there are still many problems with the 287(g) jail model. Critics of the 287(g) program have argued that it is not effective, does not target serious criminals, harms community policing efforts, and leads to racial profiling.  ICE recently terminated a 287(g) program in Alamance County, NC after the Department of Justice completed a two year investigation and concluded that the sheriff’s office racially profiled Latinos.  Both the DHS Office of Inspector General (OIG) and the Government Accountability Office (GAO) have found serious problems with the program and have made numerous recommendations, all of which have not been complied with yet.

he 287(g) program – the jail and the task force models — remains highly problematic, and many organizations are calling for it to be terminated entirely.  While ICE continues to have difficulty sticking to its own priorities, the problems are enhanced when immigration enforcement is outsourced to local law enforcement agencies.  Given the evidence of racial profiling and civil rights violations, and the harm to community relations and community safety that 287(g) can create, it is definitely time for ICE to make a decision about the continuation of the program.