House Republicans Show Uncertainty About Where the Party Stands On Immigration 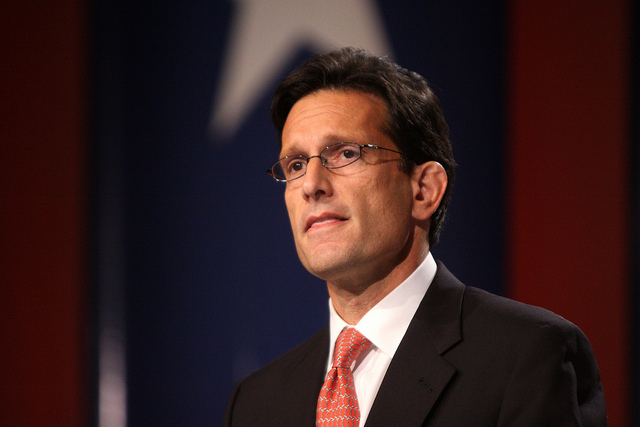 For six hours on Tuesday, the Republican-controlled House Judiciary Committee tried to come to terms with a new landscape on immigration reform and where House Republicans will fit into the picture. Despite attempts by committee leadership to paint an earned path to citizenship as an extreme option and questions about whether citizenship was even necessary, there were signs of common ground, signaling opportunities for breaking the logjam on immigration in the House.

Rather than kick off the first immigration hearing of the 113th Congress on an antagonistic note, committee chairman Rep. Bob Goodlatte (R-VA) began the hearing with what both sides have in common. He said, “I think we can all agree that our nation’s immigration system is in desperate need of repair” – even if there is disagreement about exactly how to fix it.  Goodlatte also conceded that the current, broken immigration system hurts the nation’s economy. He said “unnecessary hurdles for farmers” prevents them from hiring foreign laborers, while the visa system erodes U.S. economic competitiveness by making it difficult for high-skilled foreign workers to come here.

This more conciliatory tone carried over to the witness list for the hearing, where, as the Wall Street Journal points out, anti-immigrant hardliners were not allowed to dominate the two panels. That’s a break from a 2004 House Judiciary subcommittee hearing that featured population-control groups that want to limit even legal immigration and a sea-change from many of the committee hearings in the 112th Congress, where anti-immigration sentiment was high.  While the witness list still included restrictionist groups like the Center for Immigration Studies, the more muted role may be a sign of progress . And while the framing of both the hearing and some prefatory remarks were more conciliatory, some of the bottom line messages were not.  For instance, Republican committee members repeatedly characterized an earned path to citizenship for the 11 million undocumented immigrants living in the U.S. as an extreme position. “Are there options that we should consider between the extremes of mass deportation and a pathway to citizenship for those not lawfully present in the United States?” Goodlatte asked San Antonio Mayor Julian Castro (D). Rep. Steve King (R-IA) echoed the thought, asking Castro, “Do you see any compromise area between the current status quo and a path to citizenship for virtually all the 11 million who are illegal immigrants in the country today?” Castro told King that he thinks the compromise is “recognition that a path to citizenship will be earned citizenship,” and poll after poll shows that a vast majority of Americans agree with him.

Efforts to avoid systematic reform are another indication that some committee members want to limit the chance to create an earned legalization program.  For instance, Rep. Spencer Bachus (R-AL) suggested that Congress only debate visas for high-skilled workers because it’s the easy part and an issue where Republican and Democrats in Congress agree. Democrat Rep. Cedric Richmond (D) countered that Congress will never tackle the difficult parts of immigration reform if it only takes on the easy parts now. “Why don’t we just get the skilled labor part done first?” Mr. Richmond asked. “Well, politically, and just being very practical about it, if we got the skilled labor part done first, do you think we would ever come behind it and finish the job? I think it has to be a comprehensive approach or we’ll never get to the hard part.”

Nor did Judiciary committee members get a lot of back up from House Republican leadership in their attempt to label citizenship as extreme. On the same day as the hearing, House Majority Leader Eric Cantor (R-VA) signaled yet another approach more on immigration in his speech about House Republican priorities. He endorsed a path to citizenship for DREAMers, saying, “It is time to provide an opportunity for legal residence and citizenship for those who were brought to this country as children and who know no other home.”  Cantor refused to take a position on the Senate immigration reform framework, which includes an earned path to citizenship for all undocumented immigrants, but this is another sign of movement from the virulent opposition to legalization proposals of the past.

The gulf between Cantor’s speech and Goodlatte’s claim that a path to citizenship is extreme shows ambiguity as to where, exactly, the Republican leadership stands on immigration reform. This ambiguity, however, may provide Republican rank and file members with more flexibility to chart their own course, and get behind immigration reform proposals reportedly being developed by a bipartisan group of House members. In fact, the only clear thing that may have emerged from yesterday’s hearing is that this is a new day in the conversation on immigration reform.