The W Visa: Why the Economy Benefits from A Robust New Worker Program 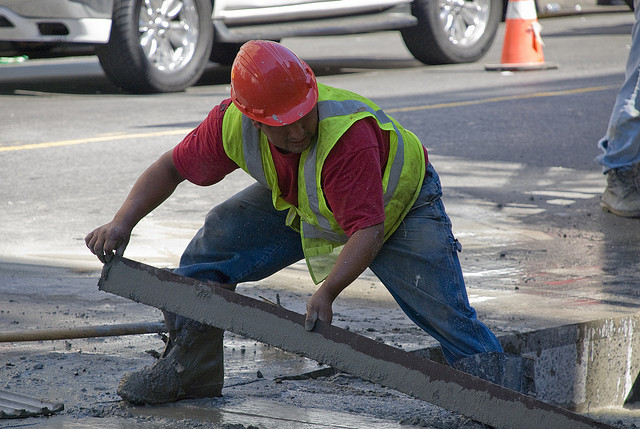 The Senate Judiciary Committee returns to its task of marking up S. 744 tomorrow, taking up, among other things, possible amendments to the W visa program for new nonimmigrant workers. This new program, blessed by both business and labor, is an effort to acknowledge the need for a more flexible system for meeting the demand for workers in certain occupations and industries that require less-skilled workers. At Tuesday’s hearing, several Senators challenged the idea that the American workforce needed to be supplemented with immigrant labor, but the evidence is overwhelming that there is both a need and an economic benefit to having a flexible and responsive program in place to bring in new workers where they are most needed.

This argument applies to both high-skilled and less-skilled workers, but the need for new workers in less-skilled fields is particularly acute, as an increasingly smaller share of the native-born workforce is available to fill these important roles. This is due in part to an ageing baby boom generation nearing or entering retirement age, and rising education levels among the native-born over the last half century. As a result, less-skilled immigrant workers – temporary and permanent – fill in the labor market gaps and have an effect on helping companies to grow.

Less-skilled immigrant workers allow, for example, native-born farmers to expand agricultural production and allow contractors and craftsmen to build more homes and infrastructure. This, in turn, helps to further expand employment opportunities and incomes for U.S. citizens. As people migrate to the U.S. to fill such service economy roles, they become part of a growing proportion within certain industries. Because of this, there are several benefits to consumers who would otherwise be paying much more for the same services. The relative low costs of those services allow consumers to spend more broadly.

Contrary to many of the myths out there, this impact on growth also leads to additional and often higher-paying jobs for the native-born population. Because immigrants and natives tend to have different levels of education, work in different occupations, and possess different skills, the jobs they perform are frequently interdependent and complementary. This increases the productivity of natives, which increases their wages.  Furthermore, the addition of immigrant workers to the labor force stimulates investment as new restaurants and stores open, and new homes are built, among other activities. This increases the demand for labor, which exerts upward pressure on wages. An economic analysis from 1990 to 2006 shows that immigration led to increased wages of native-born workers by 0.6 percent overall and for specific education levels. Furthermore, an Economic Policy Institute (EPI) analysis shows that from 1994 to 2007 immigration increased wages of native-born workers by 0.4 percent overall and for particular education levels. EPI also found that the wages of male native-born workers with less than a high school education were largely unaffected by immigration over this time period.

There will always be legitimate debate about the best way to make a program work, and the W visa program will be no different. Amendments and challenges to the program that are premised on the idea that immigrant workers harm the wages or well-being of native born workers, however, miss the mark because they just aren’t grounded in the facts.