Our Immigration System Must Encourage Foreign Entrepreneurs to Invest in the U.S. 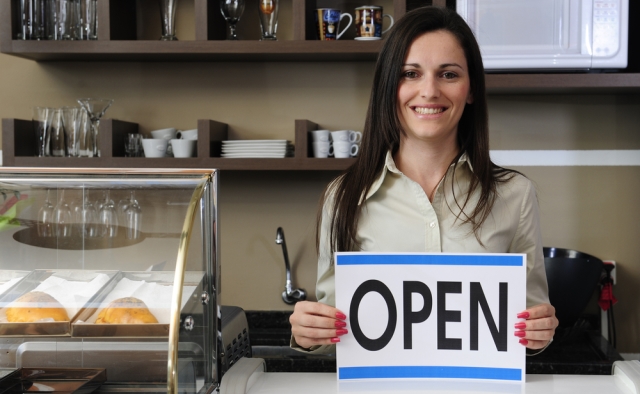 Immigrants started 33 percent of U.S. venture-backed companies between 2006 and 2012 that went public, according to a new report from the National Venture Capital Association. The report, however, also noted that there is no reliable immigration program for foreign entrepreneurs, who must surmount enormous legal difficulties in order to come here to create businesses and drive innovation and job growth.

Despite the fact that immigrant-founded venture-backed companies create enormous value in the U.S.,  no immigrant entrepreneur visa exists. The current E-2 investor visa is often unavailable to entrepreneurs because it can only be used by companies owned by nationals of countries that have treaties with the U.S. There is no such treaty with many countries, like India, that produce the largest percentage of foreign entrepreneurs. Minette Kwok , an immigration attorney and partner at Minami Tamaki LLP, told Immigration Impact that in addition “most start-ups seek venture capital funding from U.S. investors, so that an E-2 company ends up disqualifying itself because it becomes majority U.S. owned”. The E-2 is also a temporary visa valid for only 2 years at a time, and does not lead to permanent residence (a “green card”).

Other commonly used business visas, such as the H-1B visa, are also often unavailable to entrepreneurs. The yearly quota for the H-1B visa, which is only 65,000, has been exhausted before the end of the fiscal year every year for the past decade, and ran out this year in less than 5 days. The H-1B is now even harder for entrepreneurs to use, since recent policy changes forbidding “self-employment” now often prevent them from working at their own companies. Therefore, entrepreneurs often must first find work with other companies in the U.S. who can sponsor them, or find another avenue to come to the U.S., and face endless bureaucratic obstacles.

Even if a foreign entrepreneur obtains employment at another company it is often impossible for the company to sponsor them because H-1B visas are unavailable and the green card process is expensive and plagued by backlogs that result in waitlists that are decades long for many nationalities. For Indians, the leading creators of successful foreign-founded venture-backed companies, wait times for permanent residency may be as long as 70 years. The process is also incredibly expensive, with the cost of an H-1B visa over 6 years amounting to $19,000, and sponsoring a foreign worker through the complete H-1B and green card process costing $50,000, according to the National Venture Capital Association report. Immigration applications are also often capriciously denied and sponsoring companies are increasingly subject to compliance audits, with 30,000 such on-site audits being conducted in FY 2010-2011.

The lack of an entrepreneur visa and of a functional business visa system is a serious roadblock to U.S. innovation and economic growth. In fact, the National Venture Capital Association found that 90% of native-born and foreign-born company founders believe a startup visa would benefit the U.S. economy.  Additionally, the Ewing Marion Kauffman Foundation has found that a startup visa with an annual quota of 75,000 would create 1.6 million new jobs in ten years.

The Senate immigration bill, S.744, and the House skilled immigrant worker bill, H.R. 2131, would address some of the problems. Both bills propose an entrepreneur visa that would grant permanent residence. Both require that the entrepreneur attract venture capital of at least $500,000 and create at least five full-time jobs. The Senate bill also creates a temporary entrepreneur visa lasting 3 years that requires a $100,000 investment and the creation of 3 jobs. Both bills also make other fixes, like raising the cap on H-1B visas, increasing the number of employment-based permanent resident visas, and eliminating the per-country caps that create backlogs. The bills are not perfect, but given the many problems that foreign investors, entrepreneurs, and U.S. businesses currently face bringing foreign investment and talent to the U.S., they represent a crucial step towards creating a functional immigration system that will drive innovation, growth, and prosperity.