Dollars and Lives Lost in the Wait for Immigration Reform 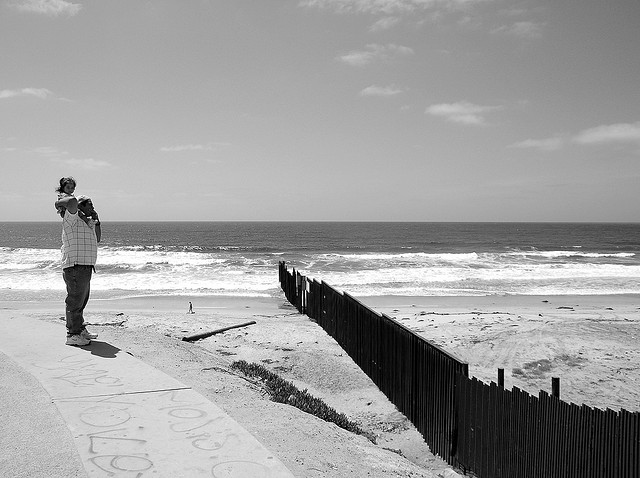 Two-and-a-half months after the Senate passed immigration reform legislation (S. 744), the House of Representatives continues to dawdle. Other than giving speeches and mulling over a few backward-looking, enforcement-only bills, the House has done nothing to revamp the broken U.S. immigration system or to realistically resolve the status of the 11 million unauthorized immigrants now living in the United States. The standard excuse for this inaction is that there are too many other high-priority items on the legislative agenda right now—so immigration reform will have to wait. But while Congress waits, dollars and lives are being lost.

Since the last major overhaul of the U.S. immigration system in 1986, the federal government has spent an estimated $186.8 billion on immigration enforcement. Yet those billions did not keep unauthorized immigrants out of the United States, nor persuade them to leave, because the 1986 reforms failed to create legal channels of immigration that could keep up with the growth of U.S. labor demand. As a result, over the past quarter century, the number of unauthorized immigrants has tripled to more than 11 million. What the enforcement spending spree has done is to waste taxpayer dollars while creating a slow-motion humanitarian catastrophe at the southwest border and in immigration courtrooms across the country.

Most dramatically, thousands of migrants have died over the past two decades while crossing the U.S.-Mexico border as they tried to reach jobs and family members in the United States. According to the U.S. Border Patrol, 5,570 migrants died along the southwest border from Fiscal Year (FY) 1998 to 2012. As border-enforcement resources were concentrated in California and Texas beginning in the early 1990s, more and more migrants began crossing into the United States through Arizona. As a result, more lost their lives in Arizona as well. Data from the Pima County Office of the Medical Examiner indicate that 2,238 migrants died in just the Tucson Sector of the U.S.-Mexico border from FY 1990 to 2012.

Moreover, tens of thousands of families have been torn apart by the deportation of immigrant parents with U.S.-born children. According to U.S. Immigration and Customs Enforcement (ICE) data analyzed by the Department of Homeland Security (DHS) Office of Inspector General, 108,434 immigrants with U.S.-citizen children were removed from the United States between FY 1998 and 2007. The majority were removed for immigration violations. Remarkably, ICE does not collect data on what becomes of the children in these cases. In addition, according to DHS, 46,486 parents of U.S.-citizen children were removed from the United States during the first six months of FY 2011, accounting for over 20 percent of all individuals deported during that period. And the Applied Research Center estimates that approximately 5,100 children with a detained or deported parent were in the public child welfare system in 2011.

Beyond the alleviation of this needless human suffering, there is also an element of economic self-interest to immigration reform. If the federal government had already created a legalization program for unauthorized immigrants now in the country, the U.S. economy would have received a much-needed boost: more tax revenue, more consumer buying power, and more jobs. Raúl Hinojosa-Ojeda of the University of California, Los Angeles, estimates that in just the first three years following legalization, the “higher earning power of newly legalized workers translates into an increase in net personal income of $30 to $36 billion, which would generate $4.5 to $5.4 billion in additional net tax revenue. Moreover, an increase in personal income of this scale would generate consumer spending sufficient to support 750,000 to 900,000 jobs.”

However, all of these gains remain hypothetical as long as Congress continues to take its time pondering the possibility of enacting immigration reform legislation. In the meantime, the broken machinery of the U.S. immigration system continues to destroy lives and families while draining the federal budget and undermining the economy. But this cannot go on forever. The cost of doing nothing is too great.