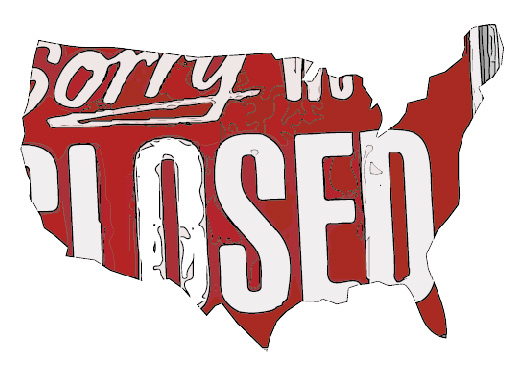 With the shutdown of the government in its second week, many immigration-related agencies continue to be closed, affecting availability of services and information necessary for applications for immigration benefits and litigation of immigration cases. Because multiple federal agencies play a role in contributing to the functioning of the immigration system, the impact of the shutdown varies from case to case and issue to issue, but the cumulative impact is placing additional strain on an already over-burdened system.

U. S. Citizenship and Immigration Services (USCIS) remains open and scheduled appointments are taking place because USCIS is funded by application fees rather than appropriations.  The one major exception at USCIS is E-Verify, the online system for verifying the employment authorization of foreign nationals, which is funded by appropriations and therefore is suspended for the duration of the shutdown. Although employers might still use paper based methods for verifying employment, in some states, E-verify is mandatory— affecting hiring and threatening the economic recovery. While the agency has issued guidance suspending the ‘3-day rule’ for verifying employment after hiring until after the shutdown, some employers are still afraid to move forward.

Even though USCIS will be accepting visa applications, many cases, such as H-1B petitions and labor certifications, involve the Department of Labor (DOL), whose services may be unavailable. For example, Labor Condition Applications (LCAs) are necessary for H-1B visa applications, and the iCert portal through which they are submitted is down. This may force highly-skilled H-1B workers who cannot renew their visas into undocumented status. The American Immigration Lawyers Association (AILA) has requested permission to file H-1B petitions without LCAs, but USCIS has yet to respond. Electronic processing of labor certifications (also called “PERM”), which is necessary for processing green cards for foreign workers needed by U.S. employers, will also be unavailable. AILA suggests filing by mail in urgent situations; even if DOL does not accept the application, the filing will show efforts to comply. The Office of Administrative Law Judges, including the Board of Alien Labor Certification Appeals (BALCA), which adjudicates appeals of labor certification decisions, is also closed, which means further delay for those challenging a decision.

The Executive Office for Immigration Review (EOIR), which manages the immigration courts, is functioning at a reduced capacity, further delaying cases and worsening the record-breaking backlogs in the immigration courts, where immigrants sometime wait years for hearings. All hearings for individuals that are not detained have been cancelled, and Legal Orientation Programs have been shut down. The Department of State will continue passport and visa operations as well as critical services to U.S. citizens overseas, as these are fee-funded. The Student and Exchange Visitor Program’s (SEVP’s) offices will remain open because SEVP is also fee-funded. Designated school officials and F and M students must continue to meet all regulatory requirements.  Refugee travel has also been suspended until at least October 21. Immigration and Customs Enforcement (ICE) will continue their detention and immigration enforcement activities.

Ironically, the saving grace for immigration benefits processing is something that has never been a plus before—the high fees required for most immigration benefits.  Despite evidence that high fees are a major impediment to access to naturalization and other benefits, Congress has consistently been unwilling to provide more appropriations to USCIS. While this is hardly a blessing in disguise, it highlights all too well the strange, twisted, and contradictory nature of our immigration system where deportations continue during a government shutdown but businesses, refugees, and many immigrants are left out in the cold.