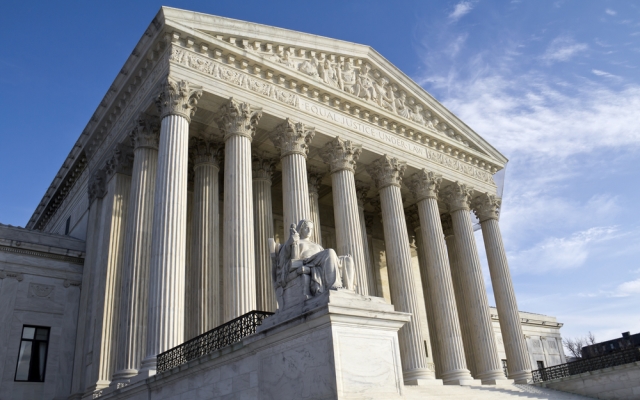 Last week, several groups, including the American Immigration Council, submitted an amicus brief to the Supreme Court describing the heartrending stories of young people who have been separated from their families due to government processing delays and the shortage of visas.  The case, Mayorkas v. Cuellar de Osorio, concerns the Child Status Protection Act (CSPA), which provides relief for the longstanding problem of children included on a parent’s visa application who “age out” – that is, turn 21 and lose their status as a “child”– before a visa becomes available.  Upon turning 21, these young adults are unable to immigrate with their parents and must begin the visa application process anew, starting at the back of a new visa line.  They end up being separated from family for years, even decades.  The stories in the amicus brief make the case for how important it is that the law provide a remedy broadly available to young adults who age-out.

Take for example the case of H.L. from Cambodia whose paternal uncle, a U.S. citizen, filed a visa petition for her family.  H.L. aged-out and was unable to immigrate to the United States with her parents and three younger brothers.  One year after her family immigrated to the United States, H.L.’s father was killed when he was struck by a car.  H.L., still in Cambodia, could not attend his funeral and has been unable to help her mother, who is struggling to raise the three younger children on her own.

Similarly, K.M.K., an Iranian youth, was over 21 when a visa became available for his family – after a wait of 12 years.  Consequently, he was left alone in Iran.  After entering the United States as lawful permanent residents, K.M.K.’s parents filed a new visa petition for him as their adult son.  K.M.K. is still in Iran, separated from his family, at the back of a new visa line, and facing a multiple year wait for a visa.

Congress enacted the CSPA in 2002 to address the age-out problem.  The law specifically addresses the two factors that lead to “aging-out”: (1) agency delays in processing visa petitions and (2) the visa backlogs caused by the annual worldwide shortage of visa number.  The CSPA’s solution to the first problem was to set up a formula that deducts the number of days it takes to process the application from the child’s age.  Unfortunately, even with this formula, some young adults still age-out because of the visa backlog.  The CSPA fixes the backlog problem by automatically converting the visa application to the appropriate new adult visa category and allowing the young adult to maintain his or her existing place in the visa waiting line, rather than starting over at the back of a new line.

The question the Court will decide in Cuellar de Osorio is to whom this second fix applies.  The plaintiffs in the lawsuit – a class of thousands of aspiring young immigrants – and amicus curiae urge the Court to find that it applies to those who have aged out of all visa categories.  This would include all visa petitions filed by family members as well as petitions filed by a parent’s employer.  The government is urging a much narrower interpretation, one that would mean only a small percentage of the total number of aged-out young adults would benefit (namely, only those individuals whose visa petition was filed by a lawful permanent resident on behalf of his or her spouse and children).

As detailed in the advocacy organization’s amicus brief, the result of the government’s policy has been heartbreaking for too many individuals.  Family unity is a cornerstone of United States immigration policy.  The CSPA was designed to resolve a problem that unfairly separated families, penalizing young adults simply because they grew up while waiting for a visa.  It’s well past time to ensure that the CSPA is interpreted so that family unity for all is, in fact, the result.