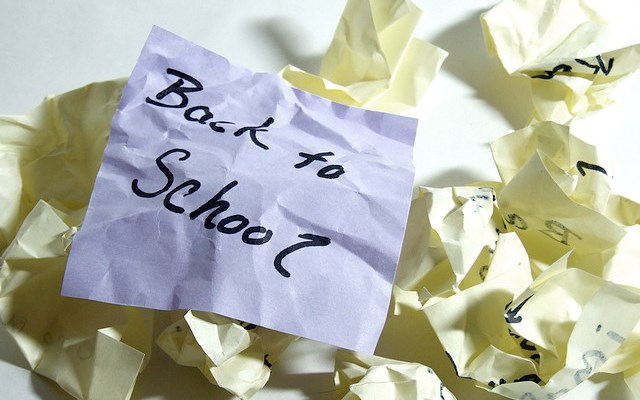 When the Deferred Action for Childhood Arrivals (DACA) program was first announced, it was clear that individuals would have to meet some sort of education requirement in order to obtain the program’s many benefits, including a two-year renewable reprieve from deportation, work authorization, a social security number, and—in nearly every state—the chance to apply for a driver’s license. What was unknown was how the immigration agency would address the question of individuals who were unable to finish high school. Would they be categorically excluded from DACA? Or would the agency provide an incentive for those folks to re-enroll in school? Fortunately, the government chose the latter. In doing so, it gave an estimated 400,000 people who met the DACA guidelines but didn’t finish high school a shot at getting DACA. Many of these individuals are thought to be among the 1.2 million who haven’t yet taken advantage of the program.

The memo that created DACA says that to qualify, a person must show, among other things, that he or she is “is currently in school, has graduated from high school, [or] has obtained a general education development certificate[.]” U.S. Citizenship and Immigration Services (USCIS) has interpreted the “currently in school” language to cover public and private elementary, middle, and high schools. It also covers what the government calls adult alternative education programs. These include GED, ESL, literacy, and job training programs, including some online schools. Personal enrichment or recreational classes, however, do not count. Moreover, not all GED, ESL, literacy, or job training programs qualify for DACA purposes. For those looking to go back to school, it’s important to find a program that will qualify for DACA.

Potential applicants should be—and immigration officers are—on the look-out for what are sometimes called “diploma mills”—especially in the context of online programs. Diploma mills are generally understood to be unaccredited business organizations that offer diplomas or certificates for money to people who complete little or no education or coursework. Red flags include statements from the school that the time commitment or coursework will be minimal or that the student pays by degree rather than by credit or semester. Fake GED programs will often promise that students can take the GED at home, when, in fact, the test can only be taken at official testing centers. The offices of state directors of adult education can help students avoid these fraudsters and identify publicly funded programs that will qualify for DACA.

For some 400,000 individuals, the first step towards DACA will be finding and then signing up for a qualifying adult alternative education program. After that, it’s back to school because DACA renewal will require a showing of substantial progress or passage of the GED.