Will Filipinos Be Granted Temporary Protected Status in the Wake of Typhoon Haiyan? 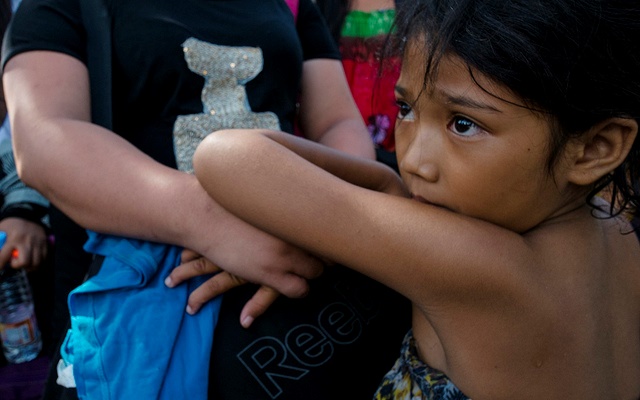 In the wake of the devastating Typhoon that hit the Philippines, the Department of Homeland Security should consider providing Temporary Protected Status (TPS) to Filipino nationals in the U.S.  TPS is an immigration status for nationals of certain countries.  The Secretary of Homeland Security designates a country for TPS due to ongoing armed conflict, an environmental disaster or epidemic, or for other “extraordinary and temporary conditions” within that country.  TPS gives foreign nationals in the United States protection from deportation, travel authorization, and the ability to work legally while in the United States.  As the name states, their status is temporary and does not lead to a green card.  Among others, Haiti, Syria, and Somalia are some of the countries currently designated with temporary protected status.  Only individuals who can demonstrate continuous physical presence during a period specified by the Department of Homeland Security (DHS) are eligible, as this program is designed for foreign nationals who were already in the United States.

TPS status would allow Filipino beneficiaries to legally work and reside in the United States, which will increase the flow of remittances to the Philippines during the recovery from the typhoon.  According to the World Bank, “remittances sent home by migrants to developing countries are equivalent to more than three times the size of official development assistance.”  The remittances could go even further than the $47.4 million of US humanitarian aid already pledged.  With a U.N. Humanitarian Action Plan request of $301 million from the global community to rebuild the areas affected by Haiyan, remittances can make all the difference to a country in need of rebuilding.  Furthermore, if TPS is not granted and Filipinos who would have qualified are forced to return to the Philippines, their return “would impose a great burden on the rescue and restoration effort.”

There is bipartisan support for granting TPS status to the Philippines.  Earlier this week, Rep. Zoe Lofgren (D- CA) coordinated a letter from 29 House members that was sent to the Acting Secretary of DHS, Rand Beers.  In the letter, the Representatives asserted that “Based on the level of destruction in the Philippines known to us already, it is clear the country meets… the necessary requirements for TPS.”  The letter is addressed to Beers because granting TPS is an executive decision made by DHS, not Congress. Sen. Schumer (D- NY), chairman of the Immigration Sub-Committee, has publically expressed support for granting Filipino nationals TPS status.  Organizations such as the United States Conference of Catholic Bishops and the American Immigration Lawyers Association have also written letters to Mr. Beers.  Late last week, USCIS released a directive reminding Filipino nationals impacted by the typhoon of existing immigration relief measures available.

However, DHS cannot make this decision alone:  the government of the Philippines must first request that TPS status be granted to its nationals currently residing in the United States, which they have not done yet.  With more than 10 percent of the Philippines’ Gross Domestic Product coming from remittances around the world, they are aware of the importance of their diaspora.  If they do ask the United States government for the TPS designation for their nationals, there is growing American support to grant this form of aid to the Filipino nationals within the United States who effected by Typhoon Haiyan.

UPDATE:  As of December 16, 2013, the Philippines government has formally requested the United States designate their country under Temporary Protected Status.