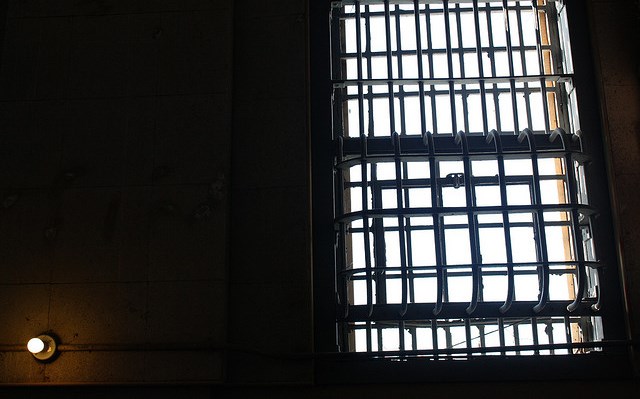 While the GAO report focused on the process of reporting allegations, other immigrant advocacy groups have challenged ICE’s commitment to investigating and resolving claims of sexual abuse and assault. Of the 215 allegations reported to ICE headquarters, ICE officers substantiated only 7 percent of the claims. Royce Murray, policy director at the National Immigrant Justice Center, said the small number of substantiated claims is “particularly troubling” because some of the files and investigations into the reports of sexual abuse and assault were incomplete. Additionally, immigrant detainees face barriers in simply reporting abuse in the first place, according to NBC Latino:

“The contractor providing ICE phone services in the fiscal years of 2010 to 2012 found that about 14 percent of calls to the DHS inspector general hotline from about 210 facilities did not connect. In some cases the calls went unanswered, the GAO said.

The GAO found other problems in the department’s efforts to curb sexual abuse and assaults such as failing to assess compliance with all relative prevention standards.”

ICE officials have said the agency has taken steps to safeguard detainees since the period covered in the GAO report, including instructions issued to field offices that require cases to be immediately reported to headquarters. “U.S. Immigration and Customs Enforcement is deeply committed to eliminating sexual abuse in immigration detention. Our zero-tolerance policy is a key part of immigration detention reform,” ICE spokeswoman Gillian Christensen told NBC Latino in a statement.

Several lawmakers requested the GAO review of sexual abuse and assault allegations following a 2009 report from the National Prison Rape Elimination Commission. The commission was created under the Prison Rape Elimination Act (PREA) of 2003, which aimed to “provide for the analysis of the incidence and effects of prison rape…and to provide information, resources, recommendations and funding to protect individuals from prison rape.” According to news reports, ICE officials are still waiting for finalized rules about implementing the law, such as guidelines about training. The ACLU’s Ruthie Epstein said those regulations are long overdue and need to be strictly implemented, including at private detention centers and in county jails that hold immigrants for ICE. “Congress must demand that the Administration release the overdue final PREA rule, which should contain rigorous standards so that allegations of sexual abuse of individual’s in the department’s custody are detected, properly investigated, and most of all, prevented from occurring in the first place,” Epstein said in a statement.