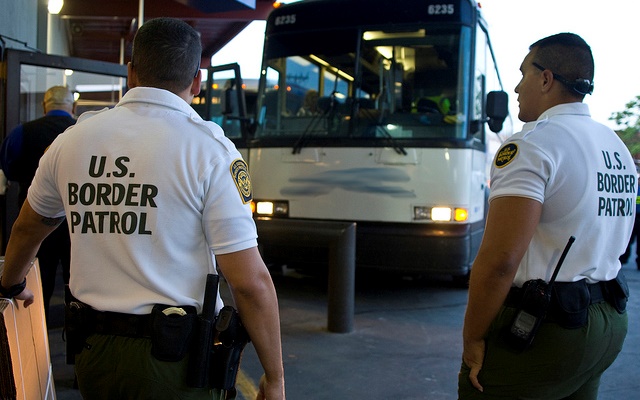 In May 2010, Congress submitted a request to the Department of Homeland Security (DHS) for a review of U.S. Customs and Border Protection’s (CBP) policy on the use of force by border patrol agents. Drawing on recommendations from a hard-hitting report by DHS’s Office of Inspector General, as well as an internal review and an independent evaluation by the Police Executive Research Forum (PERF), CBP announced compliance with a handful of proposed reforms to its use of force policy.

Among the proposed policy changes include improved use of force training exercises, a better system of tracking allegations of excessive force, and more equipment designed to help agents deescalate confrontations. However, less than two months after CBP indicated that it “agreed with the spirit and concerns underlying the more than 90 recommendations from the three reviews,” CBP started backpedaling on its commitment to reduce the use of force along the border.

For example, although the PERF report recommends that CBP stop using deadly force against rock throwers and assailants in vehicles—standards in line with other law enforcement departments—the Chief of the Border Patrol, Michael Fisher, indicated that the agency would not comply with the “very problematic” recommendation.

But while CBP retreats from its commitment to reform its widely-recognized abuse of authority, immigrant-rights groups across the country continue to expose border patrol abuses and reveal the human cost of the agency’s inaction.

Last week, the Campaign for an Accountable, Moral, and Balanced Immigration Overhaul (CAMBIO), along with the Southern Border Communities Coalition (SBCC), held a series of events in Washington, DC to send a message to policymakers: it’s time to revitalize, not militarize, the border.

As a vehicle for this message, immigrant-rights advocates from across the country gathered on the National Mall to unveil a quilt of 170 handcrafted panels, each designed by people in border communities whose lives have been affected by detention, deportation, use of excessive force, and other forms of CBP misconduct.

The powerful display of images was accompanied by speeches from family members of those killed or injured by CBP agents. For Valentin Tachiquin, one of the speakers, proposals to increase CBP presence along the border reveal the disconnect between lawmakers and residents of border communities. Mr. Tachiquin knows the consequences of flooding the border with poorly-trained agents. His daughter, Valeria, a 32-year old U.S. citizen and mother of five, died while driving in southern California after being shot ten times by a plainclothes CBP officer who had already been suspended four times for misconduct as an Imperial County sheriff’s deputy before joining CBP.

How can it be possible to call for more border agents when the ones that we do have, which are numerous, are not properly trained? We need to have these agents well-trained first before we take any other steps regarding enforcement on the border. I do not agree with putting so many agents on the border.

Mr. Tachiquin ended with a demand for more collaboration between policymakers and border residents on decisions related to CBP’s presence along the border.

Following this week’s events in Washington, twenty members of Congress sent a letter to Thomas Winkowski, Acting Commissioner of CBP, requesting a meeting to “discuss in greater detail CBP’s plans for improving its use of force policies and practices, including oversight and accountability mechanisms.” Whether this meeting will lead to CBP compliance with proposed reforms to its use of force policy is unknown. But Mr. Tachiquin, along with immigrant-rights activists throughout the country, will not rest until border communities can live without fear of CBP.