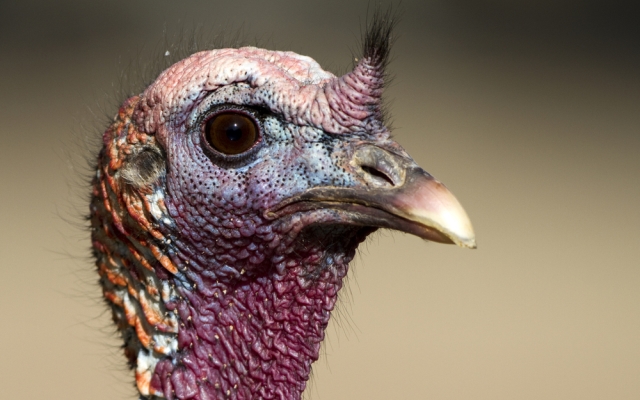 In an effort to preserve harmony at the Thanksgiving table, we have for the last several years offered up tips on making the case for immigration reform in front of, what is for many, the most hostile audience of all—their families. Even in the most congenial of families, there’s likely to be someone who can push your buttons on the immigration issue. But you can, and should, engage them, armed with this year’s advice on talking turkey about immigration reform.

The cardinal rule is to Know your audience. One of the great successes of the immigration movement in this past year has been the diversity of support for reform from across the political, economic, and social spectrum. A growing number of Republicans, Democrats, business, labor, teachers, conservatives, liberals, police chiefs, the high-tech industry, low-wage workers, Evangelicals, Catholics, Muslims, Jews, Protestants, Hindus, farm workers, small-business people, start-up entrepreneurs, the agricultural and landscape industry, women’s groups, environmentalists, CEOs, mayors, governors, city councils—the list goes on and on—support immigration reform.  Which of these communities is your aunt or uncle a part of? Not everyone will buy your arguments just because you have identified their interest groups, but if you know the arguments that persuaded small-business people to come forward, then you have a template for handling a conversation with your brother, the restaurant owner.

And since you may have already had this argument last year, Memorize some new facts. Over the course of the last year, the American Immigration Council has issued brand new state fact sheets, information on entrepreneurship and innovation by state, and over 100 Congressional district fact sheets. Explore our website, or better yet, keep it with you. With smart phones and tablets, we are only a click away from helping you keep the holiday peace.

Another thing made abundantly clear in 2013, is that History is on the side of immigration reform. In a year that saw the 50th anniversary commemoration of the March on Washington and Martin Luther King’s “I Have a Dream” speech, iconic civil rights activists embraced immigration reform. Rep. John Lewis, a veteran of the civil rights movement, marked his 35th arrest for civil disobedience, this time for immigration reform. Both the civil rights movement and the recent victories within the gay rights movement remind us that change takes time, but change is also measured in small victories. It is likely that you may find your sparring partner a little more receptive to your arguments this year, if only because there is so much more exposure to immigration issues and stories in the press. Share with them the personal story of an immigrant you know which can open the door to a more humane conversation.

Next, go into the discussion with optimism, but if that fails, don’t get caught up in a war of words. Focus on the future. What does your mother value or care about? Odds are, immigration reform will help ensure the brighter future she hopes for her children and grandchildren, but if we do nothing, then the costs to all of us are staggering. Moving forward is the only real option, and deep down, almost anyone who has thought about it knows this. Also calmly tell your family about those who are fasting for common-sense immigration reform. They will have gone 17 days without food by Thanksgiving Day while waiting for House leaders to hold a vote on immigration reform.

Importantly, don’t get frustrated by the immigration myths that are still pervasive despite all the positive information out there. People cling to their myths, but sooner or later, they will let them go. Maybe you won’t win the day this Thanksgiving, but something you said will slowly, quietly go to work on them and inform how they view information and news about immigration going forward.

Finally, according to a recent mythbuster piece in the Washington Post about the Pilgrims, our Thanksgiving origin stories are all pretty much made up. So, if you are facing a dead end on immigration, casually mention as you feed your dad another piece of pie that the Pilgrims didn’t really land on Plymouth rock, comment on how funny it is about how much misinformation is out there about the Pilgrims, and doesn’t it make you wonder how many other things that we believe in are just myths? Then have a piece of pie yourself, just to show that you, too, can chew something over for a while.