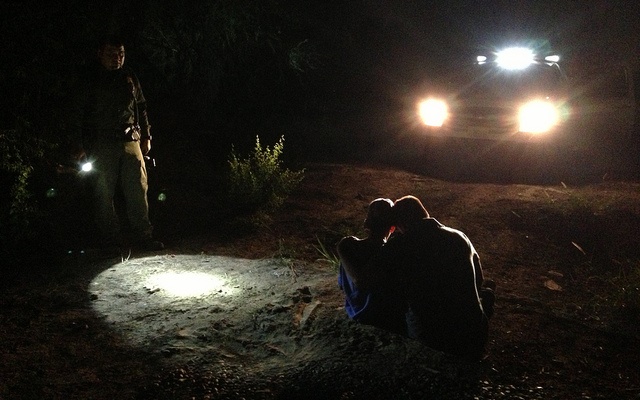 There is a subculture of cruelty within the Border Patrol—and, more broadly, within the entire machinery of the U.S. deportation regime. From the ranks of frontline Border Patrol agents to the guards in private, for-profit detention facilities, the abuse of detainees is widely tolerated and even accepted. This is the central finding to emerge from the second wave of the Migrant Border Crossing Study (MBCS). Wave II of the MBCS is currently housed in the Center for Latin American Studies at the University of Arizona and the Department of Sociology at George Washington University. The survey is a study of 1,110 randomly selected, recently repatriated migrants who were surveyed in six Mexican cities between 2009 and 2012. The results of this study are being released in a series of three reports titled Bordering on Criminal: The Routine Abuse of Migrants in the Removal System.

The first report in the series, Migrant Mistreatment While in U.S. Custody, concludes that “the physical and verbal mistreatment of migrants is not a random, sporadic occurrence but, rather, a systematic practice.” Specifically, the report finds that “11% of deportees report some form of physical abuse and 23% report verbal mistreatment while in U.S. custody.” Among deportees who reported physical abuse, the specific types of abuse varied widely, from being pushed and shoved to being beaten to suffering sexual abuse. Among deportees reporting verbal abuse, the kinds of abuse ranged from being cursed at or yelled at to being the target of racist slurs to being threatened.

Officials with U.S. Customs and Border Protection (CBP)—the parent agency of the Border Patrol—tend to assign responsibility for such incidents to rogue agents who have “gone bad.” But the MBCS study maintains that “dismissal of these abuses as isolated incidents negates the responsibility of U.S. authorities to address the behavior of their personnel as well as the institutional cultures that have developed within their ranks.” Abuse may not be standard operating procedure, but it has certainly become routine.

The second report, Possessions Taken and Not Returned, finds that “just over one-third of deportees report having belongings taken and not returned.” Perhaps most troubling of all, “among deportees who were carrying Mexican identification cards, 1 out of every 4 had their card taken and not returned.” Given that deportees are often dumped in high-crime cities on the Mexican side of the border, sometimes in the middle of the night, being caught without one’s Mexican identification can make life very difficult, to say the least. Furthermore, the study found that “migrants processed through Operation Streamline, or held in detention for a week or longer, are most likely to have their possessions taken and not returned.” This probably results from “the transfer of migrants between law-enforcement agencies that have different policies, standards, and practices for handling possessions.”

In the final analysis, the Border Patrol (as well as the other agencies and private contractors involved in immigration detention) lack transparency, accountability, and oversight. Proper training of agents, and the enforcement of basic standards of conduct among them, are both sorely lacking. When misconduct does become so egregious that it demands an official response, the agency conducts its investigations and disciplinary proceedings behind closed doors, leaving the general public to wonder what—if anything—is being done to prevent the next flagrant abuse of basic human rights. While most Border Patrol agents are no doubt committed to enforcing the law, there are many who think that they are simply above the law.