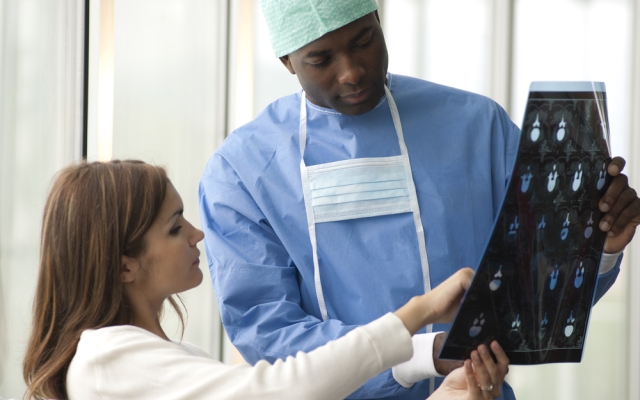 Instead of putting foreign medical and other advanced degrees to use in the United States, it is common among immigrant doctors and other professionals to work less skilled jobs, such as a taxi driver or waiter, because the complicated licensing process keeps them from  applying their training in the U.S. market. According to a recent Migration Policy Institute (MPI) series of reports on improving credential recognition, the United States is experiencing a “brain waste” by preventing immigrants living in the country from efficiently transferring their foreign credentials. MPI’s most recent report concludes their series by exploring prospects for international recognition of foreign qualifications.

Millions of immigrants with college or graduate and professional degrees already legally reside in the U.S. and are unemployed or underemployed—driving taxi cabs, attending parking lots, preparing food or waiting tables in restaurants, manning lobbies as security guards, or working in other jobs in which they aren’t using their education and skills to their potential. These individuals arrived through a variety of immigration pathways: as family members of permanent residents or citizens, as refugees, or as winners of the diversity visa lottery. Barriers to these skilled professionals applying their knowledge and experience within the United States range from silly to bizarre and complex. One example, according to Fawn Johnson of the National Journal, is of a physical therapist from Ireland who was not permitted to test for a license in Pennsylvania since her degree, from Trinity College in Dublin, didn’t include a course in Pennsylvania history.

According to Upwardly Global, an organization that works with immigrants to establish their careers in the U.S.,   “In their home countries they were engineers, doctors, scientists, accountants, and nonprofit professionals. In the U.S. they become cashiers, nannies, and cab drivers, if employed at all.” Among the barriers they encounter is the non-recognition by U.S. employers or licensing organizations of foreign-earned credentials and professional licenses. At a recent event at MPI, Nikki Cicerani, president of Upwardly Global, said that it really takes an ecosystem to help trained immigrant professionals get back into their profession. As part of cultivating that ecosystem, Upwardly Global is a member of IMPRINT, a coalition of organizations active in the emerging field of immigrant professional integration in the U.S.

Beyond the anecdotal stories of computer engineers laboring in restaurant kitchens or of immigrant taxi drivers with doctorates, the Brookings Institution also found that nearly half of high-skilled immigrants in the 100 largest metropolitan areas are overqualified for their jobs, and about one-in-nine is greatly overqualified—much more so than their native-born counterparts. Skills discrepancies are most notably acute in areas that are attracting new immigrants. There is also a growing shortage of primary care and family care physicians in the U.S., for example, and medically underserved geographic areas experiencing shortages could benefit from more foreign-trained physicians, whose specialty areas often include primary care, leveraging their experience to help fill growing gaps.

There is no doubt that part of reforming our immigration system requires providing the appropriate legal channels to bring in the skilled immigrants our communities and economy needs. However, it’s also critical that we provide opportunities to those skilled immigrants already living here to maximize their potential to bring their skills obtained in their native countries to bear in the U.S. labor market.