Why Is There a Disparity in DACA Application Rates Among Different Nationalities? 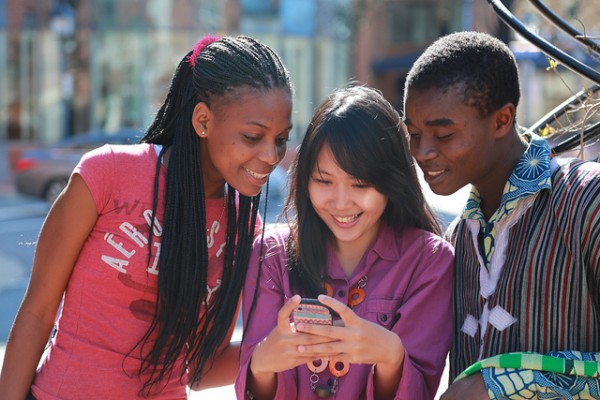 A year and a half in, nationals from nearly every country have applied for Deferred Action for Childhood Arrivals (DACA), President Obama’s deportation reprieve program for certain undocumented immigrants brought to this country as children. Despite this diverse participation, nationals of some countries are dramatically underrepresented in the applicant pool. Comparing the latest USCIS DACA statistics against estimates of potentially eligible individuals reveals, for example, that 65 percent of immediately eligible Mexican nationals and 61 percent of Hondurans have applied for DACA. Yet only 34 percent of Koreans and 17 percent of Filipinos have applied. What explains this disparity? It’s complicated, but here’s our best guess.

To apply for DACA you have to know about the program. As reported by the Center for American Progress, community-based organizations and ethnic media serving nationals of Mexico and other Latin American countries have done an excellent job of informing the community about the program. Relatedly, the Mexican community has enjoyed the overwhelming support of its consular network, which continues to take a number of steps (including releasing their own free smartphone app) to help Mexican nationals learn about and apply for DACA. The DACA outreach effort has been particularly strong in the Spanish-speaking world.

Further, garnering a critical mass of applicants is key. When enough members of a community go through the DACA application process and come out on the other side not only without a deportation order against themselves or family members — which, for many, is the biggest fear — but with tangible benefits like work authorization, those individuals turn into walking testimonials. They demystify the process & inspire others in the community to take what might be perceived as an intimidating plunge. This domino effect may help explain the relatively high application rates in the Mexican, Honduran, Guatemalan, and El Salvadoran communities.

A recent Pew Hispanic Center study also may provide some insight into the disparity among different nationalities. According to the study, 59 percent of foreign born Hispanics worry “some” or “a lot” about their own deportation or that of loved ones while only 18 percent of foreign born Asians expressed that sentiment. This doesn’t explain all of the data — and it certainly doesn’t account for outliers like Dominicans whose application rate is only 14 percent — but it may shed light on why, as a general matter, young Latin American immigrants have turned to DACA in substantially higher percentages than immigrants from Asia and other parts of the world.

Different nationals’ prior experiences (or lack thereof) with immigration programs also may explain the disparities. Several of the nationalities that have applied for DACA in high numbers have previously benefited from legalization or similar drives. Mexican nationals, for example, were the primary beneficiaries (75 percent) of the 1986 legalization; Hondurans and El Salvadorans have enjoyed Temporary Protected Status for a number of years; and many Guatemalans previously gained lawful status under a law commonly known as NACARA. DACA may be unlike IRCA, TPS and NACARA, but those programs imparted an important lesson that applies with equal force in the DACA context: if you come forward, real benefits await. Those programs also gave rise to an infrastructure of legal service providers that was well-suited to meet the community’s needs when the Obama administration rolled out the DACA program.

There are likely cultural issues at play, as well. As the New York Times reported, within some Asian immigrant populations, shame associated with being undocumented is prevalent. This is in relatively stark contrast to the organized immigrant youth movement, which is largely — though by no means exclusively — composed of immigrants from Mexico and South and Central America. That movement was able to effectuate a paradigm shift in the way young undocumented immigrants think and talk about being undocumented. United We Dream and other immigrant youth organizations adopted the slogan “undocumented and unafraid,” which, as a mantra, helped them inspire their brothers and sisters to marshal the courage to apply for DACA.

With respect to even those communities that have applied for DACA in high numbers, more needs to be done to shed light on the program and its attendant benefits. With the days of overflowing clinics long gone and before the renewal rush (about which we are still awaiting final guidance from USCIS), a second wind of public education about DACA is necessary to help many young immigrants understand why the program might make sense for them.