How Immigration Is Good for Science Research in U.S. 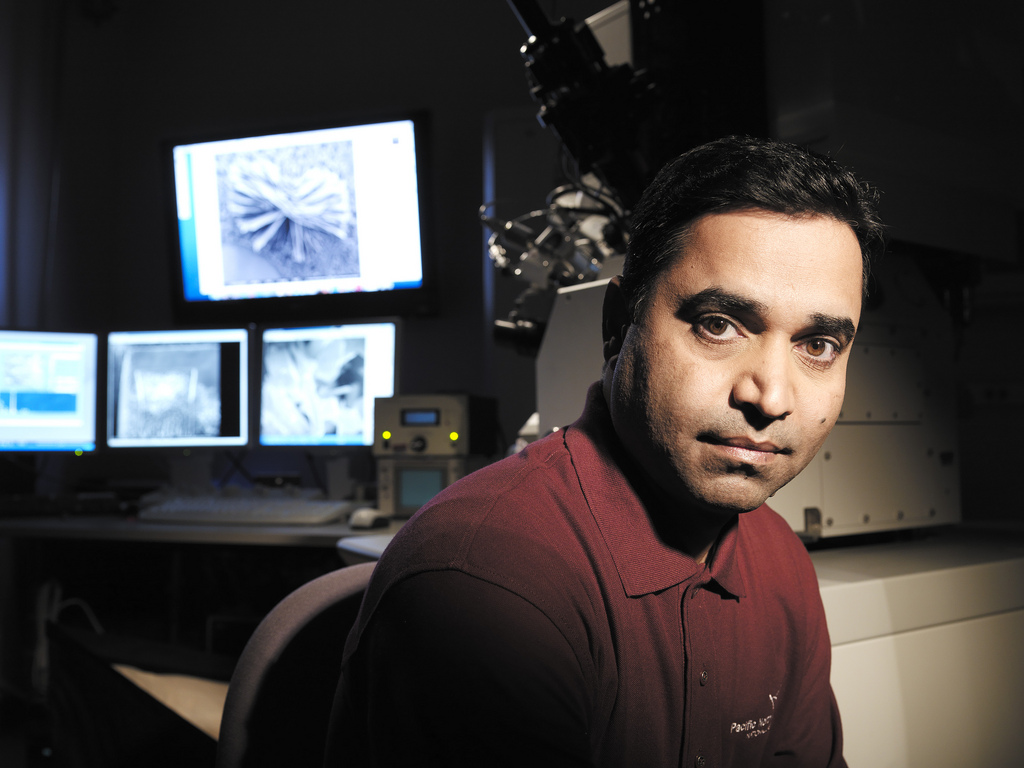 Research and knowledge are becoming key to economic growth worldwide, increasing the importance of intellectual work. And for the United States in particular, immigrants play an important role in science and engineering (S&E) research. Indeed, a February report from the National Science Board of the National Science Foundation (NSF), Science and Engineering Indicators 2014, notes that the United States is the world’s preeminent producer of scientific research thanks partially to immigrants. Writing for Pacific Standard, Michael White, a systems biologist at the Washington University School of Medicine in St. Louis, summarized the report’s findings. As he put it, the U.S. “funds the most research in academia and business, it publishes more science than any other nation, and its scientific papers are disproportionately among the world’s best.” And immigrants play a crucial role in those activities.

The NSF report found that a large proportion of workers employed in science and engineering fields in the United States are foreign born. “Compared to the entire college-educated workforce, college graduates employed in S&E occupations are disproportionately foreign born,” the report states. According to the 2011 American Community Survey, over 26 percent of all college-educated workers in engineering and science occupations were foreign born. Additionally, over 43 percent of workers in these occupations holding doctorate degrees are foreign born. But as White points out, these numbers understate the “crucial role these scientists play in sustaining U.S. preeminence in basic research.” He notes that “a better number is 49 percent: foreign scientists fill nearly half of the mid-level positions that make up the backbone of the scientific labor force at U.S. research universities.” These postdoctoral researchers are fulfilling an important role in the larger research process while honing their skills and expertise necessary for more advanced positions. As White states, “Most higher-level jobs in scientific research require some postdoctoral experience after graduate school, so university faculty can easily staff their labs with well-trained, newly minted Ph.D.-holders” in exchange for career mentorship.

because of the international reputation of U.S. universities, but they themselves are a big reason for that reputation. Because of the federal government’s major investment in academic research over the past six decades, well-funded U.S. universities successfully compete for the best scientific talent around the world. Many of these talented scientists remain here in higher-level research jobs in academia and industry. Those that leave still maintain relationships with colleagues they met, which helps keep U.S. science well-connected internationally.

While the U.S. has had little trouble attracting international talent in the past, global competition for scientific talent is growing as more places increasingly transition to knowledge economies. While the U.S. continues to fund more research and development than any other country, its global share is shrinking. According to the NSF report, knowledge economies “rely on sustained investment in research and development that produces useful innovations” as well as on higher education to prepare students to develop and use their skills. Science and research are collaborative enterprises. They are most successful through the exchange of ideas. As White concludes: “Science has always been most successful when countries exchange ideas, talent, and resources, which is why one of the National Research Council’s ‘ten breakthrough actions’ recommended to Congress is to ‘ensure that the United States will continue to benefit strongly from the participation of international students and scholars in our research enterprise.’ Our scientific preeminence relies heavily on migrant scientists, and that’s a good thing.”