How Immigration is Key to New York City’s Renaissance 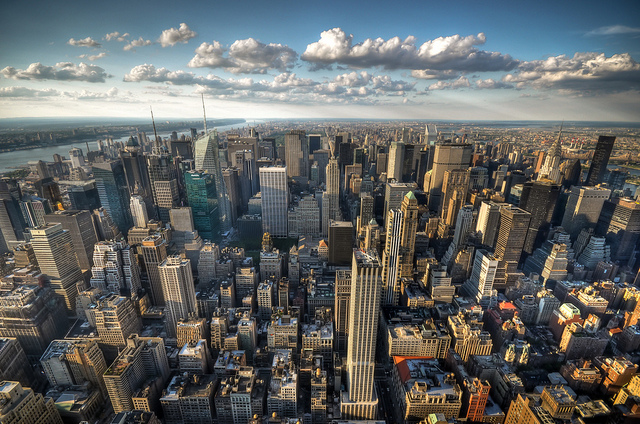 As a gateway to the United States, New York City has long been defined by the generations of immigrants who have made it their home. In a city of 8.3 million people, more than 3.1 million—38 percent of New York City’s population—are foreign-born, according to the 2012 American Community Survey. And in the case of business ownership, immigrant entrepreneurs from around the world have played important roles in transforming and revitalizing many neighborhoods in New York City’s five boroughs. A new report from Americas Society/Council of the Americas, Immigration and New York City: Contributions of Foreign-Born Americans to New York’s Renaissance, 1975-2013, focuses on the role immigrants played in transforming the city following its near bankruptcy in the mid-1970s.

Immigration has provided “a socioeconomic boost to areas that might otherwise have seen high vacancy rates, abandoned housing, and little economic opportunity,” the report notes. According to the study’s findings, immigrants have contributed to revitalization in four ways:

Immigrants also have helped to grow New York’s business and entrepreneurship environment. In addition to starting service businesses like the typical “mom and pop” restaurants, retail, and grocery stores, immigrants also start businesses in mid- to high-growth industries. For example, immigrant entrepreneurs have “fueled much of the growth of businesses in food manufacturing (from tortillas to Jamaican beef patties), transportation (commuter vans and Chinatown bus companies), telecommunications (international phone cards)” and restaurant equipment wholesaling, according to the Center for an Urban Future. Golden Krust Caribbean Bakery, founded by a family of immigrants from Jamaica, is one example. Founded in 1989 in the Bronx, the business has now grown into a distributor of Jamaican food, with franchises across the U.S. and revenues of over $100 million, creating over a thousand jobs in the process.

For a city with a long history of opening its doors to newcomers from around the globe, the report’s findings are telling. In the years since New York was on the brink of bankruptcy in the mid-1970s, immigrants have become a driving force in the city’s dramatic turnaround, playing a pivotal role in making the city more safe and attractive to new residents.