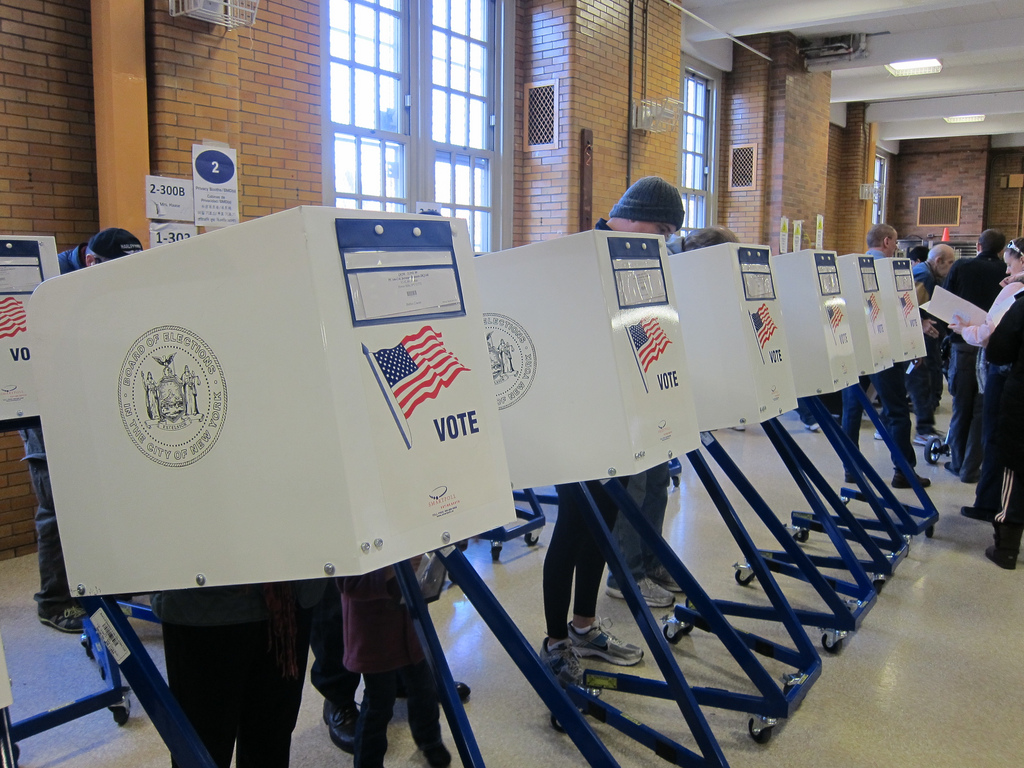 Anti-immigrant groups periodically use a common tactic of circulating reports warning lawmakers and the general public about immigrants’ supposedly threatening character. These reports often consist of portraying immigrants as an economic and fiscal burden, a threat to societal integration, or a political menace to an idealized status quo.

Following the latter idea, the Center for Immigration Studies released a new report this week that blames immigrants for the steady drop in presidential Republican vote shares. According to the report, immigrants are intrinsically more likely to support Democrats primarily because “they have policy preferences when it comes to the size and scope of government that are more closely aligned with progressives than with conservatives.”

Based on this simplistic diagnosis, the report urges the Republican Party to lower future levels of legal immigration to halt the decline in the conservative vote. By stating that the Republican Party’s position on illegal immigration has no effect on the immigrant vote, it also implicitly suggests that the GOP should not provide the GOP should not provide a solution for the 11 million undocumented immigrants already living in the country.

These types of analyses have a serious weakness because the underlying assumption is that certain characteristics (i.e., national origin) mark fundamentally distinct kinds of people. In this case, immigrants are conceived as both essentially and necessarily liberal. By creating false universalisms, these accounts implicitly attribute characteristics to all members of a group that a subset of the group may have under certain circumstances at a certain point in time. This reasoning is indeed dangerous, particularly if foreign status (which appears directly linked to race or ethnicity) is understood as an inevitable predictor of unwanted outcomes.

But given that race-based arguments would be socially and politically unacceptable these days, an assortment of economic, social, cultural, and in this case, political arguments are deployed as more palatable tools to demonize the foreign-born. The set of assumptions upon which the CIS report relies is not new. Specifically, the CIS piece assumes that (1) immigrants’ political attitudes will not change over time, (2) voters in immigrant communities, to a large extent, constitute a monolithic block, and (3) because of immigration, the GOP is doomed to lose relevance in American politics. Not one of these premises is true.

Political identities are malleable and subject to contextual influences.
Party identification and voting behavior do not take place in a vacuum. Circumstances change, governments make choices that lead to certain results, and politicians take initiatives that have an impact on their constituents. Those elements, and many others, affect people’s political behaviors. In other words, it is not possible to predict the results of future elections based simply on the demographic composition of voters alone. Party identification is a two-way communicative process that links voters, or potential voters, with political parties. For example, studies have found that certain targeted strategies used by Republican campaigns to reach out to Latinos have been effective. The relationship between a political party and segments of the electorate depends on both sides of the equation, their interaction, and the surrounding circumstances—both present and past.

The immigrant community is indeed diverse—not only ethnically, but also in its political behaviors.
The CIS report argues that immigrants tend to be more liberal, so the only solution to preserve the Republican Party is to put a halt to immigration altogether. Not only is the immigrant community ethnically diverse but also, for years, the Republican Party has performed fairly well among immigrants from certain countries. Notably, the Latino vote was crucial in the election of President Bush in 2004. The fact that those traditional sources of support have eroded over time indicates that party identification can change—and is likely to change again if the right approach is undertaken.

Immigration policy provides the GOP with an invaluable opportunity to regain support among immigrant communities.
Reforming the U.S. immigration system in a way that is not only good for the economy but also honors core American values is an invaluable opportunity for Republican legislators to rebuild trust within the immigrant community. Many Republican congressmen and large swaths of conservative voters have understood this. In order to remain a relevant player in American politics, the Republican Party needs to recognize—rather than demonize—the value of the immigrant community. Explanations that are based on misleading generalizations and urge Republicans to alienate immigrants will do nothing but harm the electoral chances of the GOP in the future.