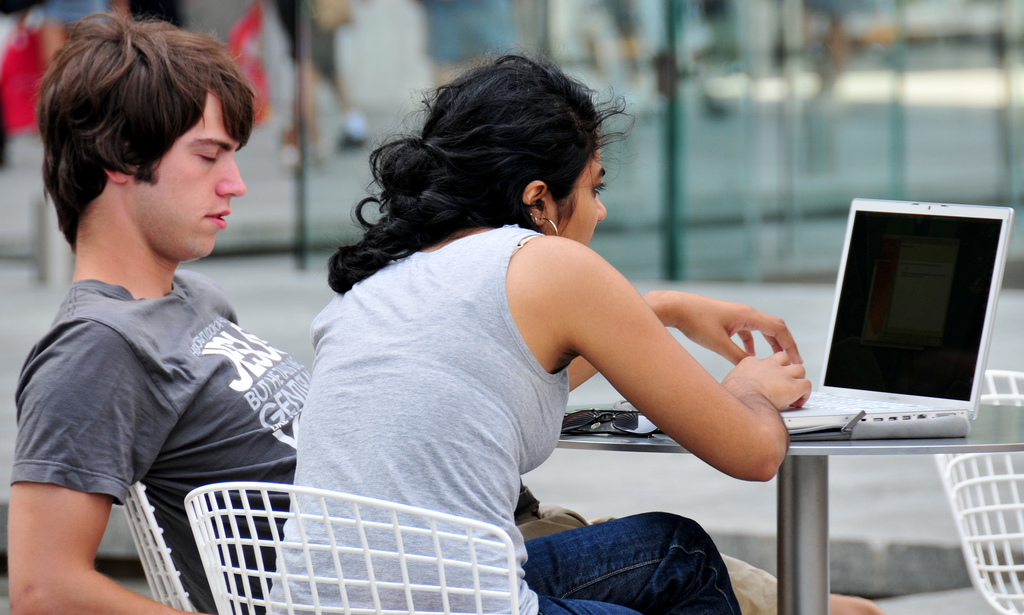 From Alexander Graham Bell to Google’s Sergey Brin, immigrants have founded some of the most iconic American companies, as the Kauffman Foundation’s Dane Stangler explained. “There’s something inherently entrepreneurial about leaving your home to start a new life in another country,” Stangler said. And immigrant entrepreneurs continue to contribute today. The Kauffman Foundation recently released a 2013 update report to the Kauffman Index of Entrepreneurial Activity, a leading indicator of new business creation in the United States that captures all types of business activity. The report looks at rates of entrepreneurial activity for different demographic groups over an 18-year period from 1996 to 2013, and it notes that the number of immigrants who were new entrepreneurs in 2013 was almost 26 percent—nearly twice the rate of the native-born population—up from 19 percent in 2003.

But the Kauffman Foundation notes, “Despite their vast economic contributions, U.S. law provides no dedicated means for immigrant entrepreneurs to launch innovative companies in the United States.” Several organizations are pushing for a solution. According to the Partnership for a New American Economy and FWD.us, “America’s entrepreneurs know how critical immigration reform is to the country’s ability to continue to innovate, launch new companies, and create jobs.” That’s why the two organizations have joined with accelerators, incubators and technology companies across the U.S. through iCodeImmigration, a series of nationwide events in nine cities over the course of the last two weeks that bring immigrant and native-born start-up entrepreneurs and innovators together to discuss why immigration reform is an imperative for their start-ups and their employees, for local places, and for the nation as a whole.

At one of the events in Cincinnati, Ohio, local business, economic development, and tech luminaries and leaders convened to explain why immigration reform is important locally. Rob McDonald, co-founder of  one of the top ten start-up accelerators in the U.S., said, “we have a number of immensely talented innovators at this facility. It’s critical we are welcoming the world’s top technologists, engineers…and entrepreneurs if we want to compete with the other top advanced economies.” And Grant Schaffner, an immigrant from South Africa and president of a start-up called Protostar Engineering, said it is “baffling” that foreign students are educated at U.S. universities “but we make it virtually impossible for them to stay and contribute to our economy Many regional leaders clearly have an interest in upgrading the federal immigration system for the 21st century because of how immigration can help their cities and metropolitan areas. Brooks Parker, chair of the Cincinnati USA Regional Chamber Education and Workforce Committee, noted that “immigration is a top federal agenda item for us. It’s crucial for our business ecosystem that includes everything from large Fortune 500 companies to fast-growing start-ups. We need talent and capital and we’re hoping for action on this from Congress in 2014.”

The iCodeImmigration series concluded with an event in Washington, D.C., Wednesday. Start-up entrepreneurs, investors, and policy experts discussed why immigration reform is critical to the tech and start-up community. Increasingly, the global economy is such that people can start companies in nearly any place. And limits on the immigration system can hinder the growth of these companies being founded in the U.S. One entrepreneur explained that if it means leaving the country to grow their company due to the immigration constraints, then that’s what they’ll have to do. While a growing list of countries like Canada and Chile incentivize immigrant entrepreneurship and cultivate an environment in which start-ups can succeed, the U.S. imposes barriers to 21st century innovation under our  20th century immigration system. Entrepreneurs, innovators, and local leaders around the U.S. realize how important immigration is to growing their companies and to contributing to economic development. But for change to occur, they need legislators in Washington to make the connection.