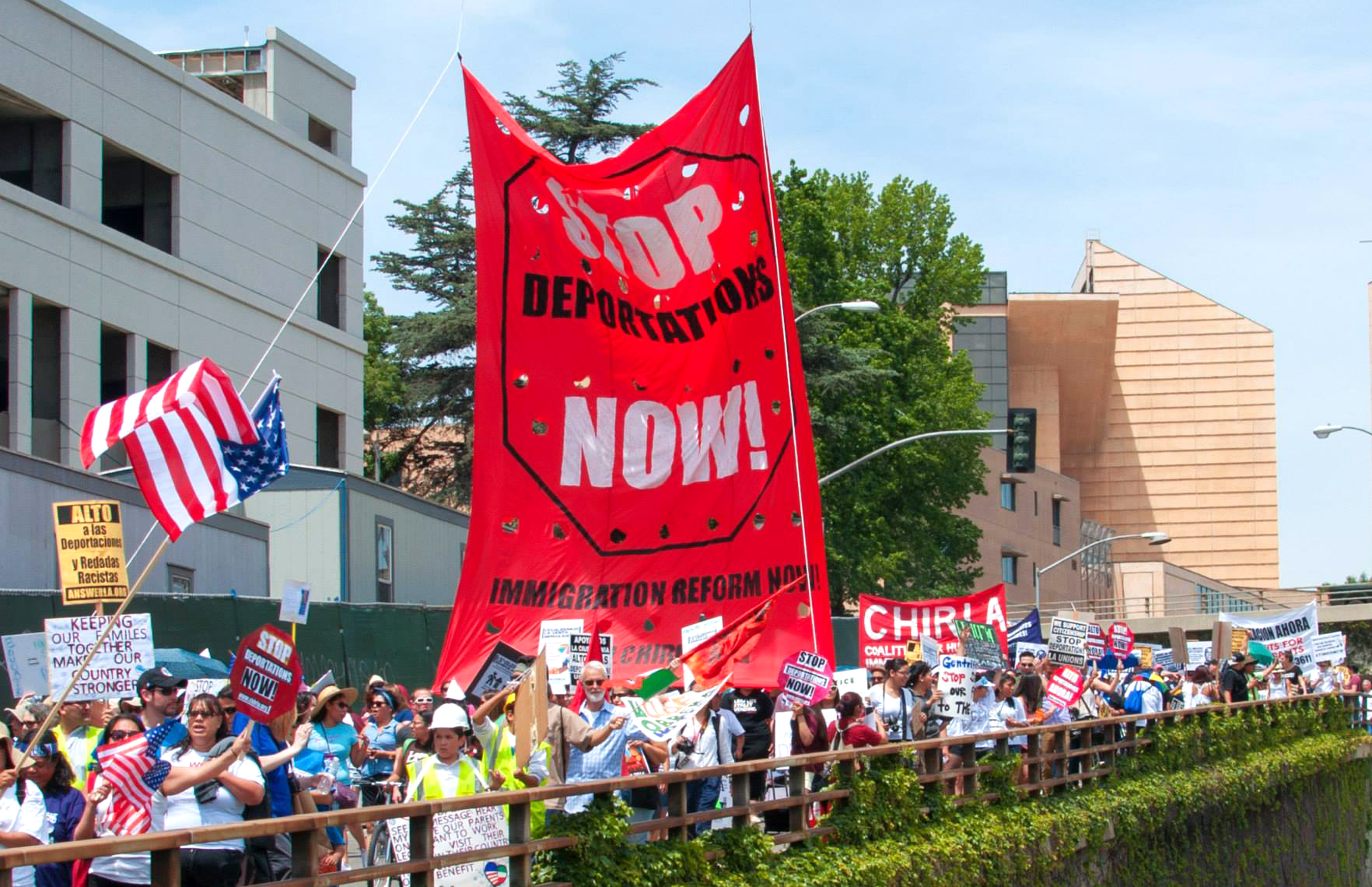 On Thursday, protesters expressed their mounting frustration over Congress’ failure to pass immigration reform in May Day demonstrations across the nation. From New York to California, thousands of labor, faith, and immigrant rights activists took to the streets to lift up the positive impact immigrant workers have on our economy and the detrimental impact our outdated immigration system has on all U.S. workers. Their message was clear: stalling on immigration reform and continuing enforcement-only measures tears apart families and has economic ramifications.

In Los Angeles, hundreds gathered to protest the record number of deportations in recent years. Eleven-year-old Eduardo Rodriguez highlighted the human cost of deportations on family values: “Kids are lonely without their parents. Our parents came here to work and give us a better future.” Activists made the moral and economic argument against separating families through deportations, which have a negative effect on  employment opportunities for native-born U.S. workers and have cost taxpayers $186.8 billion on immigration enforcement measures.

Positive immigration initiatives to protect undocumented immigrants were also emphasized in May Day protests. In Connecticut, thousands came to New Haven to raise awareness of unjust immigration laws and lift up local laws protecting the dignity of immigrants. The state was the first to pass the TRUST Act, which bars local police from honoring detainer requests from Immigration and Customs Enforcement (ICE) if the people haven’t committed serious crimes. “We’re fighting to make sure law enforcement is not acting as deportation. Because of our fight, we were able to pass the Trust Act. Now, immigrants will not be able to be deported just for driving,” said Latrina Kelly, deputy director for development and programs for Junta for Progressive Action.

And in Milwaukee, Wisconsin, County Supervisor Peggy Romo-West told a crowd of thousands that holding immigrants for ICE cost the county $100,000 in 2013 alone.

It’s not only immigration enforcement measures that are draining revenues.  It’s estimated that federal revenue would increase by $1 trillion over the 20-year period  if undocumented workers became citizens under S. 744, which passed the Senate in June 2013 by 68-32 vote. Neither the House’s comprehensive immigration bill, H.R. 15, nor any other immigration measure has been brought to the floor by Speaker John Boehner.

Without reform, some U.S. employers will continue to exploit immigrant workers and undercut honest businesses to maximize profit.  The May Day protests remind local and national legislators that immigration reform is not only needed to bring our immigration system into the 21st century, but also to protect workers, boost our economy, and uphold family values.

Photo Courtesy of the Coalition For Humane Immigrant Rights of Los Angeles.