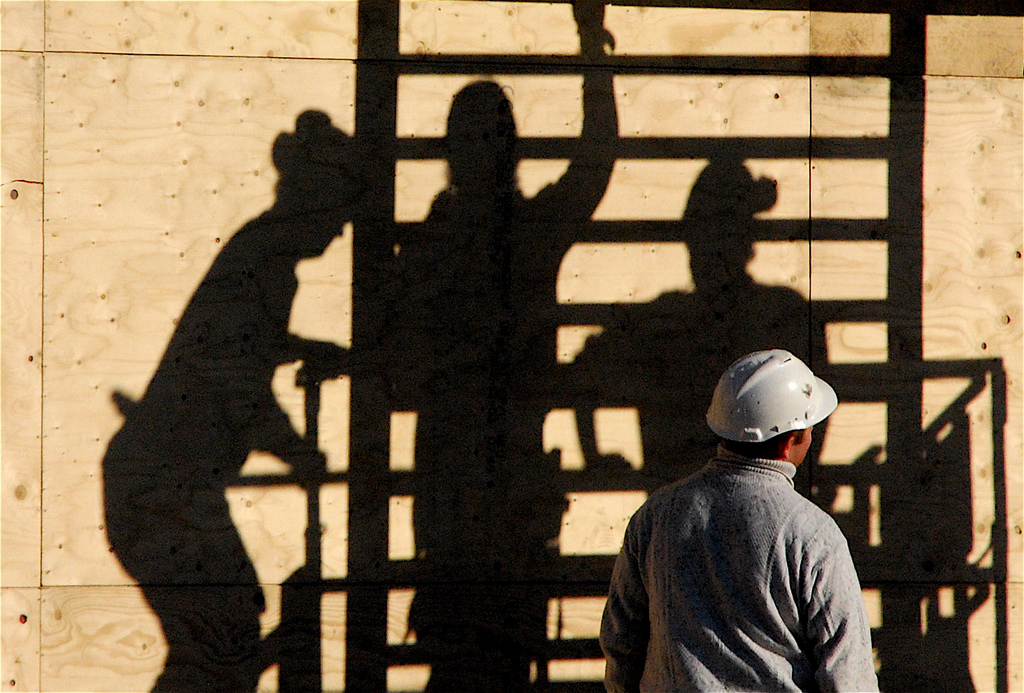 One of the reasons often cited to explain the importance of immigrant workers to the U.S. economy is the presumption that immigrants perform jobs that U.S. natives are unwilling to take. Numerous studies show that immigrant workers complement the native-born in various ways. But in spite of the growing evidence, restrictionist groups recurrently argue that inflows of immigrants negatively affect the native-born labor force as a whole, and less-educated working-class individuals in particular.

The reality is that, in general, native-born workers do not compete with immigrants for the same jobs. And to a large extent that is because “unemployed natives and employed recent immigrants tend to have different levels of education, to live in different parts of the country, to have experience in different occupations, and to have different amounts of work experience.” In particular, immigrant workers tend to specialize in occupations intensive in manual, physical labor, while natives tend to work in jobs more intensive in communication and language tasks.

Adding more nuance to the “complementarity thesis,” a recent publication by economist Madeline Zavodny shows that immigrants are more likely than natives to work in jobs that are more physically demanding. In other words, on average, immigrants tend to do jobs that require more physical effort.

There are a number of reasons why the foreign-born are more likely to hold more physically strenuous jobs. According to Zavodny, some of those reasons are that immigrants tend to have different skills and expertise than U.S. natives, a large proportion of them are undocumented, they tend to be healthier when they first come to the country, and they may have different expectations regarding working conditions compared to U.S. natives.

Ironically, the results of this objective assessment are not reflected in the perception that immigrants have regarding their job requirements. Specifically, immigrants do not perceive their occupations as being more physically demanding than those of native-born workers. There are several possible reasons for the split between how immigrants think about their job demands compared to native-born workers. According to Zavodny, immigrants and natives may have different criteria to assess what a physically onerous job is, based on different expectations. And because workers choose their jobs, they may not perceive the arduousness of more demanding occupations. It may very well be the case that because immigrants do not perceive physically demanding jobs as being onerous, they are willing to take them.

These results are meaningful in more than one way. On the one hand, they lend support to the idea that immigrants are willing to do jobs that U.S.-born workers are not willing to pursue. On the other hand, this implies that because they are more likely to take these jobs, immigrants are exposed to greater risks. Not surprisingly, sectors of the economy with more physical requirements (e.g., construction, mining, and agriculture) also present more workplace risks. A previous study by economists Pia Orrenius and Zavodny has actually shown that immigrants are more likely to work in risky jobs than U.S.-born workers.

This analysis sheds light on two very important issues. It reasserts that immigrant workers fill a key economic need by being willing to do jobs that U.S. workers are less likely to do. Thus, the immigration system should address the country’s labor needs by providing appropriate mechanisms by which immigrant workers can come to the country legally. And the study also indirectly draws attention to the need for adequate worker protections for everyone. Because immigrants, particularly undocumented immigrants, work in some of the most physically demanding and dangerous jobs, they are often the most vulnerable when protections are inadequate. Safe working conditions thus become an important, but often overlooked factor, in the significance of immigration reform.