The Truth Behind the Fear-Mongering Around Immigration Executive Action 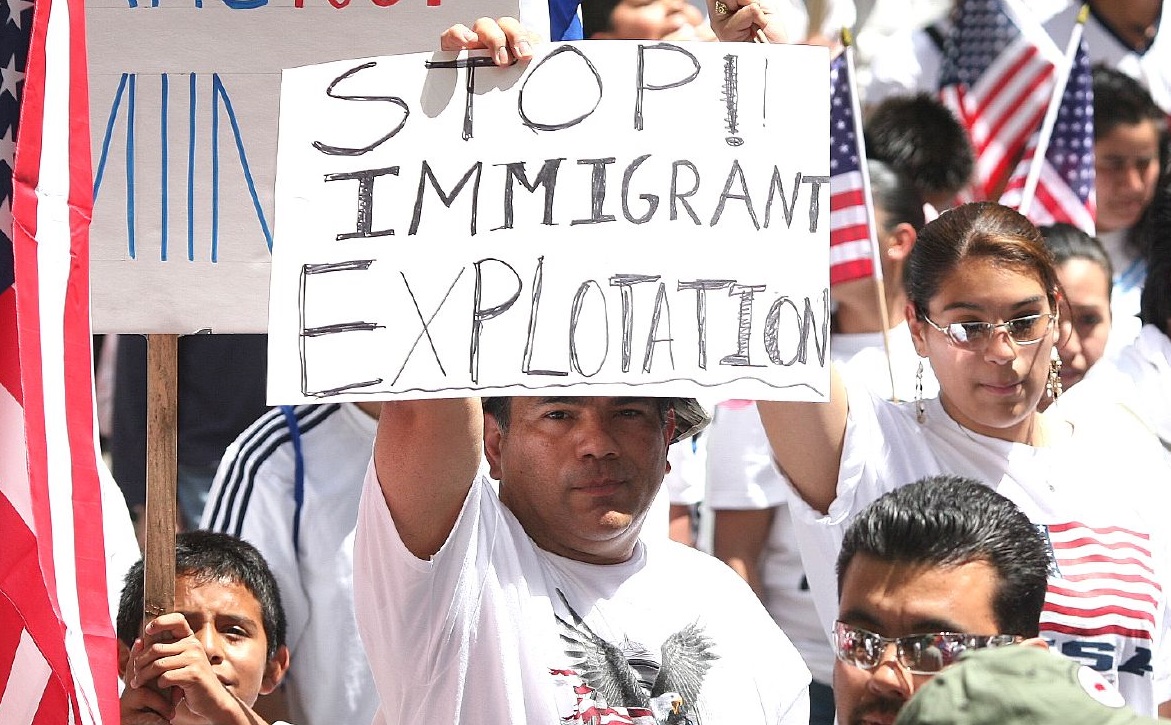 The anti-immigrant crowd’s latest arguments against executive action are emerging. Not surprising, they are no different than the ones they have long levied against legislative efforts at immigration reform. Their linguistic fear-mongering includes the mischaracterization of temporary reprieves from deportation as amnesty/green cards and citizenship for all, as well as pushing the myth that immigrants hurt the labor force and economy and represent a fiscal burden. They will also continue to try to persuade the public that not knowing who is in our country is somehow safer than having everyone registered and on our radar.

The program that President Obama is likely to announce is rumored to be something like the DACA program, which will likely be expanded to include the parents of U.S. citizen children, legal permanent residents and potentially DACA enrollees. Deferred action is a temporary, two-year renewable deferral from deportation. It is not a green card, nor does it put an individual on the road to U.S. citizenship. When an immigrant is granted deferred action, it means the Department of Homeland Security has deemed the individual a low priority for immigration enforcement and has chosen to exercise its discretion and not deport the individual. Deferred action provides temporary relief from enforcement but may be revoked at any time. It is not amnesty or immunity. It does not provide lawful immigration status or a path to a green card or citizenship. It does not extend to any family members of the person granted deferred action.

On the argument that all immigrants will automatically represent a fiscal burden by becoming eligible for public benefits, the National Immigration Law Center explains how access to public benefits is tightly restricted for those who are not U.S. Citizens and denied to those who don’t have legal status. In other words, if the Deferred Action for Childhood Arrivals (DACA) program is any guide, beneficiaries of deferred action will be barred from access to public benefit programs, including access to health care under the Affordable Care Act.

As for the concept that immigrants somehow hurt the labor force, research simply shows this is not true:

Immigrants are not the cause of unemployment in the United States. Empirical research has demonstrated repeatedly that there is no correlation between immigration and unemployment. In fact, immigrants—including the unauthorized—create jobs through their purchasing power and their entrepreneurship, buying goods and services from U.S. businesses and creating their own businesses, both of which sustain U.S. jobs. The presence of new immigrant workers and consumers in an area also spurs the expansion of businesses, which creates new jobs. In addition, immigrants and native-born workers are usually not competing in the same job markets because they tend to have different levels of education, work in different occupations, specialize in different tasks, and live in different places.

Finally, the idea that more people registered with the immigration agencies makes us less safe is absurd. By asking millions of individuals, to come forward and submit their finger prints and undergo criminal background checks, makes our nation more secure not less. Also, if speculation is true and programs like Secure Communities are scaled back or fewer immigration holds (detainers) are issued, this only enables enforcement agencies to focus on border removals of new arrivals over the deportation of long-time residents. Data shows fewer detainers does not and has not equaled fewer deportations. The idea of targeting for arrest those who are truly public safety threats and recent arrivals with no legal means of staying rather than mothers and fathers with deep roots in the U.S. is actually smart enforcement.

The extreme restrictionists who have driven immigration policy in America for far too long will not give up without a fight. They know they are on the verge of defeat and will use all the rhetorical and political tools in their chest to bring an end to any progress on immigration reform.