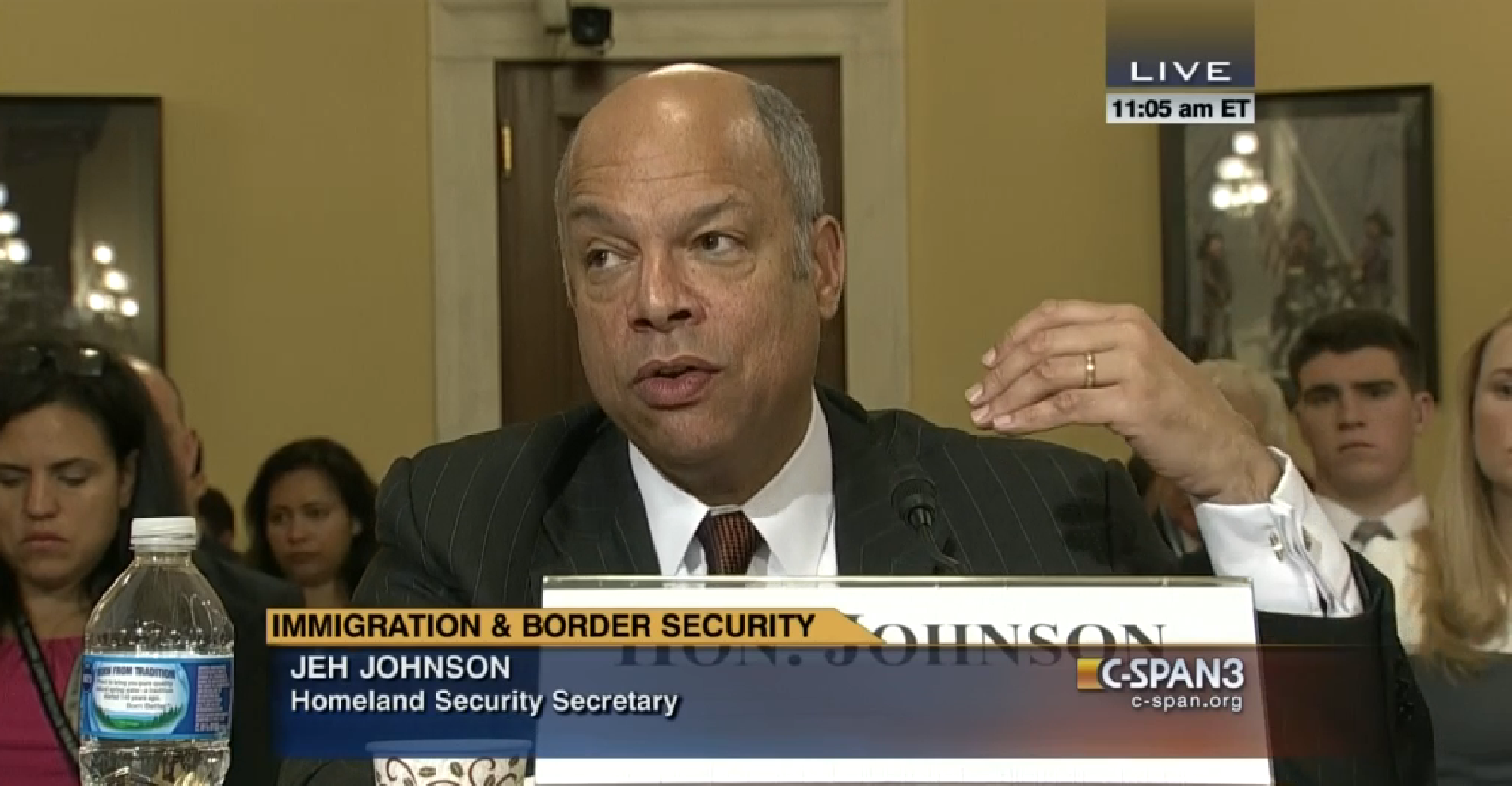 There are two competing and politically charged narratives about President Obama’s executive actions on immigration and what they mean for U.S. security and the U.S. economy. One of these narratives maintains that the President’s decision to defer deportations of many unauthorized parents of U.S. citizens and Lawful Permanent Residents will enhance national security by bringing millions of unauthorized immigrants out of the shadows, and will provide a modest boost to the economy by drawing more workers into the tax system. The other narrative, however, portrays the president’s actions in nightmarish terms, predicting that the United States will be flooded by new unauthorized immigrants looking for “amnesty” and that increased job competition from immigrant workers will spell doom for unemployed Americans.

Both of these narratives were on full display during the questioning of Jeh Johnson, secretary of the Department of Homeland Security (DHS), at Tuesday’s House Homeland Security Committee hearing. The over-blown title of the hearing, “Open Borders: The Impact of Presidential Amnesty on Border Security,” was a clear indication that the more negative of the two narratives held sway among the majority on the committee. In his opening statement, Committee Chairman Michael McCaul (R-TX) referred to the president’s actions as an unconstitutional “power grab” that will entice many more unauthorized immigrants, adults and unaccompanied children alike, to come to this country without authorization.

In contrast, Ranking Member Bennie G. Thompson (D-MS) noted in his opening statement that, since 1956, both Republican and Democratic presidents have exercised executive authority to grant relief to specified groups of immigrants on 39 occasions. This includes the “Family Fairness” program under which Presidents Ronald Reagan and George Bush Sr. granted temporary relief from deportation to the unauthorized spouses and children of immigrants who had acquired legal status through the 1986 Immigration Reform and Control Act (IRCA). Thompson also pointed out that since recent border-crossers are not eligible for relief under President Obama’s program, it is unlikely to spur a massive surge in new unauthorized immigration.

For his part, Johnson vigorously defended the president’s actions. In answering the charges that the administration had created an “amnesty” program, he pointed out that beneficiaries of President Obama’s plan would temporarily receive “lawful presence” in the United States—not lawful status, not U.S. citizenship. Nevertheless, it would have a positive impact on the nation’s security. As Johnson explained during the hearing, millions of people would submit to national-security and criminal background checks in order to receive deferred action. Limited enforcement resources would then be better focused on genuine threats, such as violent criminals and terrorists, rather than janitors and nannies who lack work authorization.

In addition, as Johnson and some members of the committee pointed out, many more people would be paying into the tax system under the deferred action scenario. According to the White House Council of Economic Advisers, this could raise U.S. Gross Domestic Product (GDP) by as much as $210 billion and reduce the deficit by $60 billion over the next decade. Moreover, native-born workers would see a 0.3 percent increase in their wages. Similarly, the Center for American Progress has estimated that the granting of temporary work permits to unauthorized immigrants “would increase payroll tax revenues by $6.08 billion in the first year alone and increase revenues by $44.96 billion over five years.” As for the specter of ruinous job competition from newly empowered immigrants with work authorization—a central concern of Rep. Lou Barletta (R-PA) during the hearing—there is a rather simple counter-argument: the immigrants in question are already here and they are already working.

Despite claims made by some members of the committee that President Obama’s executive actions on immigration constitute a lawless assault on U.S. democracy itself, Johnson summed up the actions as a matter of “simple common sense.” And he said that the actions are merely a first step and it is now up to Congress to pass immigration legislation that is comprehensive in scope. Near the end of the hearing, Rep Peter T. King (R-NY) berated the administration for not giving Congress a chance to act before going it alone. Johnson simply replied, “We’ve waited years for Congress to act.”

The administration has stopped waiting. It remains to be seen whether or not Congress will catch up.