What Happened at the Meeting Between the Mexican and U.S. Presidents 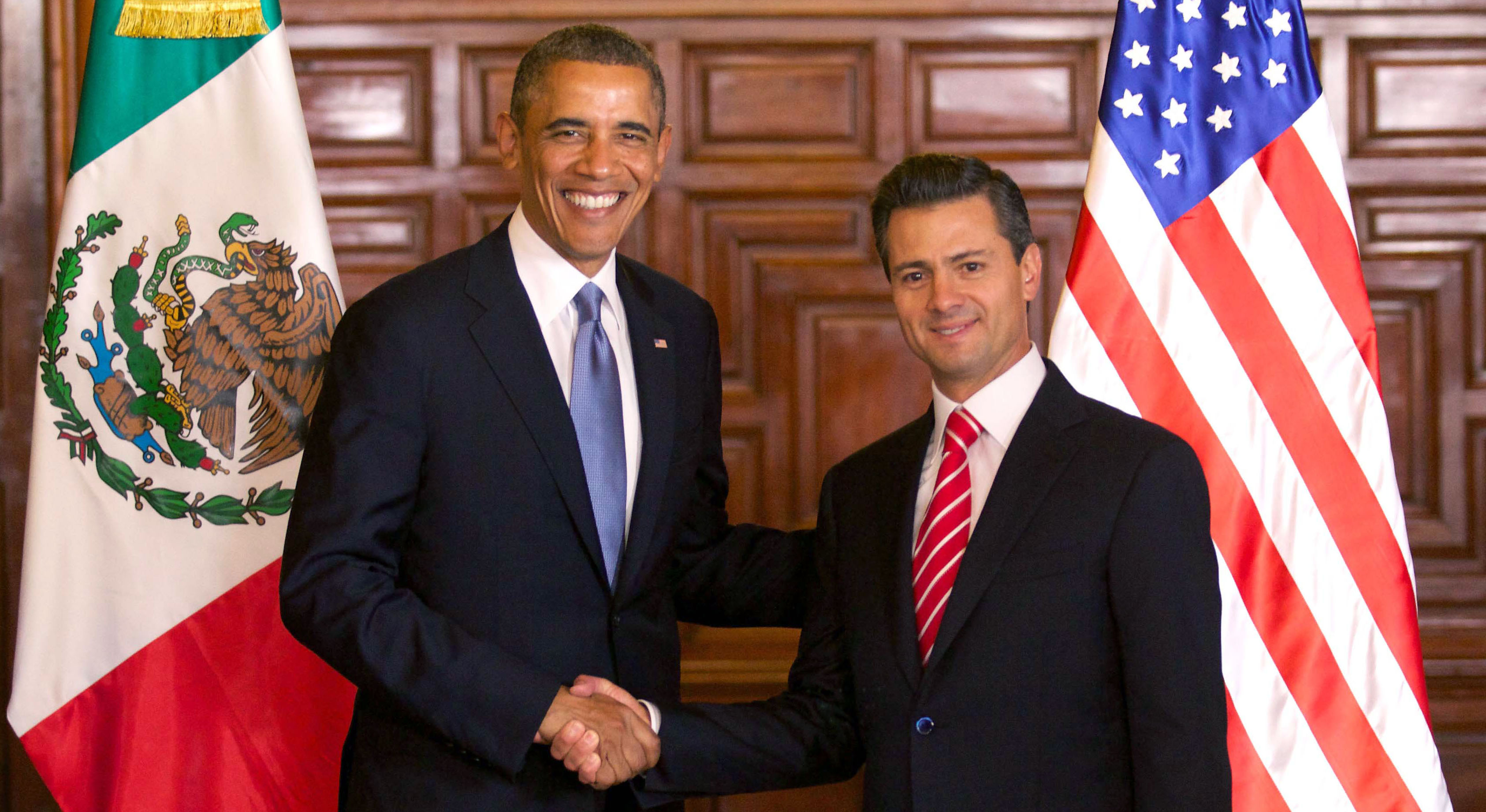 The U.S. and Mexico share a nearly 2,000 mile border, and most of the immigrants in the U.S. are from Mexico. The relationship between the two countries runs deeper than just immigration even though attention in the last year has focused on the record number of children and families who crossed the U.S.-Mexico border to flee violence and persecution in Central America. To continue discussions that began in 2013, President Obama and Mexican President Enrique Peña Nieto met this week at the White House to discuss immigration among other topics.

Prior to the presidents’ meeting, Vice President Joe Biden hosted a meeting between senior U.S. and Mexican officials about strengthening the economic ties between the nations. Mexico is the United States’ third largest trading partner, after Canada and China, in terms of total trade in goods, and the U.S. is Mexico’s largest trading partner. Penny Pritzker, the secretary of commerce, told The New York Times that trade between the two countries hit a high of $50 billion last October as infrastructure improvements on both sides of the border continue to help.

When it comes to border security, Peña Nieto said he would “maintain greater control of the southern border” of Mexico that many of the migrants from El Salvador, Honduras, and Guatemala first crossed on their way to the United States. According to The Hill, “Obama also pressed the Mexican leader to ramp up patrolling of ‘La Bestia,’ a network of freight trains that illegal immigrants regularly utilized to enter the United States.” White House press secretary Josh Earnest said the U.S. has worked closely with Mexico to “enforce tighter border controls along their southern border and try to shut down the convenience of that transportation.” On the U.S. side of the border, President Obama said, “We’re also going to be much more aggressive at the border in ensuring that people come through the system legally.”

Peña Nieto also praised President Obama for his recent executive actions that will provide deportation relief to millions of qualified immigrants. He said Mexico would “be doing everything it can” to prevent “misinformation or abuses — especially of the organized crime groups, groups that are doing human trafficking.” President Obama said the Mexican government is helping to “send a very clear message” that the new program does not include new immigrants.

For Mexican citizens who qualify to apply for the two executive action programs—expanded Deferred Action for Childhood Arrivals (DACA) and Deferred Action for Parents of Americans and Lawful Permanent Residents (DAPA)—Peña Nieto said Mexico aims to make it easier for immigrants to get the documents they need. That includes Mexican consulates providing birth certificates to Mexican citizens living in the U.S. instead of requiring a trip back to Mexico. And Peña Nieto said he would push for President Obama to make sure immigration officials would accept “Matrícula Consular” cards, which show how long someone has lived abroad, as part of the application process for DAPA. The cards are accepted for current DACA applicants, but the U.S. Citizenship and Immigration Services has not developed its final guidance on the DAPA application process.

Mexico and the United States have a shared interest to both keep the border safe and secure while remembering our important shared trade interests that should prevent us from allowing it to become sealed and cutting off important economic connections between the two countries.