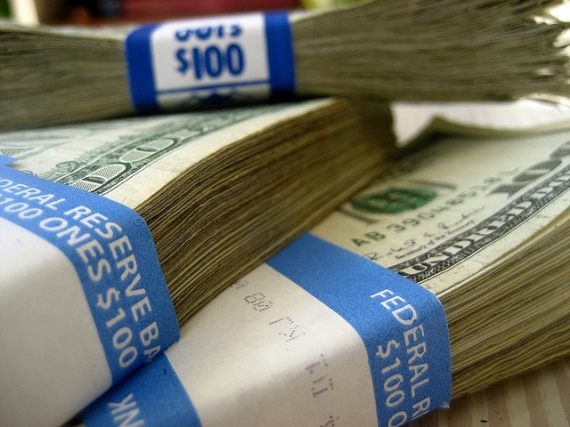 As the Center for American Progress (CAP) points out in a new analysis, immigrants with legal status earn more than immigrants who don’t have legal status. Immigrants who earn more also buy more goods and services from U.S. businesses (not to mention paying more in taxes). And all of this extra spending creates new jobs in U.S. businesses for native-born and foreign-born workers alike. This is not a complicated economic argument to grasp. In fact, it’s common sense; workers who have legal status can change jobs more easily and don’t find themselves stuck in the lowest-wage jobs. Hence the importance of passing comprehensive immigration reform legislation—or, as a stop-gap measure until Congress gets its act together, implementing the Obama Administration’s “deferred action” initiatives.

These initiatives include an expansion of the Deferred Action for Childhood Arrivals (DACA) program and the creation of a new Deferred Action for Parents of Americans and Lawful Permanent Residents (DAPA) program. DACA offers temporary relief from deportation (and temporary work authorization) to qualified young adults who were brought to the United States as children. DAPA grants temporary relief from deportation, as well as temporary work authorization, to some unauthorized parents of U.S. citizens or lawful permanent residents. Apart from the humanitarian reasons for putting these programs into action, there is a dollars-and-cents argument as well: if millions of unauthorized workers acquire even temporary work authorization, they will make more, spend more, and pay more in taxes—which will be a boon to the U.S. economy as a whole and to U.S. workers regardless of where they were born.

The new analysis from CAP, “Assessing the Economic Impacts of Granting Deferred Action Through DACA and DAPA,” succinctly lays out the economic benefits of the deferred action programs:

“As DACA and DAPA recipients earn higher wages—an estimated total of $103 billion more over the next decade—the U.S. gross domestic product, or GDP, will increase cumulatively by $230 billion over the next 10 years. And it is not just beneficiaries of deferred action who will see wage gains: A booming economy will increase the incomes of all Americans by an estimated $124 billion. The growth in economic activity will also create an average of 28,814 jobs per year over the next 10 years for all Americans.”

The CAP analysis is not the first to reach more or less the same conclusion. For instance, the White House Council of Economic Advisers (CEA) has estimated that DACA/DAPA would, over the next 10 years, increase GDP by at least 0.4 percent ($90 billion) or as much as 0.9 percent ($210 billion); decrease federal deficits somewhere between $25 billion and $60 billion; and raise average wages for U.S.-born workers by 0.3 percent, or $170 in today’s dollars.

Apparently, the self-evident benefits of having a legal workforce are not understood by some public officials. Last December, 26 states (led by Texas) filed a lawsuit against the President’s immigration initiatives. Among other things, the lawsuit argued that the initiatives would impose significant costs upon state governments. The lawsuit made no mention of the broader economic benefits. In February, Judge Andrew Hanen of the Southern District of Texas went along with that reasoning and issued a preliminary injunction against the programs, thereby temporarily blocking them.

In the ideologically charged environment surrounding the President’s deferred action initiatives, facts frequently go by the wayside. And that is what is happening in the case of the lawsuit and Judge Hanen’s opinions in its favor. Myth and hyperbole about the “costs of unauthorized immigration” pervade Judge Hanen’s courtroom, leaving no room for any serious discussion of the humanitarian reasons deferred action is necessary, the economic gains it would produce, or the urgent need to actually fix the U.S. immigration system rather than playing political games with it.