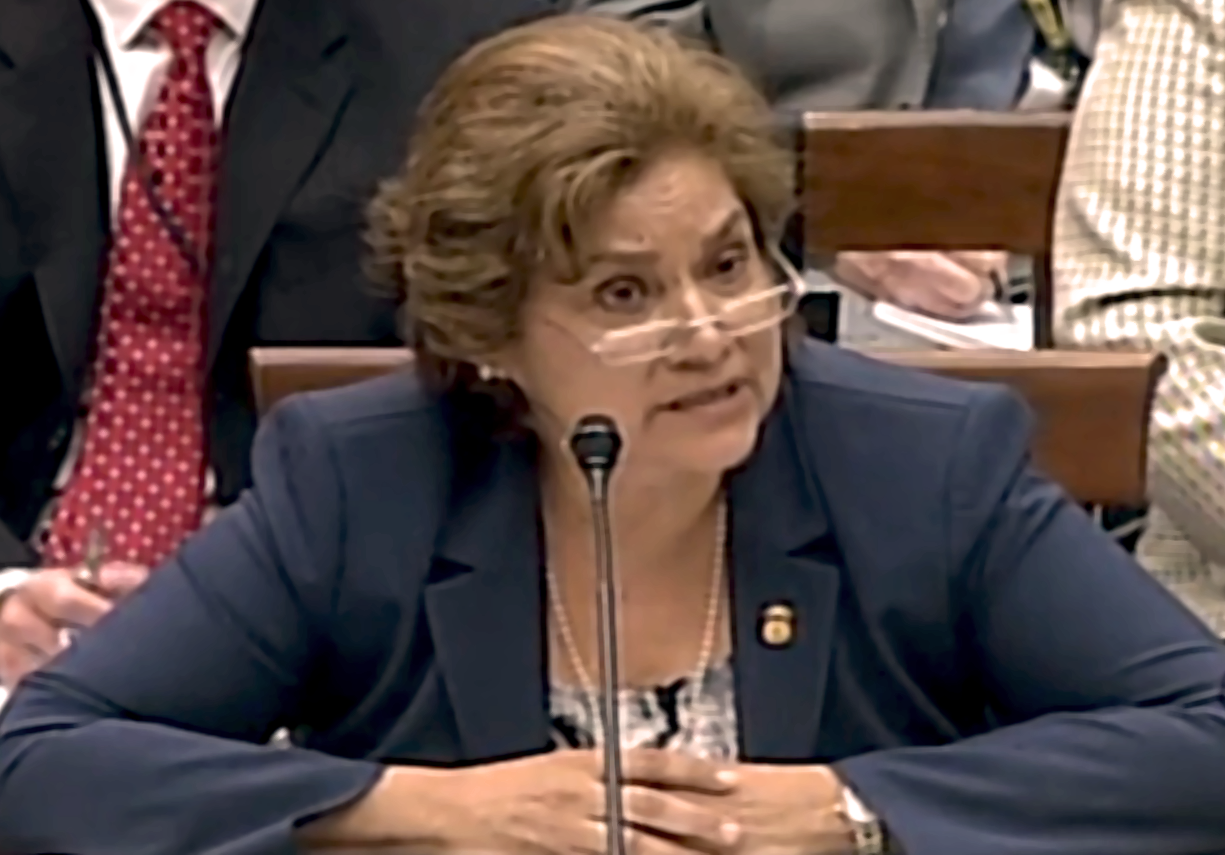 On Tuesday, new Immigration and Customs Enforcement (ICE) Director Sarah Saldaña, responsible for immigration enforcement inside the United States, testified for the first time to the U.S. House of Representatives’ Judiciary Committee. Saldaña defended ICE’s implementation of its new enforcement priorities, promised to convince local jurisdictions to cooperate with ICE, and received sharp questioning regarding ICE’s detention of Central American families and children fleeing violence, among other issues.

First, Saldaña aggressively defended the immigration enforcement priorities that Department of Homeland Security (DHS) Secretary Jeh Johnson issued on November 20, 2014, as part of President Obama’s executive actions on immigration. Those priorities emphasize removal of public safety and national security threats, multiple offenders, and recent border crossers. Saldaña called the priorities “directed in a rational way,” and said, “I can’t enforce all the laws, but I can enforce priorities.”

Saldaña also said that ICE officers follow these priorities because of “substantial training,” and held up a card outlining the priorities that she and every ICE officer carries with them. That said, Rep. Zoe Lofgren (D-CA) pointed out that ICE may exercise discretion under Johnson’s memo even for priority individuals who have “compelling circumstances”—such as Pastor Max Villatoro, a Mennonite pastor in Iowa whom ICE deported for 16-year-old convictions. Rep. John Conyers (D-MI) said that “actions speak louder than words.”

Second, Saldaña announced her “cross country tour” to try to convince local jurisdictions to cooperate with ICE in removing noncitizen criminal offenders. Over 250 jurisdictions across the country have stopped honoring ICE “detainer” requests to hold noncitizens, because of concerns about liability, constitutionality, and the proportionality of ICE deporting minor offenders. Secretary Johnson has announced the end of Secure Communities “as we know it,” and the launch of the new “Priority Enforcement Program” (PEP), to largely replace ICE’s detainer requests to local governments with notification requests. Saldaña stated her intention to assure local jurisdictions and NGOs that “PEP is different,” and that “we’re looking at priority enforcement, not just undocumented immigrant enforcement.” She also apologized for creating “confusion” by her prior comments supporting a mandatory detainer policy for local jurisdictions.

Reactions to her detainer comments were mixed. On the one hand, Committee Chairman Rep. Bob Goodlatte (R-VA) said that “politely asking for cooperation from sanctuary cities is a fool’s errand.” On the other hand, Rep. Luis Gutierrez (D-IL) said that “the experiments of democracies are best conducted by local government,” and in Chicago, “we don’t want immigration carried out by local police departments.”

Third, Saldaña received pointed criticism on ICE’s family detention policies from nearly every Committee minority Member. Rep. Lofgren pointed out that although President Obama’s policy was to prioritize “felons, not families,” ICE is detaining increasing numbers of “families, not felons.” Rep. Judy Chu (D-CA) and others asked how family detention was consistent with ICE’s policy to avoid expending detention resources on ill and vulnerable populations. Several members noted the recent hunger strikes at the Karnes facility in Texas, and reports of punitive segregation of the leaders. Rep. Hank Johnson (D-GA) asked for detailed reports on ICE’s segregation policies in family detention. Others pointed out medical and psychological evidence of the harms of family detention. Chu summed it up by saying, “There is no way to detain families humanely.”

Saldaña conceded that “families in general are not a public safety” risk, but defended the facilities as operating “securely, safely, and humanely.” She also asked for more funding for judges and lawyers for children, to speed adjudication and thus reduce detention, as the President’s FY 2016 budget request asks for.

Overall, Saldaña received a Goldilocks reaction to ICE’s post-executive order enforcement activities. Some member said “too much” enforcement, some said “too little,” but no one said “just right.” Ultimately, what her testimony demonstrated was the inadequacy of enforcement discretion alone as a permanent solution to our dysfunctional immigration system.