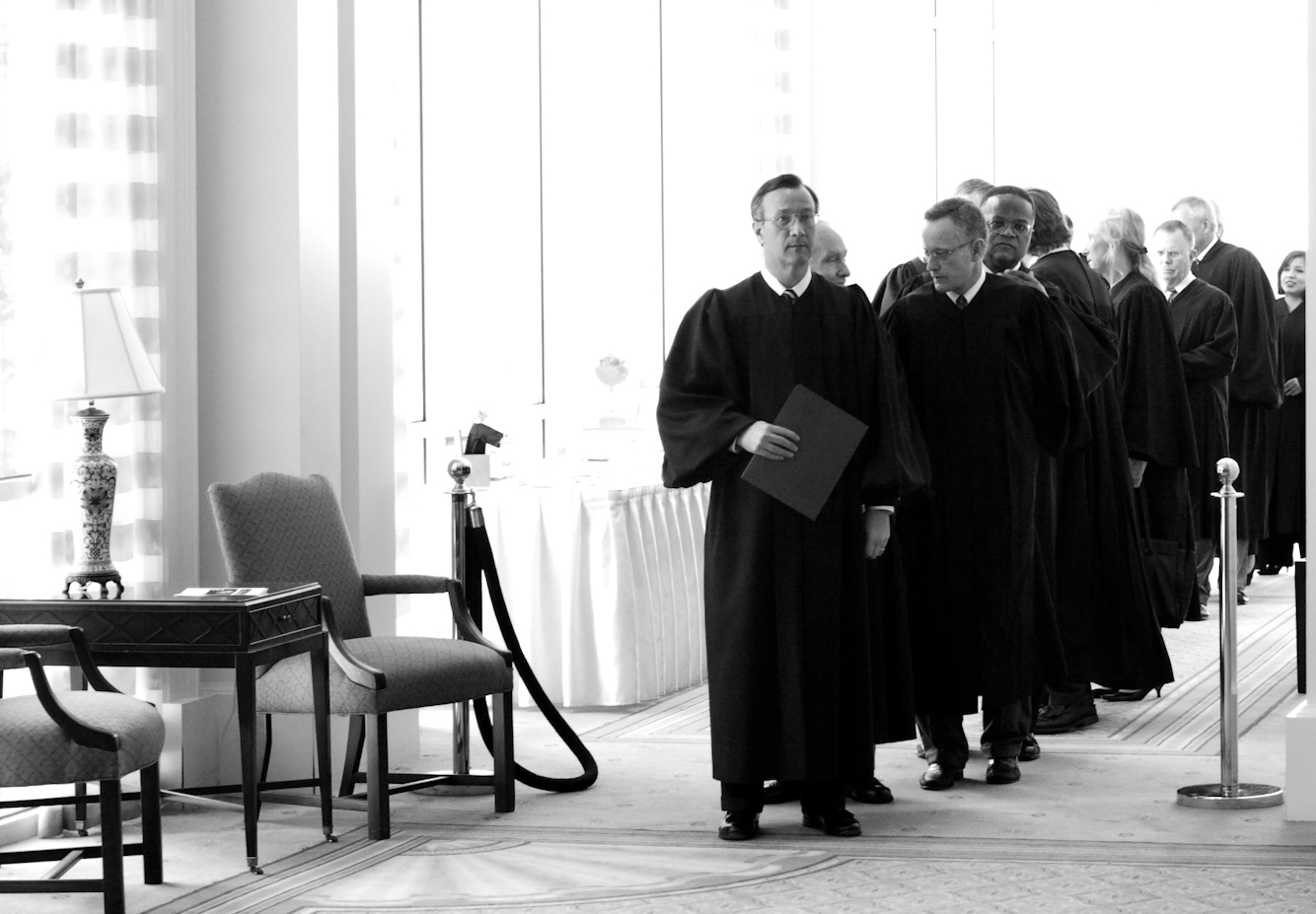 While Congress has increased immigration enforcement funding exponentially over the past decade, Congress has yet to provide the immigration courts commensurate funding to handle the hundreds of thousands of new removal cases courts receive each year. Each immigration judge was handling over 1,400 “matters” a year on average at the end of FY 2014—far more than federal judges (566 cases/year in 2011) or Social Security administrative law judges (544 hearings/year in 2007). Some judges reportedly have over 3,000 cases on their docket. The resulting backlog—which has increased 163% since 2003—has led to average hearing delays of over a year-and-a-half, according to a recent report, with serious adverse consequences.

These enormous backlogs and delays benefit neither immigrants nor the government—keeping those with valid claims in limbo and often in detention, delaying removal of those without valid claims, and calling into question the integrity of the immigration justice system.

As the Committee’s report on the bill states, the Committee recommended an increase of $74,719,000 or 21.5 percent to the Department of Justice’s Executive Office for Immigration Review (EOIR) for 55 additional Immigration Judge teams. The bill also funds enhancements to video teleconferencing and information technology capacity, as well as additional immigration support in coordination with Department of Homeland Security enforcement initiatives. The Committee expected that the EOIR would deploy additional immigration judges and supporting personnel to areas with the highest workload.

Despite this welcome news, more needs to be done to create a more efficient and fair judicial process—most significantly, providing immigrants a meaningful right to counsel. The House Committee did not fund the Obama Administration’s request for $50 million for lawyers for children—leaving minors, including very young children, to continue to represent themselves in immigration court. This is neither moral nor practical, and unnecessarily burdens judges who would prefer to conduct fair hearings more expeditiously. Nor does the bill expand funding for DOJ’s legal orientation program, which provides “know-your-rights” presentations to detainees.