Insider Speaks Out Alongside Formerly Detained Mothers Seeking Protection in the U.S. 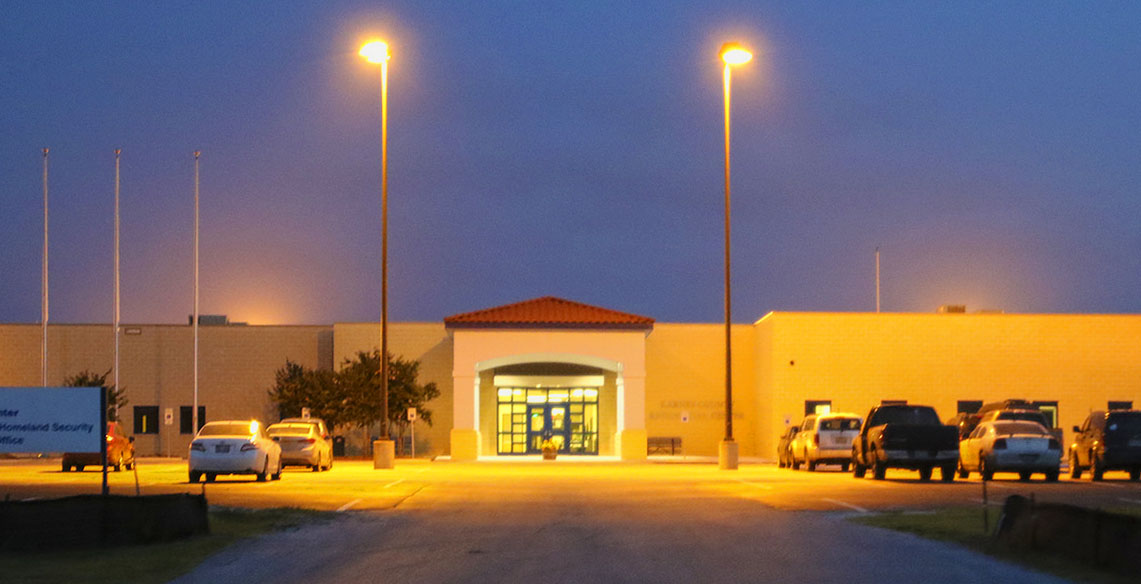 At a congressional briefing held earlier this week, Dr. Olivia López spoke out about her experiences as a former social worker at the Karnes family detention center alongside formerly detained mothers, advocates and members of Congress.

Dr. López felt compelled to resign from her position in April after her employer, GEO Group, Inc. (GEO), a private prison corporation running the Karnes facility, asked her to do things that ran contrary to her professional ethics and put her social work license at risk. For example, she was documenting details of women’s cases and providing information on the grievance process at the facility, but her supervisor told her never to leave a paper trail and that she could not advise or alert women to the grievance process. She was even reprimanded for showing the mothers a map of the United States, so that they understood where they were being held. Dr. López also described witnessing a seven-week-old infant being rushed to hospital for a cranial bleed; her mother had repeatedly tried to access medical care.

Two formerly detained mothers, Sonia Hernández and Gladys Dubon-Chifas, spoke about the conditions they endured in detention at the briefing. Hernández, with her three children, fled gang violence in her native El Salvador and was detained for 315 days. She said that one GEO employee told her, “You won’t get out of here, there is plenty of room to bury you all.” Hernández was one of the mothers who participated in the March 2015 hunger strike, as well as a letter writing campaign to President Obama, the Pope, and ICE Director Sarah Saldaña. She described how united the women were in the face of such adversity and that when ICE was in the process of deporting one woman, who had recently attempted suicide, the facility officials cut the telephone lines so that none of the mothers could alert attorneys outside the facility.

Hernández said that her children will be forever marked by their more than ten months of detention and that her three-year-old son clings to her side and asks, “Mommy, are we going back to Room 108?” Hernández asked that the detention centers be closed and that we “stop affecting children in this way,” stating “there must be a better way to do this.” Dubon-Chifas, who was detained with her then infant daughter for more than 11 months, echoed these thoughts and asked for the detention centers to be closed.

Attorney Barbara Hines discussed the government’s “failed experiment” of family detention and reminded everyone of the troubled history of this practice, including the government’s decision to stop detaining families at the Don T. Hutto facility in 2009. Hines also spoke of the constantly changing rules that impede access to counsel and effective pro bono representation, highlighted earlier this week in a letter to ICE Director Sarah Saldaña by the CARA Family Detention Pro Bono Project. She also acknowledged the “game changing” decision in the Flores case, issued on July 27, which should bring an end to the detention of children and hopefully all families. Further, she pointed to case management models as an alternative to detention. Dr. Luis Zayas, Dean of the School of Social Work at the University of Texas at Austin, agreed and posited the idea of supportive “villages” where the government would act as “guardians, not prison guards” for families fleeing violence, allowing the children and their mothers to recover from their journeys to the United States and prepare for the necessary steps ahead in the asylum seeking process.

Members of Congress whom had participated in a visit to the Dilley and Karnes detention facilities earlier this year, including Representatives Keith Ellison, Raúl M. Grijalva, Zoe Lofgren, Lucille Roybal-Allard, emphasized that it was imperative that the Obama administration not appeal the ruling in Flores. This briefing added to the chorus of voices calling for a permanent end to the practice of family detention.