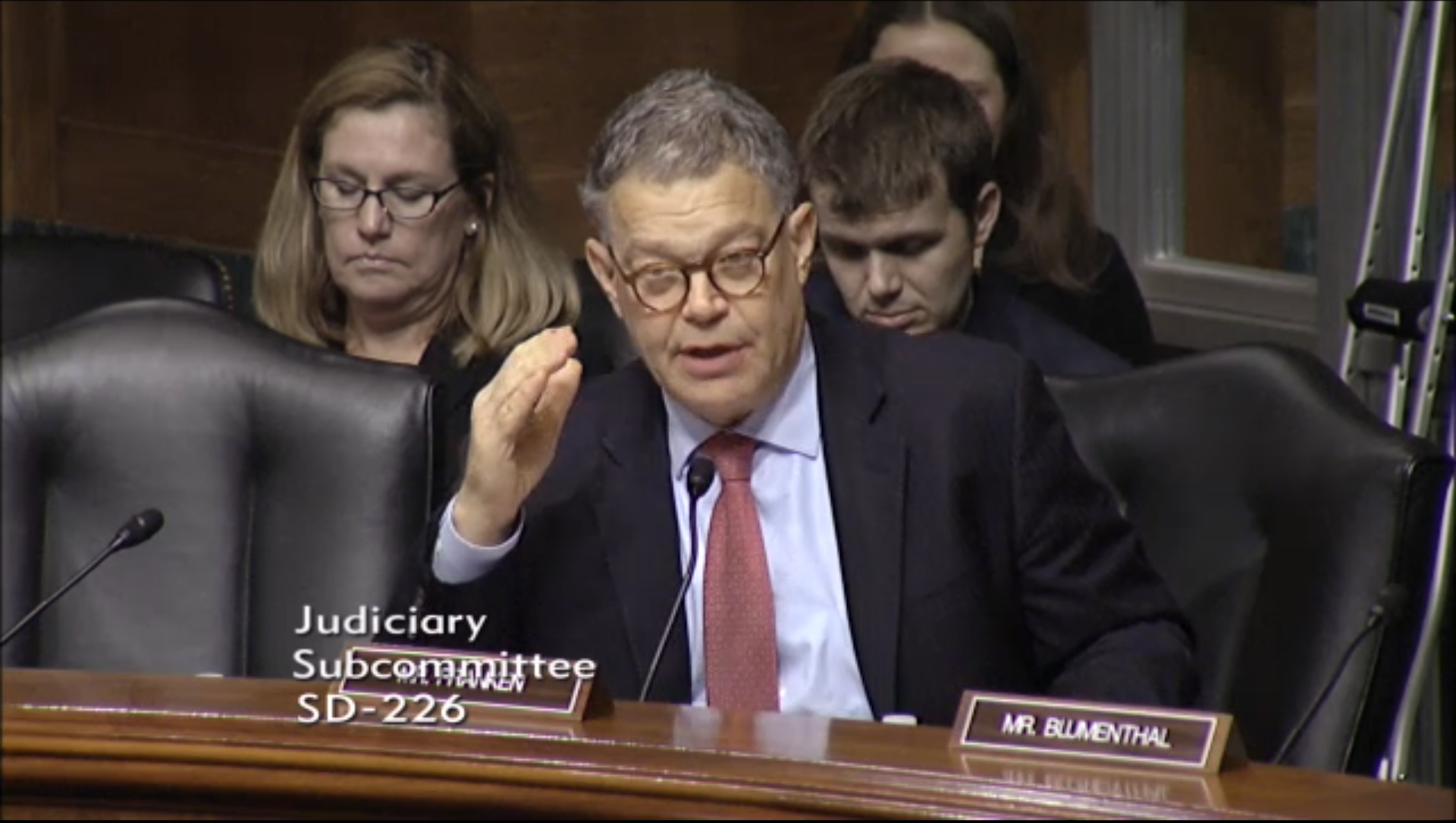 The United States plays an important role in protecting thousands of the world’s most vulnerable people fleeing persecution in their home countries. At no point in U.S. history has this role been more crucial—the violence and devastation in Syria has led to the largest number of refugees since World War II. But at a hearing yesterday, several Senators questioned our government’s ability to adequately screen refugees for security threats. As the government witnesses explained, the United States has robust systems in place to ensure the safety and security of our nation, while also fulfilling our humanitarian and moral obligations.

During the hearing, which was convened by the Senate Judiciary Committee’s Subcommittee on Immigration and the National Interest, the four government witnesses provided an overview of refugees nationwide, the U.S. government’s recent admissions, the interagency infrastructure and collaboration in place to screen and process refugees, and the post-admission resettlement process.

Since the Refugee Act of 1980, the United States has provided refuge to over three million individuals seeking freedom from persecution based on race, religion, nationality, membership in a particular social group, or political opinion. For the last few years, the United States has admitted about 70,000 refugees per year. Recently, President Obama has directed his Administration to accept at least 10,000 Syrian refugees in the next fiscal year and to increase the number of overall refugees to 100,000 from the current level of 70,000 over the next two years. Some Senators pointed out how modest these numbers are. In fact, a broad coalition of organizations have urged the President to do more by increasing the number of refugees that the United States resettles to 200,000 for FY 16, with 100,000 of them being Syrian.

As Senator Franken noted at the hearing, history has proven that we are able to resettle larger numbers of refugees without compromising national security. In order to be admitted as a refugee, a person must pass an extensive screening process that can take up to two years. Government officials perform substantial reviews of applicants to identify potential fraud, criminal or national security issues and conduct an in depth in-person interview for the primary applicant and interviews of all family members age 14 and over. According to United States Citizenship and Immigration Services (USCIS), “Refugee applicants are subject to the highest level of security checks, and a refugee applicant is not approved for travel until the results of all required security checks have been obtained and cleared.”

Some Senators challenged the notion that the individuals we are admitting are actually in need of protection, suggesting that many may be coming to take advantage of benefits provided to refugees. The United States does, in fact, provide refugees with the building blocks and opportunities they will need to succeed in the United States; as one witness stated, these “programs and services assist refugees and other eligible populations to obtain employment and become self-sufficient.” Much of this assistance is available only for the first eight months after admission to the United States. Our investment pays off. Refugees contribute to their new communities in many ways, and as several Senators highlighted, these contributions have enriched communities in their states.

At this moment in time, in the face of a humanitarian crisis necessitating a prompt and generous response, it is understandable that questions about security have been raised. It is impossible to predict the future, as one witness stated, but it is clear that the United States is employing rigorous processes to ensure the safety of everyone within its borders. Now, we should heed the call from Pope Francis earlier this month to “not be taken aback by their numbers, but rather view them as persons, seeing their faces and listening to their stories, trying to respond as best we can to their situation.” The United States must respond to the Syrian crisis by carrying on our long history of welcoming those fleeing dire situations.