Many States Recognize Benefit of Tuition Equity for Undocumented Students 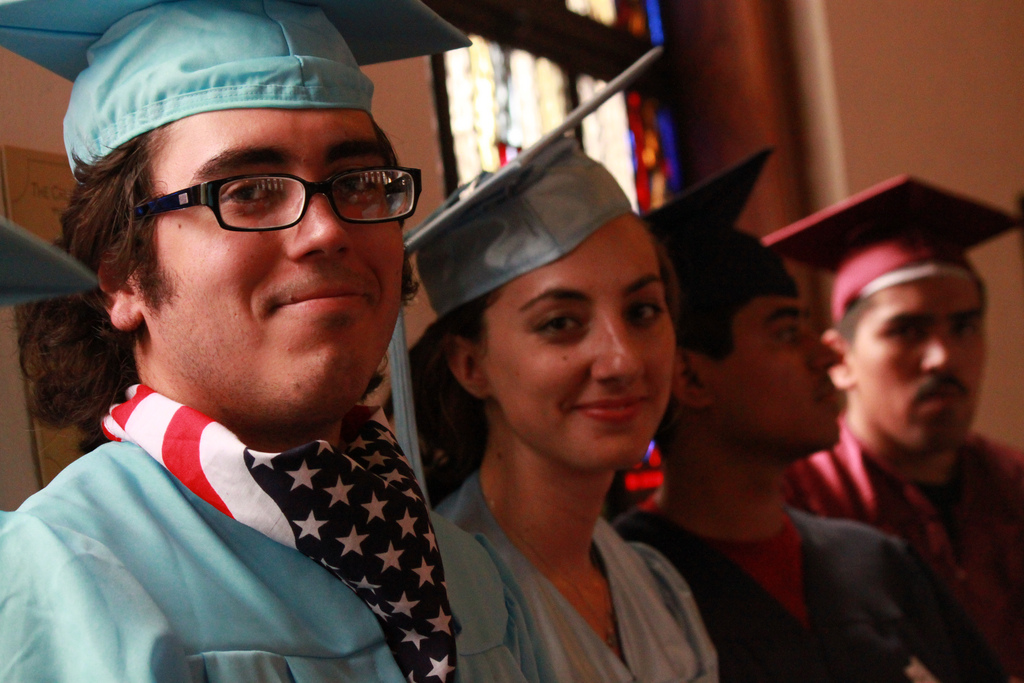 This week, the Migration Policy Institute (MPI) released new information about how the top 15 states of residence for Deferred Action for Childhood Arrivals (DACA)-eligible youth are either supporting or impeding access to college-level education. Given that federal immigration policies affecting undocumented immigrants remain stagnant, it is not surprising that many states are enacting laws that not only recognize the substantial contributions immigrants make in their communities, but also seek to maximize those contributions by helping those without documents reach their full potential in the United States.

With nearly 2 million undocumented youth, or DREAMers, in the country eligible for DACA, tuition equity policies are vital to ensuring this population has access to continuing education and can contribute to society as fully as possible. The majority of the states MPI looked at—nine out of 15—have enacted policies allowing eligible students to receive in-state tuition. In total, 20 states or state university systems have enacted laws or policies that allow eligible undocumented students to pay in-state tuition. In comparison, six states— Alabama, Arizona, Georgia, Indiana, Missouri and South Carolina—have laws that bar undocumented students from in-state tuition benefits.

Yet, unfortunately, even in those states with tuition benefits, the eligibility requirements vary greatly state-to-state. Some offer in-state tuition regardless of status—California, Hawaii, New Mexico, Minnesota, Oklahoma, Oregon, Texas, and Washington all have such policies, for the most part only requiring that a student attend a state high school for 2 or 3 years. Other states link tuition benefits to receiving DACA—Arizona, Alabama, Massachusetts, New Hampshire, Ohio, and Virginia have enacted policies permitting DACA grantees to establish residency for tuition purposes and receive some tuition benefits. Still other states have policies permitting undocumented students, with or without DACA, to apply for public or private scholarships. According to Margie McHugh:

“The differences evident in state approaches and requirements form an unsettling policy patchwork—one where the accident of one’s state of residence could not only greatly influence these youth’s chances of attaining a two- or four-year college degree, but also their ability to earn permanent legal status should future legislation make college attainment a requirement.”

Earlier this year, MPI released a report that provides greater detail regarding these differences and highlights the barriers undocumented youth face in pursuing higher education. The confusing eligibility requirements—for DACA, for in-state tuition, for scholarships, and other benefits—amount to yet more obstacles DREAMers must overcome.

For those that are able to access education, the impact cannot be understated. According to a 2014 report, DACA recipients with at least some college education are more likely to obtain a new job and increase their earnings. This means more money is being channeled into local and national economies as well. According to MPI, after in-state tuition legislation passed, DREAMers were able to enroll in more classes per semester, which dramatically decreases the time it takes to earn a degree. The cost and time it takes to earn a degree are major factors for anyone considering higher education—this is even truer for undocumented youth who face additional challenges because of their status.

As the MPI reports show, some states are doing their part to alleviate some of the financial burden through tuition equity policies, but the disparate approaches—and outright legal obstacles in some states—mean that college degrees remain out of reach for many undocumented youth. Importantly, some proposed federal legislation to provide legal status to DREAMers requires postsecondary education. When Congress finally passes this or similar legislation, the differences in state policies could have grave implications for people who consider the United States their home, even if they don’t have the paperwork to prove it.