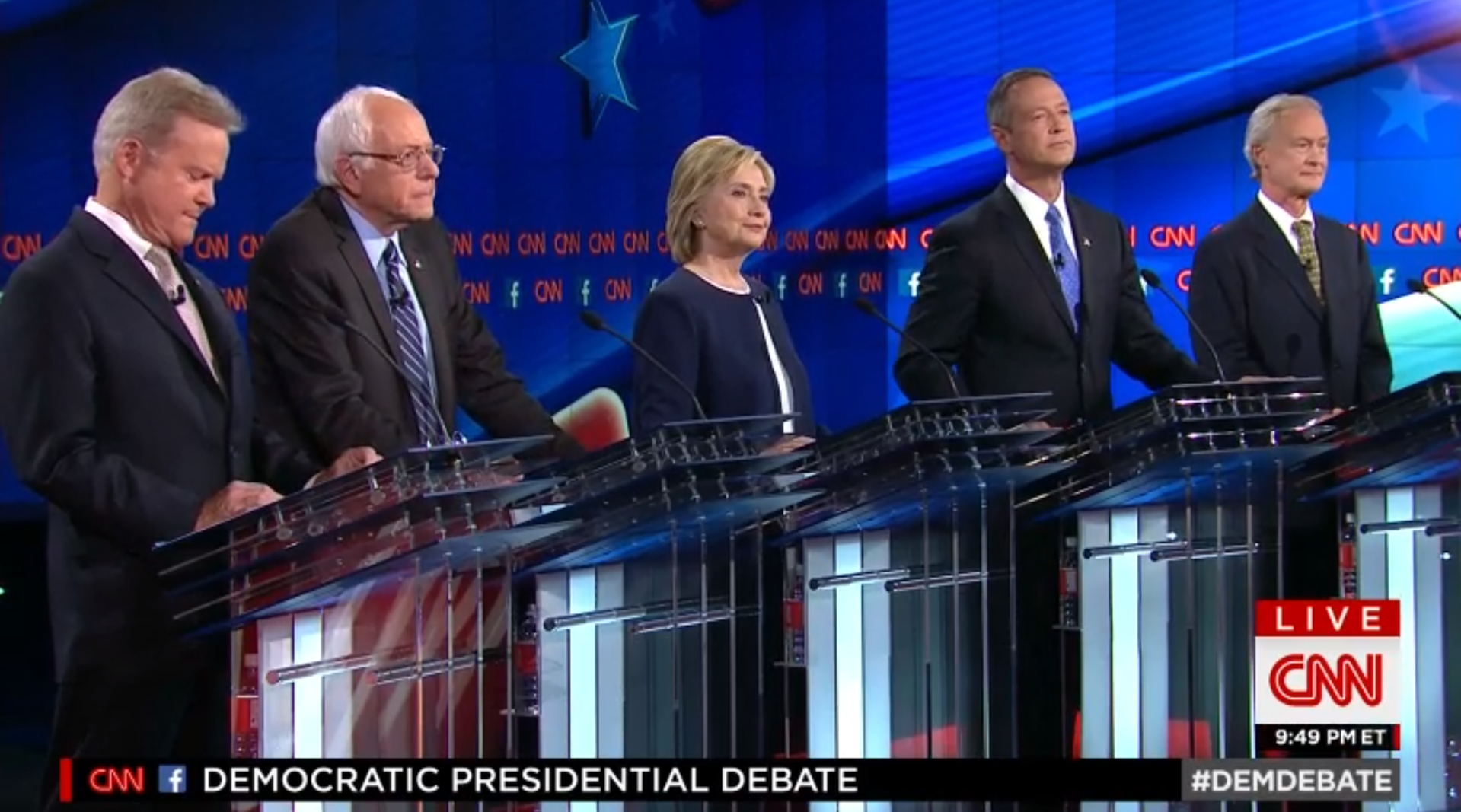 The first Democratic debate of the 2016 presidential campaign was held Tuesday in Nevada, which is home to 529,164 immigrants and the highest percentage of undocumented immigrants of any state. Yet the topic of immigration was not a major topic of discussion, receiving only a few minutes of attention in the 120 minute debate.

Juan Carlos Lopez of CNN en Espanol posed the first immigration question to Vermont Sen. Bernie Sanders on his voting record on comprehensive immigration reform. From there, the candidates dived into their policy positions on additional key immigration issues. Here’s how they responded:

The Democratic debate was a stark contrast from the positions outlined by the Republican candidates at their first primary debate in August, which primarily focused on more enforcement mechanisms and ramped-up border security. As the debate season continues, hopefully we will hear more on their views about pressing immigration issues, including whether they will end family detention, how they will instill more grace and discretion in an overly punitive enforcement system and how they, unlike their predecessors, will actually get Congress to reform immigration.