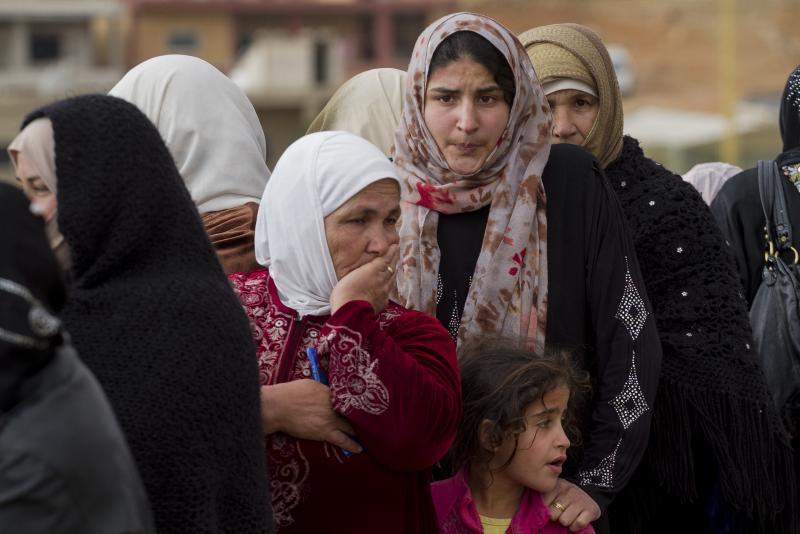 Today, the House of Representatives passed H.R. 4038, the “American Safe Act of 2015” by a vote of 289 to 137, with 47 Democrats and all but two Republicans supporting the bill. This comes less than one week after the horrific attacks in Paris, which have left many feeling vulnerable and fearful. But this knee-jerk legislation—brought to the House floor without first being reviewed and marked up by the relevant House committee—reflects lawmaking at its worst. It sends a message that some of our leaders are willing to compromise our values as Americans, succumb to our fears, and turn our back on our proud history of welcoming those fleeing the most dire situations.

All eyes now shift to the Senate, where Senator Ron Johnson (R-WI), Chairman of the Homeland Security and Government Affairs Committee, has introduced companion legislation to H.R. 4038. The Minority Leader Harry Reid and other Senate Democrats have vowed to block the legislation from coming to the Senate floor for a vote. President Obama has also threatened to veto the bill.

H.R. 4038 would not allow any refugee from Iraq and Syria into the United States until the Federal Bureau of Investigations (FBI) certifies to the Department of Homeland Security (DHS) and the Director of National Intelligence (DNI) that the person has received a background investigation sufficient to determine whether he or she is a U.S. security threat; and may only be admitted to the United States after DHS, with the unanimous concurrence of the FBI and the DNI, certifies to Congress that the refugee is not a threat. These new certification requirements would have the practical effect of stopping Syrian and Iraqi refugees from coming to the United States for a significant period of time until the Obama Administration is able to implement and comply with the new certification requirements.

House Republicans have stated that today’s vote was just the beginning of the legislation they intend to move in response to the attacks in Paris. There are a variety of proposals that could be considered, ranging from legislatively stopping Syrian and other refugees from entering the United States to defunding the entire refugee resettlement program. There also were two hearings held today—one in the House Judiciary Subcommittee on Immigration and Border Security and the other in Senate Homeland Security and Government Affairs Committee—related to Syrian refugees and how to respond to the Paris attacks., During these hearings, some lawmakers raised concerns about the ability of DHS and the Department of State to adequately screen Syrian refugees as well as concerns about the current state of the Visa Waiver Program.

There have also been discussions by Republicans to attach restrictions to next month’s spending bill, which needs to pass by December 11, 2015 to keep the government open, that would bar Syrian and potentially other refugees from coming to the United States.

The next few weeks promise to be busy ones with continued attacks on refugees and the refugee system, despite already robust security checks that are in place. Former of Secretary of State Madeleine Albright responded to the hysteria around refugee admissions best, “These proposals are motivated by fear, not by the facts, and they fly in the face of our country’s proud tradition of admitting refugees from every corner of the globe and every faith background. We have always been a generous nation, and we have in place a rigorous process for refugee resettlement that balances our generosity with our need for security. It works, and it should not be stopped or paused.”