America Offered Them Protection and They Became Part of America 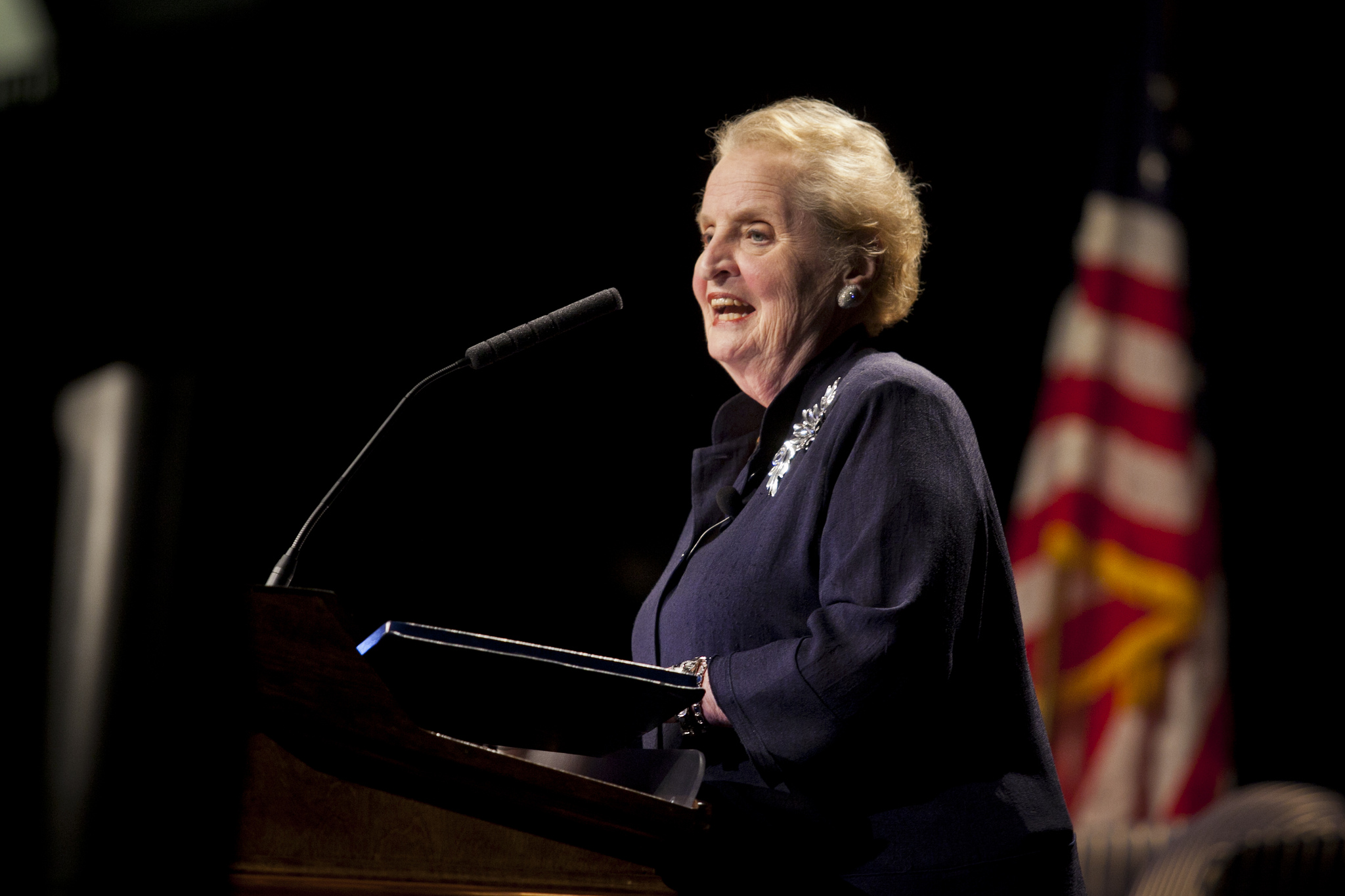 In 2015, displaced people around the world faced incredible challenges. The well-being of refugees and the policy decisions affecting them are still at the forefront of many people’s minds. Some communities have held local rallies to demonstrate their support, while others have taken to social media to defend refugees using hashtags like #RefugeesWelcome. Yet anti-refugee sentiment in the public and political spheres persists. The U.S. is no stranger to conflicting perspectives during international crises. Throughout history, the U.S. has responded at times with generosity and at other times by shutting out those seeking refuge. As the country faces similar challenges today, it is important to remember that when the U.S. did welcome people fleeing persecution and violence, it opened its doors to individuals who in turn made great contributions to America. Some—like Albert Einstein and Elie Weisel, who were Jewish refugees—have become well-known. Yet there are countless others whose stories may not be as familiar. To remedy this, meet some notable individuals who found refuge in the U.S. and then made significant contributions through advancements in the fields of public service, science and technology, entrepreneurship, literature, and the arts:

Valentino Deng was born in Marial Bai in present-day South Sudan. He fled in the late 1980s during the second Sudanese civil war, when his village was destroyed by the militia murahaleen. He was among thousands of displaced youth, known as the “Lost Boys” of Sudan. Deng spent nine years in Ethiopian and Kenyan refugee camps, where he worked for the UNHCR as a social advocate and reproductive health educator. In 2001, he was resettled to Atlanta, GA. Deng has toured the U.S. speaking about his life in South Sudan, his experience as a refugee, and his collaboration with author Dave Eggers on What Is the What, the novelized version of Deng’s life story. Deng and Eggers founded the VAD Foundation in 2006 to help rebuild South Sudanese communities by increasing educational access.

Born in Prague in 1937, Madeline and her family first fled Czechoslovakia after the country was invaded by the Nazis at the start of World War II. Three of her grandparents died in concentration camps during the Holocaust. After the war her family briefly returned to their home country, but escaped to the U.S. in 1948 after the Communist Party led a successful coup. Albright served as ambassador to the United Nations from 1993-1997 and was the first woman to represent the U.S. in foreign affairs as the 64th secretary of state, 1997-2001.

Andrew Grove was born in 1936 in Hungary. When he was a child, he and his mother hid from Nazis rounding up Hungarian Jews. He survived the war but fled the country in 1956 after Soviet troops were sent to suppress the Hungarian Revolution. He resettled in New York in 1957. Andrew pursued his education and co-founded the Intel Corporation in 1968, and is largely attributed with the growth and proliferation of the microchip.

4. Igor Sikorsky, Aviator and inventor of the modern helicopter

Igor Sikorsky was born in 1889 in Kiev, under the Russian Empire. He pursued aircraft engineering in Russia, and developed several models that impressed Tsar Nicholas II. When the Bolshevik Revolution swept Russia, he was targeted for assassination and fled to the U.S. via France. He arrived in New York in 1919, a few years before the National Origins Act passed, which established a quota system that likely would have barred his entry to the U.S. By 1929, Sikorsky was producing aircrafts for his company and led the successful construction of the first helicopter in 1939.

Levi Strauss was born in Germany in 1829 to a Jewish family. They experienced religious discrimination while living in Bavaria, and were subject to special taxes and restrictions on where they could live. In 1847, he left with his family for New York. After working successfully as a dry goods merchant, he and a customer patented the design for blue jeans in 1873, still known today as Levi’s.

Li-Young Lee was born in Djakarta, Indonesia in 1957. Lee’s father was arrested and held as a political prisoner for a year. After his release, the Lee family fled through Hong Kong, Macau, and Japan, arriving in the United States in 1964. Among his honors, Lee has received a Lannan Literary Award, a Whiting Writer’s Award, the PEN Oakland/Josephine Miles Award, and the I. B. Lavan Award.

Gloria Estefan (Fajardo) was born in Cuba, where her father was a soldier and a member of former President Batista’s motorcade. In 1959, her family fled to the U.S. after the Cuban Revolution overthrew the Batista government. Estefan started her career after settling in Miami, releasing multiple platinum albums throughout her career. She has won seven Grammy Awards and numerous accolades for her music and contributions to the music industry.

Billy Wilder was born in Vienna to a Jewish family in 1906. He later moved to Berlin where he got his first job as a screenwriter, but fled in 1933 when Hitler came to power. His mother, grandmother, and stepfather died in Auschwitz. Wilder first fled to Paris before arriving in the U.S., where he built his career as a critically acclaimed filmmaker. He won six Academy Awards and made 25 films during his life, including “Sunset Boulevard,” “Double Indemnity,” and “Sabrina.”

From America’s favorite jeans, to vital technology and timeless films, the U.S. has been the beneficiary of the intellect, drive, and hard work of those fleeing violence and persecution. As we decide our future refugee policies, Congress and the American people should reflect on the fact that, in the past, when we have practiced generosity and welcomed displaced people, they in turn helped build America.