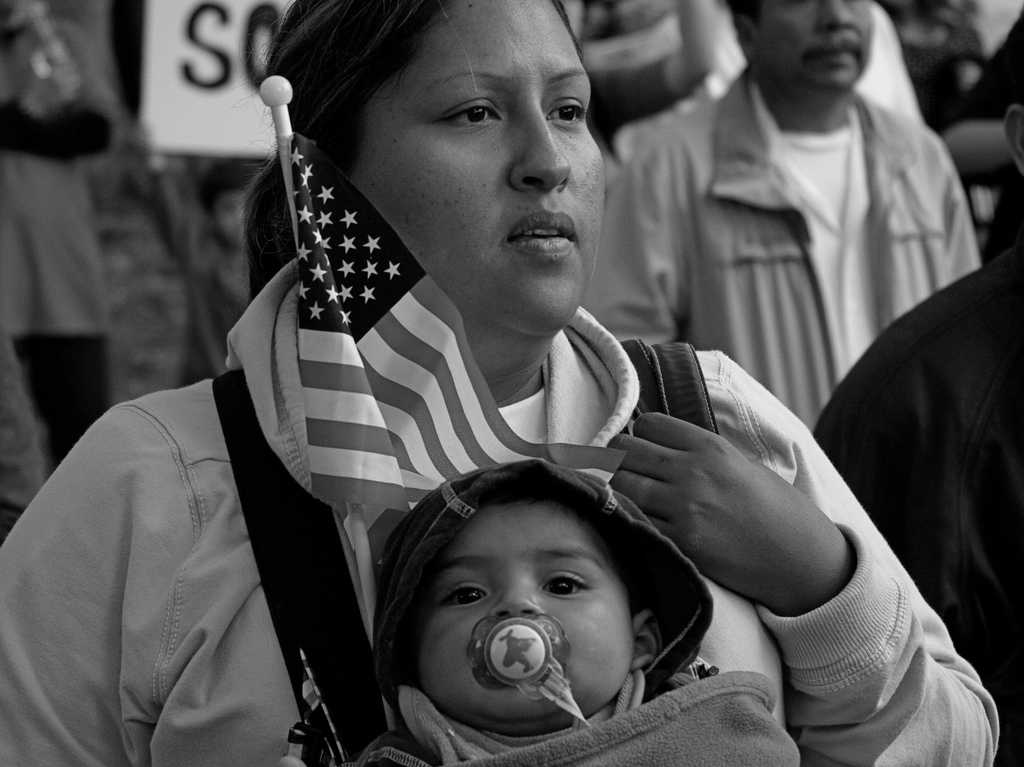 A diverse coalition of 326 immigration, civil rights, labor, and social service groups filed an amicus (friend-of-the-court) brief with the U.S. Supreme Court today in United States v. Texas, urging the court to lift the injunction that has blocked the deferred action initiatives that President Obama announced in November 2014.

In the brief—filed by the American Immigration Council, the National Immigration Law Center, the Service Employees International Union, the Advancement Project, LatinoJustice PRLDEF, the Leadership Conference on Civil and Human Rights, and 320 other immigrants’ rights, civil rights, labor and service-provider organizations—the groups outline how families and communities would benefit from the initiatives. The brief provides examples of parents and individuals who would be able to contribute more fully to their communities if the immigration initiatives were allowed to take effect.

The brief explains what’s at stake:

“If the injunction is lifted, many families will be more secure, without the looming threat that loved ones will be deported at a moment’s notice. Many deserving individuals will also have access to better jobs and the ability to improve their lives, the lives of their families, and their communities. DHS has discretion to grant or deny applications for the initiatives at issue, and the concocted argument to the contrary should not be used to prevent individuals from even applying.”

The personal stories of individuals who would benefit from expanded DACA or DAPA are also told in the brief. One such story is about a young man named Jorge who came to the United States from Mexico when he was 15-years-old in 2008.

“Jorge and his mother fled Mexico after two family members were killed in drug cartel-related violence. Since arriving in the United States, two more of Jorge’s family members in Mexico have been killed. As a result, Jorge is now the oldest living male in his family on his mother’s side, and he fears returning to Mexico because of the risk of violence. Jorge is attending college at the University of Wisconsin at Milwaukee, where he studies civil engineering.

He anticipates earning his degree in 2017. He currently works two part-time jobs: as a janitor for office buildings and retirement complexes, and as a restaurant cook. Jorge has been offered jobs that pay higher wages and offer employment-related benefits, but he cannot access them due to his lack of work authorization. Receiving DACA and work authorization would not only enable Jorge to obtain better employment now, but would also make him eligible to pursue his dream job as a civil engineer once he graduates from college.”

The President’s DAPA and expanded DACA initiatives could help millions of individual immigrants who have close ties to the United States, including millions of U.S. citizen children who live in constant fear that their parents will be deported.

This long, protracted legal battle brought by Texas and 25 other states is nothing more than a political battle being fought in the courts. Both deferred action initiatives are well within the scope of the President’s executive authority, and should be allowed to move forward without further delay.