The Ever-Changing Demographics of America 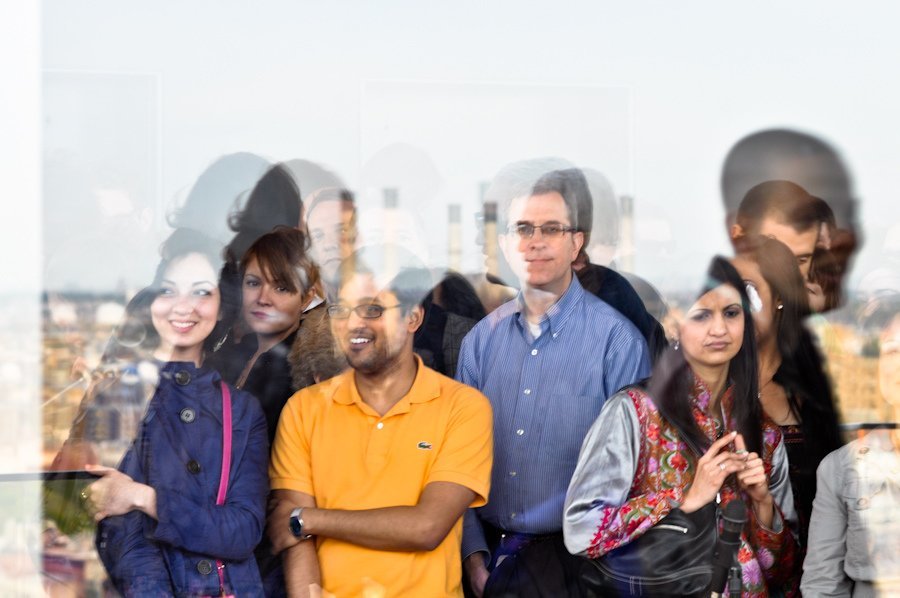 If there’s one constant throughout human history, it’s that everything changes. New scientific discoveries are made and new technologies are invented. New nations are born from the ashes of warfare or revolution. And people move from place to place in search of better lives for themselves and their descendants. In a society like the United States, migration continually shapes and reshapes the demographic composition of the population—a process that is often resisted by those whose ancestors came here long ago.

That is exactly what the Center for Immigration Studies (CIS) does in a May report devoted to enumerating an immigration “surge” in 2014 and 2015—which CIS acknowledges is, in part, a response to improved U.S. economic conditions. The report is devoted to slicing and dicing the numbers on this “surge,” which originates in South Asia, East Asia, and Latin American countries other than Mexico. CIS worries about the assimilation of these immigrants, and their impact on the educational system, and their effect on U.S. society as a whole. In other words, the same worries that were probably directed at the immigrant ancestors of the CIS staff.

CIS is basically fretting about the inevitability of change. And they are sounding the alarm over something that is old news: the day when non-Latino whites become a minority in the United States. In a 2015 report, the Pew Research Center estimated that the foreign-born share of the population is now approaching 14 percent—which is still not quite as high as it was in the late 19th century and early 20th century. Pew points out that “for the past half-century, these modern-era immigrants and their descendants have accounted for just over half the nation’s population growth and have reshaped its racial and ethnic composition.” More precisely:

This shift in the demographic characteristics of the U.S. population will persist:

In the latter part of the 19th century, British immigrants and their U.S.-born children often decried the arrival of immigrants from Italy. From the perspective adopted by some of the British and their descendants, Italians were just too different to fit into U.S. society. It was thought that they wouldn’t learn English or otherwise “assimilate.” Obviously, the passage of time has proven this view to be wrong. Now, it’s possible to find Italian Americans who express identical worries about the Mexicans and Central Americans coming to this country.

This is the perpetual worry of the nativist: that “they” won’t learn the language or fit in or have a positive impact on U.S. society. And so the nativist reflex is to keep “them” out—be it through the construction of walls in the desert or the mass deportation of those not legally authorized to be here. In other words, nativists are forever trying to turn back the demographic clock—back to a time when the descendants of European immigrants comfortably outnumbered those of Latin American or Asian ancestry.

But times change, and so do the people who call the United States home. That is the way it has always been.