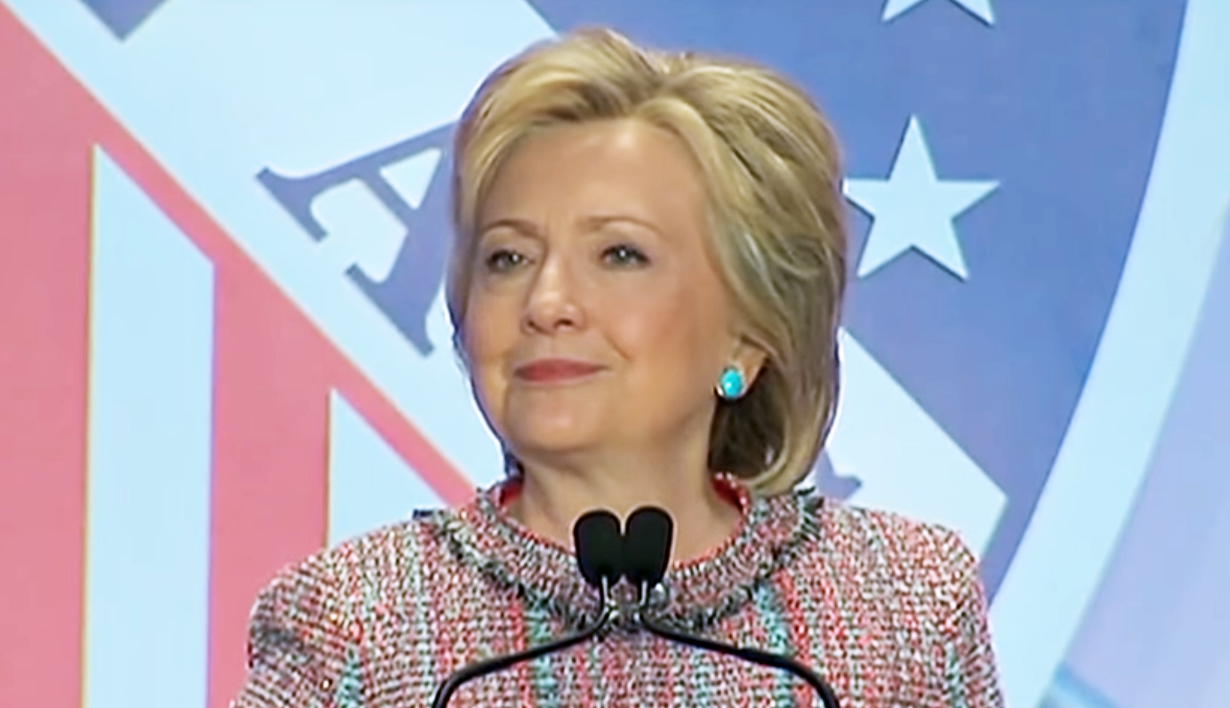 By 2050, minorities will become the majority in the United States. This is the first point Hillary Clinton made while speaking before the League of United Latin American Citizens (LULAC) in Washington D.C. this week.  In a pointed speech, which she spent much of criticizing her opponent Donald Trump, Clinton discussed “ending the vicious debate about immigration reform” and made some clear commitments around what, if elected, she would do to advance needed changes in immigration policy.

Most notably, Clinton said at the beginning of her remarks, and later repeated, that “in my first 100 days, as part of my commitment, I will introduce comprehensive immigration reform with a path to citizenship” and will end the practice of family detention.

She discussed the “growing consensus” and “greater agreement” that something must be done on immigration reform and alluded to the point that it would only happen if she was elected, noting “whether we get it done will depend on this election.”

Clinton went on to elaborate on what her vision for immigration reform would includes:

“…a credible path forward for reform that is truly comprehensive, addressing all aspects of the system, including immigrants living here today, those who wish to come in the days ahead, from highly skilled workers to family members to those seeking refuge from violence wherever that might occur. “

She then committed to:

“…send a proposal to congress that will include a path to citizenship that will fix the family visa backlog and strengthen our economy and will enable our country to be what it has always been, a place where people from around the world come to start new businesses, pursue their dreams, and apply their talents to American growth and innovation. And while we are doing that, we must do everything we can to keep families already here together.”

“DAPA is squarely within the President’s authority and I will keep saying that and fighting for it.  But there is more we can do. We need a simple straightforward system where people with sympathetic cases, can show a history of service to their communities can make their case and be eligible for deferred action. Like people who experience and report extreme labor abuses.”

Finally she committed to ending the practice of detaining families and rounding up refugees in raids. She said:

“And we must absolutely end family detention, close private detention facilities and stop the raids and roundups. These actions are not consistent with our values. Too many children in our country say goodbye to their parents every morning not knowing if mom and dad will be there when we get home. I want to do everything I can to keep families together.”

Hilary Clinton clearly understood what her audience at LULAC wanted to hear and it’s not difficult to project herself as more progressive on immigration policy than her Republican opponent. However, if elected, the communities she is making commitments to must hold her to account and ensure she delivers on her promises.