How Can the U.S. Attract and Retain STEM Graduates? 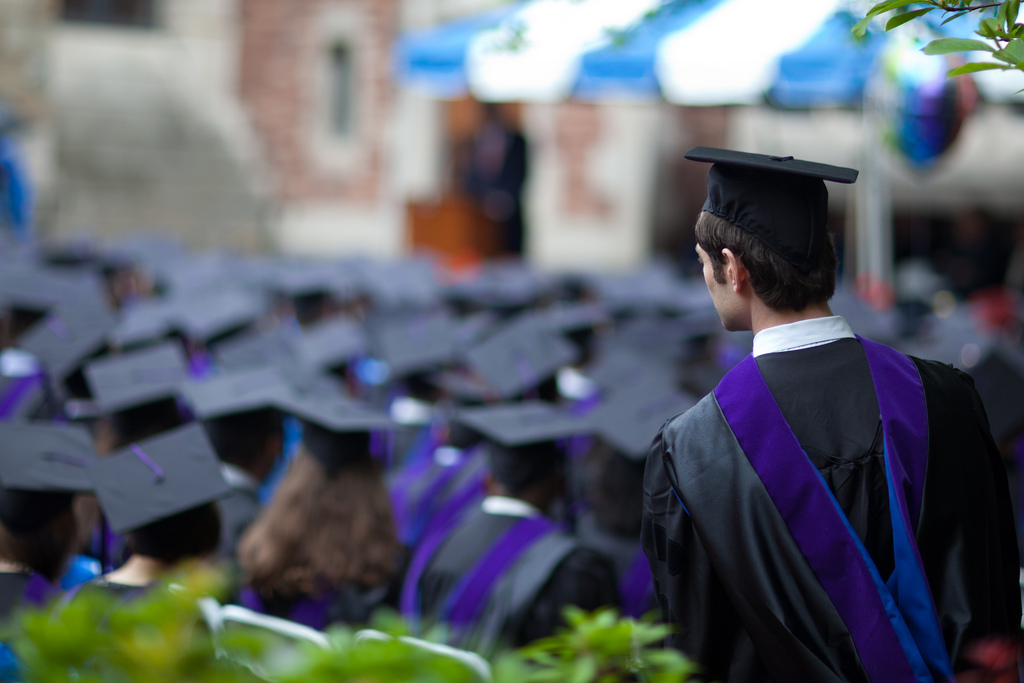 International doctoral students are significantly more likely than native-born U.S. students to major in and graduate from STEM fields In fact, international students make up about 40 percent of all STEM Ph.D. students, and are expected to comprise half of all STEM Ph.D. graduates by 2020. A new report by the Kauffman Foundation, Will They Stay or Will They Go? International STEM Students Are Up For Grabs, examines why these students choose to come to the U.S., and what they want to do with their degrees after graduation.

These important questions have huge implications for the U.S. economy. According to the latest study by the Association of International Educators, during the 2014-2015 academic year there were 974,926 international students studying at U.S. colleges and universities. These students contributed $30.5 billion and supported more than 373,000 jobs to the U.S. economy. A separate 2012 report found that “every foreign-born student who graduates from a U.S. university with an advanced degree and stays to work in STEM has been shown to create on average 2.62 jobs for American workers—often because they help lead in innovation, research, and development.”

Kauffman found that 84 percent of foreign students surveyed said they came to the U.S. for graduate studies to receive a higher quality of education, and 74 percent said they came for future career opportunities. The majority said their academic experiences in the U.S. were much better, or very much better, than in their home countries. However, many said they experienced cultural, social, financial, academic, or racial challenges as well.

Most international students surveyed wished to remain in the United States after graduation, citing future job opportunities and other professional reasons. But the Kauffman report also found that many foreign students remained undecided about their future plans and notes:

…“undecideds” represent a sizeable pool of talented scientists and engineers whose future, at least in the near term, is up for grabs. Will they stay and become part of the skilled, innovative U.S. workforce, or leave for their home or other country?

Many of these foreign STEM graduates are undecided because there is so much uncertainty inherent in the U.S. immigration system. Those who seek green cards need to find an employer willing to petition for them. More importantly, employment-based green cards are limited to 140,000 per year and are subject to per-country limits, about 25,900 green cards per country. China and India – which accounted for 31 percent and 14 percent of all U.S. STEM doctoral recipients in 2013 – have the third and second highest employment-based immigration backlogs. If green cards aren’t available, foreign students often depend on H-1B visas, which are capped at 65,000 per year plus 20,000 more for foreign professionals with a U.S. master’s degree or higher. Because employer demand exceeds the number of H-1Bs available each year, these graduates are forced to wait and see if petitions are chosen through an annual lottery. Then, even with an H-1B, foreign workers are subject to regular visa renewals, and are often limited in their ability to change jobs or be promoted.

At the same time, other countries have begun to offer attractive incentives to foreign workers, setting themselves to compete with the U.S. for the world’s top talent in a global marketplace.

Kauffman believes the U.S. needs to make changes to its immigration system or risk losing its competitive edge for global talent. Changes to the immigration system that reduce the uncertainty facing STEM graduates is needed to ensure these productive, hard-working, individuals can remain in the in the U.S. to live, work and contribute to our economy.