The Ninth Circuit Court of Appeals recently ruled that the 1997 settlement in Flores v. Reno—which governs the detention, treatment and release of immigrant children—covers both unaccompanied and accompanied minors. This was a direct repudiation of the position the government took while defending its family detention policies in court.

For example, a White Paper on Conditions of Detention in Family Units, dated June 13, 2014, examines whether the government must comply with the standards reflected in the Flores and Hutto settlements in establishing an interim family detention facility, which would detain children accompanied by their mothers. (Based on the Flores settlement, the Hutto agreement established standards for the detention, treatment and release of immigrant children and parents at the T. Don Hutto facility in Taylor, Texas, and led to the release of dozens of immigrant families.) Noting that the Flores settlement “establishes an express preference for the release of alien minors from custody” and requires that those minors remaining in detention be placed in “the least restrictive setting appropriate to the minor’s age and special needs,” the White Paper recommends:

[A]ny attempt to deviate from the Hutto settlement on an interim basis poses an unquantifiable litigation risk. In setting up an interim family facility, the Department should aim to reduce the threat of successful litigation by striving to meet certain minimum requirements reflected in the Flores settlement agreement, seen through the light of Hutto.

Moreover, an ICE Memorandum on Expedited Removal Guidance, dated September 14, 2004, makes no distinction between accompanied and unaccompanied minors, stating only that “[j]uveniles are a special class and must continue to be treated in accordance with the Flores v. Reno settlement and other special laws applicable to juveniles.”  Two months later, Tae D. Johnson, then ICE’s Assistant Director for Custody Management, referenced the Flores settlement agreement in a November 25, 2014, e-mail to Field Office Directors and Deputy Field Office Directors regarding Family Separations in Residential Facilities.

These documents give the clear impression that the U.S. government has long assumed that the Flores settlement applies to both unaccompanied and accompanied minors.  It is unclear why the government argued otherwise in court. 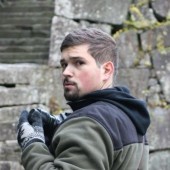 Greg Miles was a former Legal Intern at the American Immigration Council.