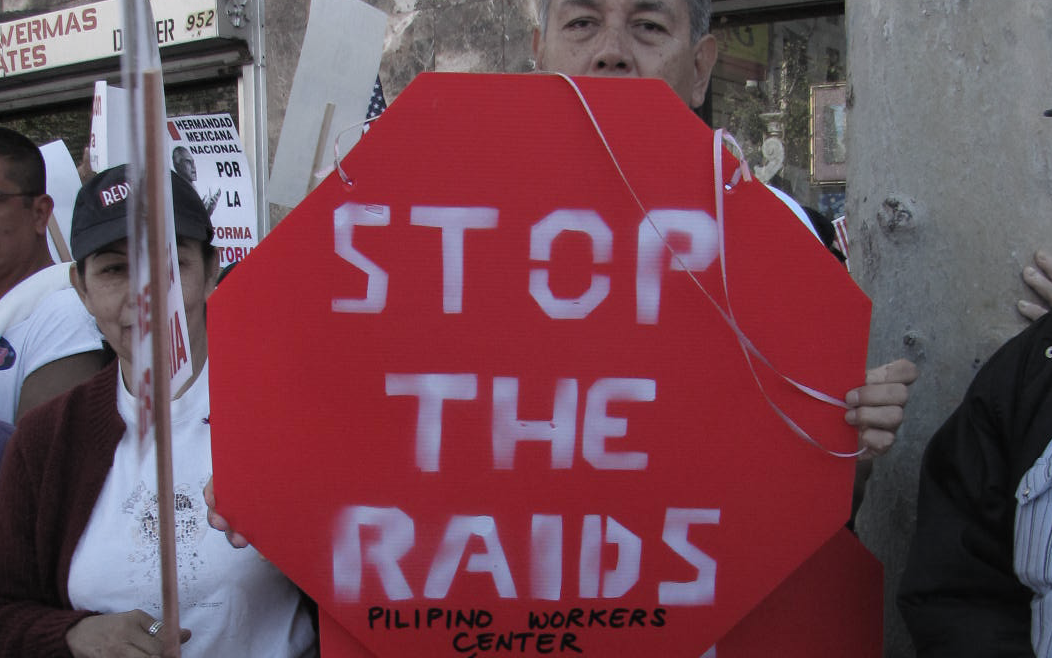 The Department of Homeland Security (DHS) is continuing to defend the controversial “Operation Border Guardian” program that took more than 100 Central American women and children from their homes in two days of immigration raids last January. According to a lawsuit filed this week by the Southern Poverty Law Center (SPLC) and the law firm Alston & Bird, the government has failed to release records related to the program under the Freedom of Information Act (FOIA).

The complaint argues that DHS and its component agency Immigration and Customs Enforcement (ICE) violated public records law by failing to substantively respond to a January 7 FOIA request seeking information related to the raids DHS conducted January 2 and January 3 in North Carolina, Georgia, and Texas. They are seeking records and information about how and why ICE went after the 121 individuals swept up in the raids.

The widely-publicized round-ups raised concerns about constitutional and due process violations. 146 members of Congress and more than 150 organizations  condemned the government’s actions, and local governments voiced their concerns about the damage to trust between communities and law enforcement.

Lisa Graybill, SPLC deputy legal director, said that “there are serious questions about whether ICE agents’ conduct during these raids violated the Constitution. We cannot allow ICE, the nation’s largest law enforcement agency, to avoid accountability and violate federal law by withholding these records.”

The complaint alleges, for example, that ICE agents conducting the enforcement operations used deceptive tactics to enter homes. In some cases, according to the complaint:

“ICE agents… stat[ed] that they were police officers looking for a criminal suspect and show[ed] residents a photo of an African-American man. In other instances, ICE agents allegedly stated that they were only taking the immigrants into custody for a short time to examine the women’s electronic ankle shackles.”

Moreover, “when asked for copies of warrants or orders to enter a home, ICE agents ignored the requests, threatened residents, or ordered them to ‘be quiet,’” according to the complaint.

The families targeted by the raids actually had conditional permission to be in the United States. According to SPLC, they “had complied with orders of supervision provided by ICE, which permitted them to remain in the United States subject to certain conditions.” Yet the women and children were detained and most were subsequently deported. Only 12 families had their deportations halted, with the help of attorneys from the Dilley Pro Bono Project.

ICE refuses to comment on pending litigation. The agency has 20 days and a 10-day extension to decide and notify SPLC whether or not it will comply with the request.

Hopefully the government will act within that timeframe to release these important documents. As the complaint states, the public has a right to this information and the government a responsibility to be accountable for its actions.