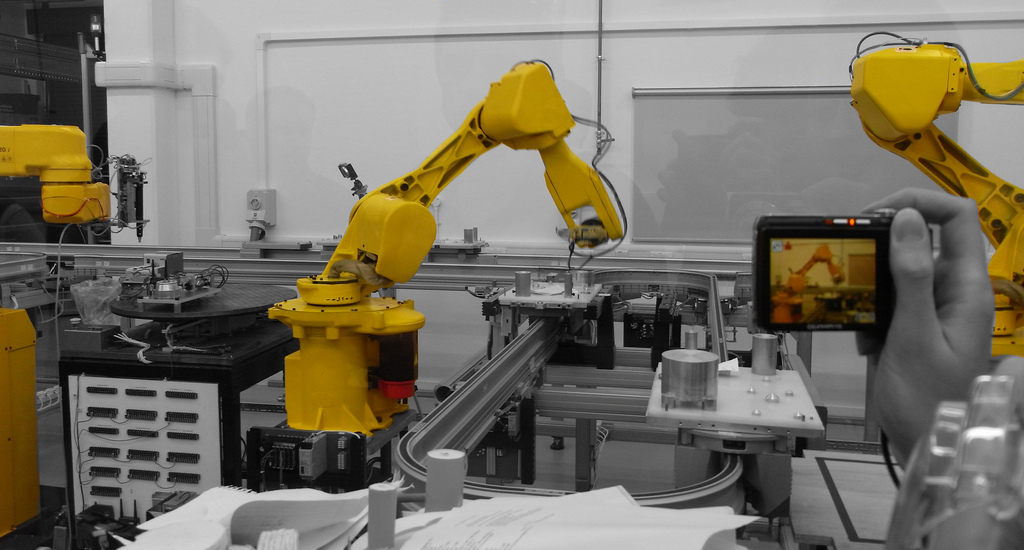 There is significant evidence that immigrants boost the economy, create jobs, and bolster innovation. However, President-elect Donald Trump has repeatedly stated he wants to “put American workers first” by restricting immigration.

Some Americans who are justifiably concerned about the economy, unemployment, and offshoring mistakenly believe that immigrants are responsible for the country’s economic woes. But the manufacturing industry shows that the story is much more complicated. In fact, a recent article in Fusion makes the case “that machines–not Mexicans–are perhaps the main culprit for U.S. job-loss in the manufacturing sector.”

According to a 2016 Georgetown University study, manufacturing was the hardest-hit industry in the Great Recession. 2.7 million jobs were lost between December 2007 and January 2010 and workers with a high school diploma or less suffered the most, accounting for 1.6 million lost jobs. Manufacturing has since recovered and added 1.7 million new jobs, still falling one million jobs short of pre-recession levels.

Scholars have found that more than 80 percent of the job losses in manufacturing between 2000 and 2010 can be attributed to increased per-worker production. Because of automation and technological change, workers in the manufacturing sector are much more productive than they were a decade ago.

The industry can produce more with fewer workers. According to a 2015 study by Ball State University’s Center for Business and Economic Research, if 2000 levels of productivity were applied to 2010 levels of production, 20.9 million manufacturing workers would have been required. However, only 12.1 million were employed.

In other words, the manufacturing industry has continued to grow and remains very important to the U.S. economy. However, employment in manufacturing has not increased, primarily due to growth in productivity. As technology continues to advance, other sectors may also see job losses. According to Wilson Center scholar Chris Wilson, “We can make more stuff with fewer people. The real enemy is robots…”

The bottom line is manufacturing jobs are not disappearing because of immigration. In fact, immigrants are key to the expansion and growth of the American economy.

Photo by Engineering at Cambridge