My Wish This Holiday Season 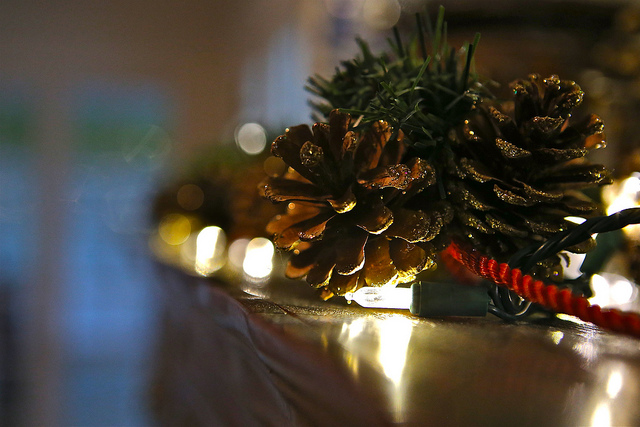 For many around the world, this time of year is full of colorful lights, cooking, spending time with loved ones, and spreading holiday cheer. However, take just a moment to reflect on the situation of those individuals, around the world, who are on the move today in search of safety and protection.

Imagine making the decision of leaving the only home you’ve ever known in order to save yourself and your children. Then, imagine departing in the middle of the night with only a backpack and your children in tow, trekking thousands of miles and facing untold hazards along the way. It is hard to actually imagine, but for many this is the journey they have no choice but to take.

Fortunately, many of these families who arrive at the U.S. border are given an opportunity to apply for asylum. Unfortunately, the systems in place often fail them.

First, by forcing mothers and even children to represent themselves through a difficult and confusing legal process – often without professional help. This lack of access to legal services sets them up to fail from the beginning and ends with some deported back to where they originally fled.

Moreover, the system fails asylum-seekers by locking them up in private detention facilities – some for days and others for weeks to years on end. In fact, such is the case for 16 mothers and their 19 children, who have been held for over a year in a detention center located in Berks County, Pennsylvania. These families arrived in the United States in 2015 and 2016, fleeing domestic violence, threats of kidnapping, extortion, rape, and gang recruitment.

The 19 children who will likely be spending the holidays in detention range in age from three to fifteen-years-old. In fact, just last week, the youngest child being held in the Berks detention facility turned three. This little boy fled Honduras with his mother after being targeted by the gangs and threatened with kidnapping and violence. He has spent more than half his life in detention.

Imagine going through such a harrowing journey to then have those you’ve asked to protect you, fail you. I don’t believe this nation can or should allow the most vulnerable among us to be held for prolonged periods, robbed of their access to a fair and just process, and left without protection. We can and must do better.

My wish this holiday season is that we find a way to do right by these families. My wish is that they, like me and many of you, will be able to live safe and happy lives with the people they love.