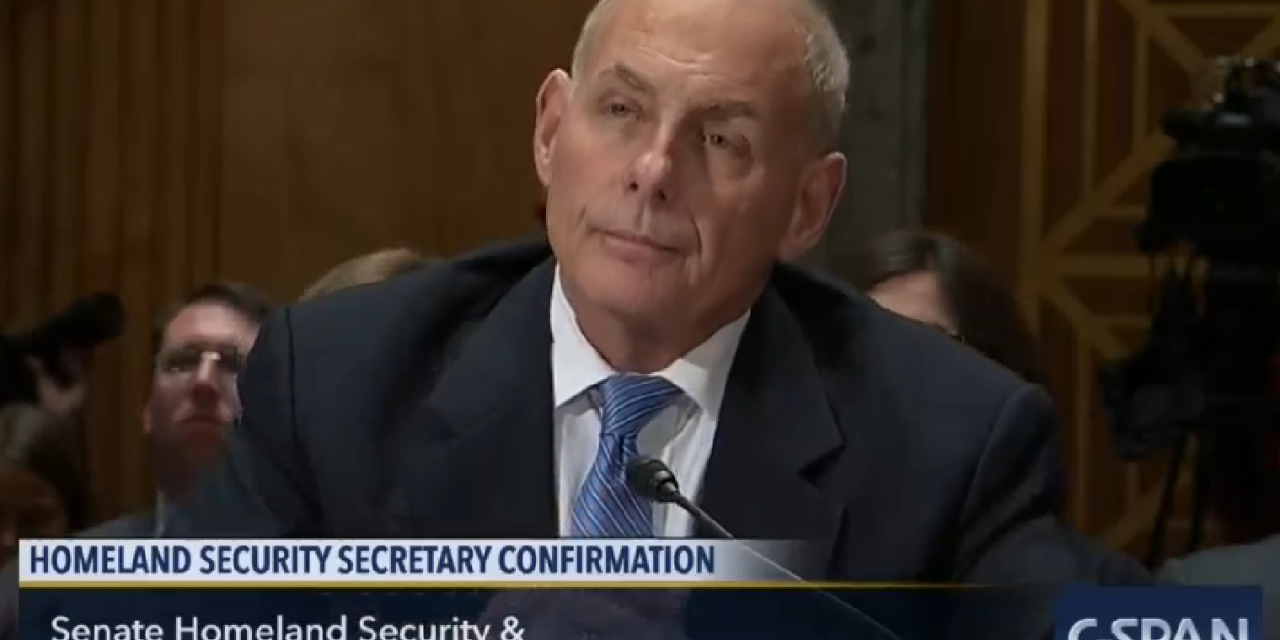 The Department of Homeland Security encompasses all or part of 22 federal departments and agencies, so questions from the Senators were wide-ranging as they sought to understand the nominee’s view on topics ranging from management of the sprawling agency to the reduction in hours of the Raymond, Montana border port of entry.

Nevertheless, a few themes emerged regarding his views on immigration.

First, Kelly believes that much of the current migration from Central American countries has its roots in drug consumption in the U.S., which drives violence. His view is that the ultimate solution to the migration crisis, in addition to reducing American drug use, is to support governments in the region attempting to restore public safety and economic opportunity. He also stated that he believes that part of the reason migrants are coming to the U.S. is because they carry the notion that once they arrive, they will be able to stay. In his pre-hearing questionnaire, he noted that senior leaders of Central American countries told him that, “If you do not start sending them back to their country of origin quickly and in large numbers they will never stop making the trek north.”

Completely missing from the discussion however was what the U.S. should do in the meantime while addressing the violence and other factors pushing people out of Central America. As well as, what are  America’s obligations to individuals arriving from the region seeking safety and security?

There was also considerable discussion of low morale among Border Patrol employees to which Kelly said that he believed “the number one thing right now would be in accordance with the law, let the people who are tasked to protect the border do their job.” However, there was no examination of assertions that Border Patrol agents are “prevented” from doing their job.

Kelly also demonstrated mixed views on enforcement of immigration law. For example, in an exchange on the issue of so-called “sanctuary cities,” Kelly said, “I understand maybe the perspective of some of the local leaders, but I do think the law is the law and I think the law has to be followed.” Yet, in another exchange with Senator Kamala Harris of California about DACA recipients and their families, Kelly said that, “I think law abiding individuals would in my mind, with limited assets to execute the law, would probably not be at the top of the list.”

However the more specific the questions got on immigration the more Kelly appeared out of his depth and unprepared to provide answers. For example, Senator Harris asked if Kelly would honor the government’s commitment not to use information collected on DACA recipients for enforcement purposes. Kelly responded that he had not been involved in “the entire development of immigration policy that is ongoing,” and only promised to “be involved in those discussions” if confirmed.

Finally, in response to a question by Michigan’s Senator Gary Peters concerning the establishment of a government database on Muslims in the U.S. Kelly responded, “I don’t agree with registering people based on ethnic or religion or anything like that.”

Over the course of the hearing, senators from both parties praised Kelly’s service to the country and he is likely to be confirmed. His views on the complicated set of laws and policies that govern our immigration system are still largely unformed. Hopefully, his need to better understand the policies in place, will translate into engagement with stakeholders concerned with immigrants and immigration.