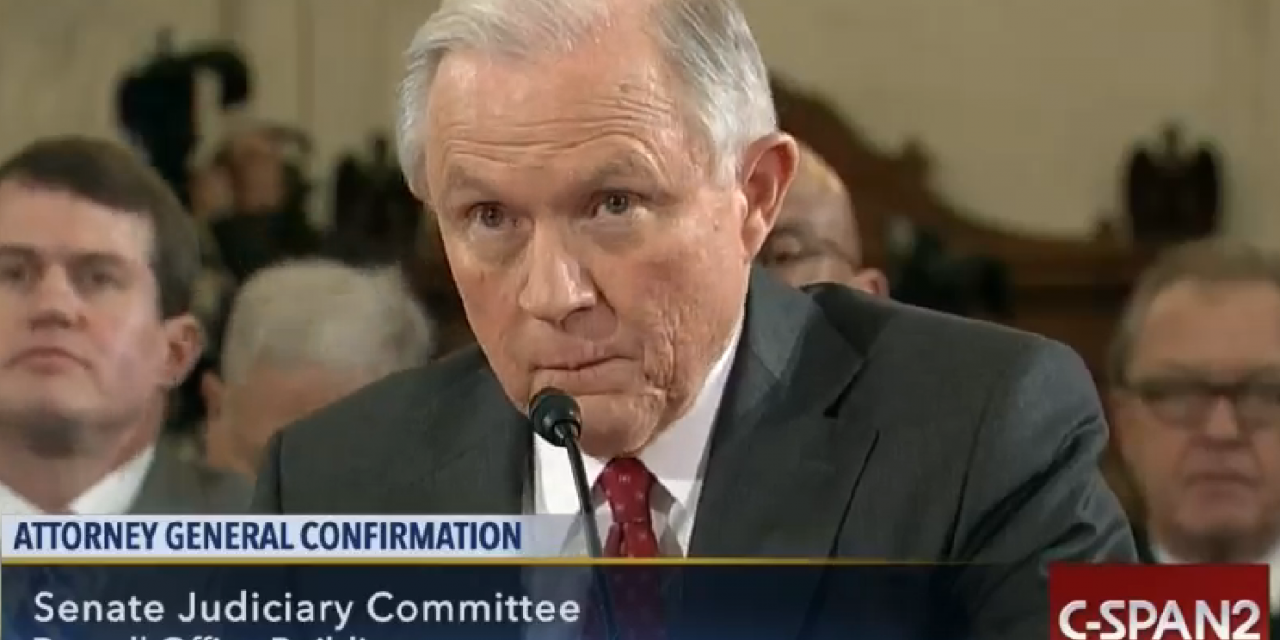 Senator Jeff Sessions, who has been nominated to be Attorney General by President-elect Donald Trump, endured a 10-and-a-half-hour confirmation hearing this week where he answered questions on a wide range of issues from voting rights and immigration to anti-trust litigation. During his time in the Senate, Sessions has worked towards further restricting legal immigration, drastically expanding enforcement and refusing to pursue sensible reforms to the immigration system.

Sessions’ record on immigration is troubling because as he applies to be the country’s top lawyer and highest-ranking law enforcement official, he will be tasked with administering justice and will have substantial authority over all the nation’s laws, including immigration laws. During his confirmation hearing, Sessions was questioned about a variety of immigration topics including: the Deferred Action for Childhood Arrivals (DACA) initiative, a Muslim registry, border prosecutions and the Board of Immigration Appeals (BIA).

Sessions was repeatedly pressed by various Senators about the fate of DACA recipients. Senator Sessions restated his belief that DACA is “unconstitutional” and an “overreach” by President Obama and said it would certainly be constitutional to repeal the policy. Sessions then encouraged lawmakers to “fix” the immigration system if they are concerned about individuals with DACA and other undocumented immigrants.

This rang hollow from the Senator who has notoriously opposed all efforts to reform the immigration system that have come before him.

However, he signaled a slightly less punitive stance on DACA when Senator Richard Blumenthal (D-CT) pressed Sessions on what will happen to all the personal information DACA applicants provided to the Department of Homeland Security (DHS). Sessions said there is “valid concern” on this issue and he “would not push” for the data to be used but ultimately deferred to the DHS who is the holder of that information.

Sessions also stated during the hearing that he does not favor banning Muslim immigrants from coming to the United States and “would not favor a registry of Muslims in the United States.” No Senators pressed him on whether he would favor bringing back the National Security Entry-Exit Registration System (NSEERS) which the Obama administration dismantled last month but was a Bush-Era registry created after 9/11 to track men from predominantly Muslim countries.

Also during the hearing, Sessions voiced his support for Operation Streamline, a 10-year-old federal program that prosecutes unlawful border crossers in group hearings with little-to-no due process on the Southwest Border. The U.S. Attorneys, who report to the Attorney General, work with DHS to conduct these prosecutions on a daily basis.

Lastly, Senator Grassley asked Senator Sessions if he would review all the decisions coming out of the Board of Immigration Appeals (BIA). The Attorney General has the authority to unilaterally revoke decisions of the BIA. Much of current asylum law is based on decisions by the BIA including those that determine what groups must receive protection from persecution in their home. As Attorney General, he would have the authority to make asylum vastly more difficult for those around the world who flee to the United States to avoid violence. Senator Sessions said that he “does appear” to have that authority and that he has “not thoroughly studied” the issue.

In the end, the hearings are an important oversight function of Congress and allow the next Attorney General to be quoted on the record on these issues. Despite the broad number of civil rights, immigrant rights and legal experts who weighed in against Sessions confirmation, the Judiciary Committee is likely to vote on his nomination next week with a final confirmation vote on the Senate floor likely in late January.