Children of Undocumented Parents Tell the Trump Administration: You Won’t Break Up Our Families 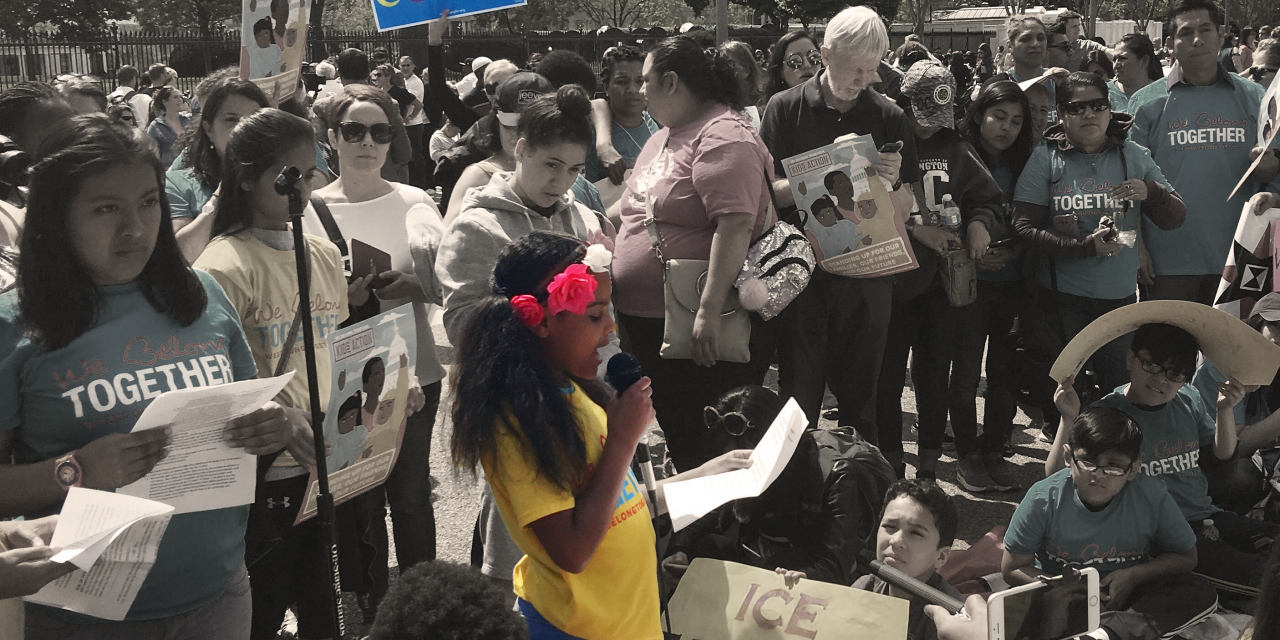 Standing in the shadow of the White House Thursday afternoon, children from around the country gathered to deliver one unified message to President Trump: don’t break our families apart.

This heartbreaking plea came from the dozens of American children that spoke at the We Belong Together Kid’s Caravan rally, the final stop of a four-city tour that put the experiences of children affected by the immigration system front and center.

Speaking just beyond the gates of the White House, the children’s nervous voices amplified the fear they now live with every day–their parents, all targeted under the administration’s immigration policies, will be deported. For the children, this anxiety manifests itself in sick stomachs at school, terrified sprints home to ensure their parents have not been taken away, and sleepless nights.

“It breaks my heart,” said 11-year-old Leah, whose mother is a domestic worker facing a deportation order. “It is a horrible feeling. It is like when somebody you care about can die at any moment.”

She shared her concern about being placed in foster care should her mother be deported back to Nicaragua, ultimately settling on one devastating question: “Why can’t I just enjoy being a kid? I cannot sleep or do my homework. All I can think about is my mother being taken away from me. I am so worried about my life.”

These concerns are tragically commonplace among American children with undocumented parents. Studies have found that children whose parents face the threat of immigration enforcement are more likely to experience high rates of stress and anxiety, exhibit behavioral changes, and develop post-traumatic stress disorder. These consequences extend far beyond the single child as well—a 2014 analysis of median family income estimated that a household’s income would decrease 50 percent following the deportation of a family member, likewise resulting in higher rates of foreclosure.

Among the anxiety, however, were moments of celebration at the rally. Indigenous children, dressed in bright clothing, performed a dance for the growing crowd. Children and activists joined together to sing the chorus of “This Land Is Your Land,” following it with chants of “Sí Se Puede!”

For all the fear these children were experiencing, they made certain to ground it in bravery, declaring to the administration that they would not allow their families to be taken away.