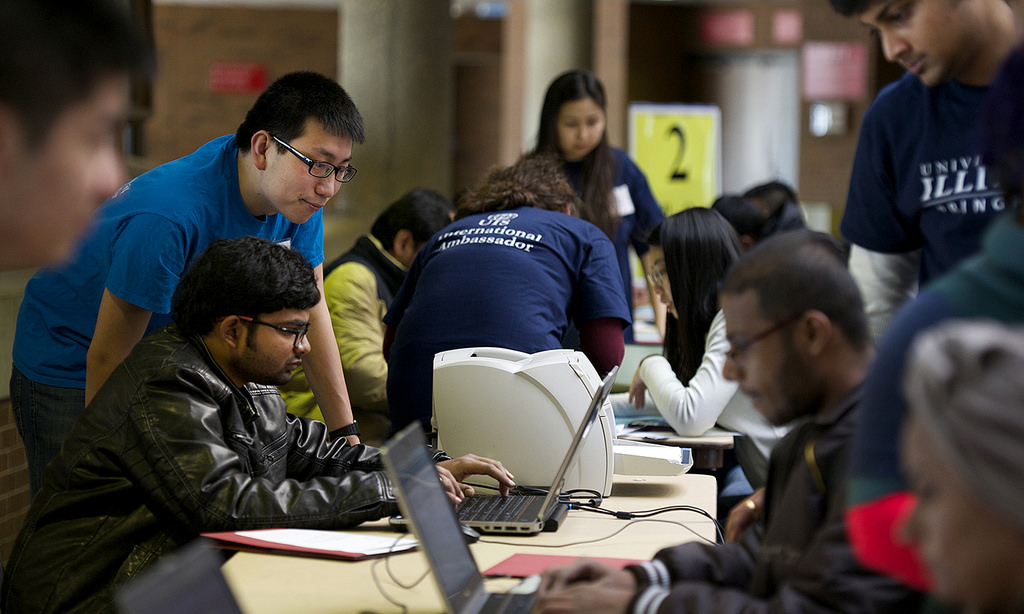 Some foreign students complete their stay in the United States by gaining professional experience in their field of study. Immigration restrictionists want to end that opportunity.

For the second time, a court has ruled against a group that has repeatedly tried to stop foreign students in F-1 status from gaining post-graduation practical experience. A federal district court for the District of Columbia dismissed a lawsuit filed by the Washington Alliance of Technology Workers (“Washtech”), a union of science, technology, engineering, and math (STEM) workers. Washtech challenged both the long-standing twelve-month Optional Practical Training (OPT) program that matches foreign students with temporary employment related to their field of study, as well as a 2016 rule under which certain STEM graduates can extend their OPT.

The union argued that Congress did not give the U.S. Department of Homeland Security (DHS) the authority to permit F-1 students to remain in the United States after graduating or have a practical training program that does not include the same protections for U.S. workers that exist in the H-1B visa context. Now, two judges have concluded that Washtech does not have a legal right to challenge the program since it did not identify a single union member who allegedly lost a job to an F-1 student in that OPT program.

With respect to subsequent rules, Washtech first challenged a 2008 DHS rule, which permitted F-1 students to receive up to a seventeen-month extension of their OPT if they studied in a STEM field. In 2015, a court concluded that the 2008 rule was invalid because DHS had failed to follow proper procedures by not giving the public notice and an opportunity to comment before issuing it, but held off on eliminating the rule to give DHS time to issue a new one.

In response to that court ruling, DHS issued the current STEM OPT extension rule in March 2016 after complying with the procedures. DHS allows an extension of up to twenty-four months of OPT, and imposes more stringent training program requirements. Although Washtech appealed, the appellate court concluded that the case was over and vacated the earlier district court decision.

In the latest case, the court rejected Washtech’s challenge to the 2016 rule, but concluded they had the right to challenge the rule because the union had sufficiently claimed that certain members had to compete for jobs against students who had received the STEM OPT extension. The court also concluded that Washtech’s interest in protecting American workers was one of the interests Congress intended to protect in the Immigration and Nationality Act.

Although the court acknowledged that the worker protections are found in the H-1B visa provisions but not in F-1, , the court concluded that they are “integrally related” because both concern higher education:  F-1 is for foreign students, including those studying at U.S. colleges and universities, and  H-1B  is for jobs that require at least a bachelor’s degree.

In rejecting Washtech’s claims, the court ruled that DHS has the authority to allow F-1 students to extend their training and likewise upheld the 2016 rule. It also rejected arguments that DHS acted “arbitrarily and capriciously” because the 2016 rule requires that employers mentor F-1 students without requiring mentoring for “American workers,” and allegedly increases the availability of “foreign labor” just for selected STEM occupations “without justification.”

Despite these dismissals, supporters of post-graduation practical experience cannot rest easy. The Trump administration is likely to give serious consideration to Washtech’s questionable arguments that DHS lacks the authority to provide this training experience and that the OPT program is bad for American workers regardless. The Buy American and Hire American Executive Order directs the DHS Secretary to “supersede or revise” existing rules in order to protect the interests of U.S. workers. The administration may signal its intention when it responds to Washtech’s recently-filed appeal.