Travel Ban Bars Grandparents, Grandchildren from Entering US – The Lawsuits Practically File Themselves 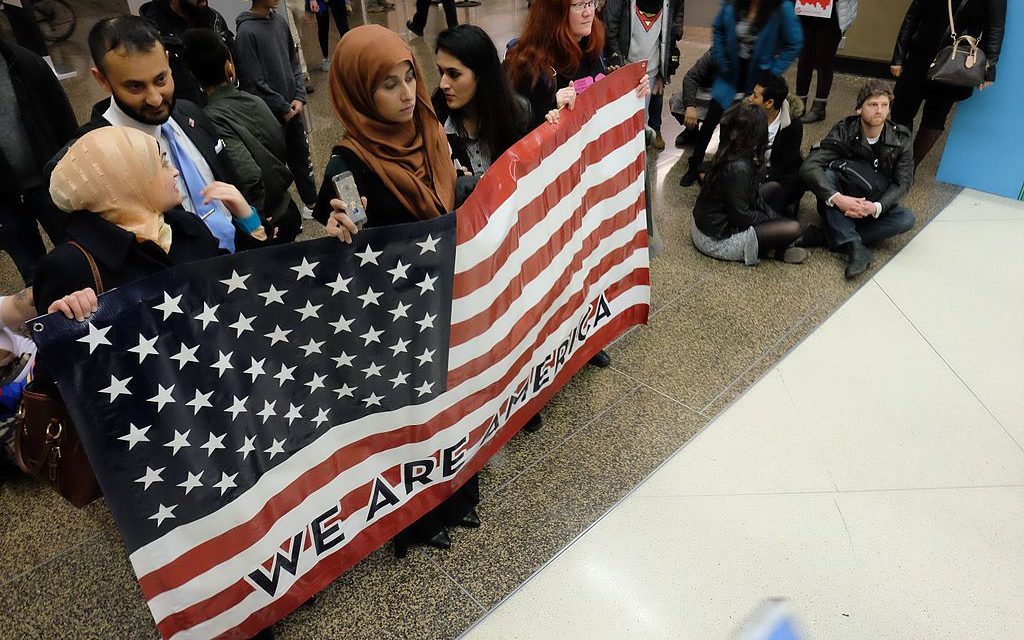 The Trump administration is set to begin implementing part of its long-touted travel ban on Thursday, which seeks to ban the entry of nationals of six Muslim-majority countries for at least 90 days and suspend the admissions of all refugees for at least 120 days. This implementation was prompted by a Supreme Court decision earlier this week which allows the Trump administration to enforce the travel ban against nationals from the countries of Iran, Libya, Somalia, Sudan, Syria, and Yemen and refugees who do not have “a credible claim of a bona fide relationship with a person or entity in the United States.”

The Court further explained that refugees and people from the six countries will be permitted to enter if they have a “close familial relationship” with someone already here or if they have a “formal, documented” relationship with an American entity formed “in the ordinary course” of business, not in an effort to exclusively evade the ban. However, the Court did little to define these necessary relationships, and they do not already exist in immigration law, so much of the interpretation and implementation is being left to the Department of State (DOS) and the Department of Homeland Security (DHS).

Wednesday night, DOS issued a diplomatic cable to its overseas consular posts that has been leaked publicly, in an attempt to clarify some of how this ruling would be implemented.

According to the cable, a “close familial relationship” is defined as “a parent (including parent-in-law), spouse, child, adult son or daughter, son-in-law, daughter-in-law, sibling, whether whole or half. This includes step relationships.” However, the agency went on to say that “grandparents, grandchildren, aunts, uncles, nieces, nephews, cousins, brothers-in-laws and sisters-in-law, and any other ‘extended’ family members” are not going to be considered close family.

Drawing these types of lines has the potential to create litigation and confusion. Omar Jadwat, director of the American Civil Liberties Union’s Immigrants’ Rights Project, commented to the New York Times that, “Initial reports suggest that the government may try to unilaterally expand the scope of the ban—for example, by arbitrarily refusing to treat certain categories of familial relationships as ‘bona fide.’”

As it relates to refugee admissions, DOS announced a very high bar for refugees to enter the country. Many refugees processed overseas have family ties in the United States, and all have commitments from refugee resettlement agencies who sponsor and assist them once admitted. However, according to a briefing by the State Department “the fact that a resettlement agency in the United States has provided a formal assurance for refugees seeking admission is not sufficient, in and of itself, to establish a bona fide relationship under the ruling.”

This means that significant numbers of refugees, who have already been extensively vetted and approved, risk being kept out of the United States and unable to enter for at least the next 120 days. Only refugees with currently approved visas may be able to travel.

This could have the effect of severely limiting the number of refugees admitted this fiscal year and will almost certainly trigger litigation as the ban goes into effect.

DHS posted an FAQ online just two hours before the implementation deadline with guidance largely consistent with that provided by DOS. It noted that Customs and Border Protection has already issued guidance to its officers at ports of entry, but stakeholders will anxiously be watching how implementation plays out.