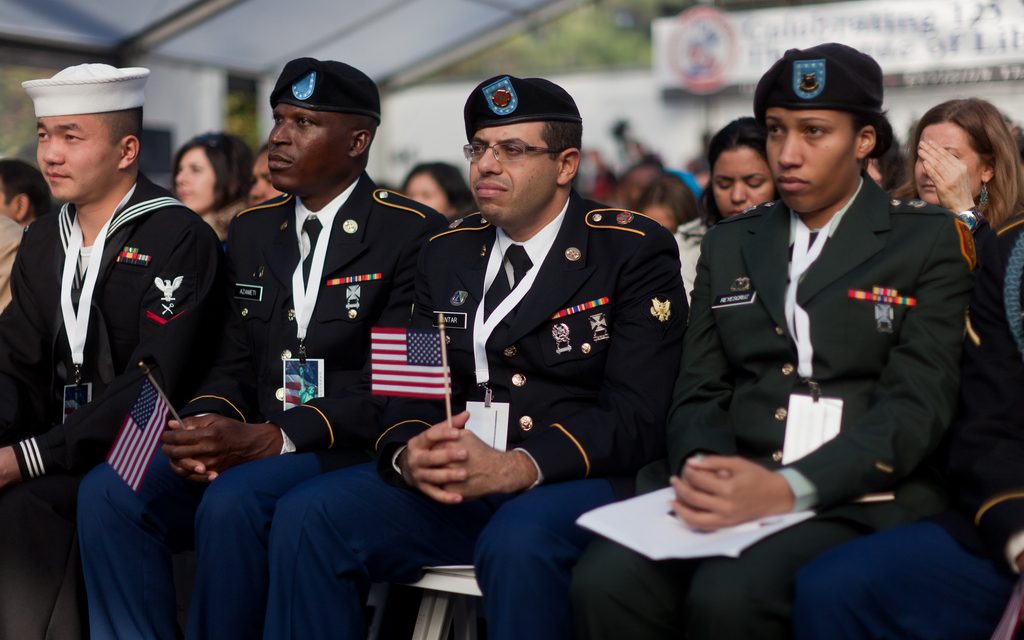 In a sweeping decision, a federal judge ruled the U.S. Department of Defense (DOD) could not continue to prevent approximately 2,000 noncitizen Army Reserve soldiers from applying for citizenship.

The case centers on the treatment of noncitizen soldiers who benefited from the Military Accessions Vital to the National Interest (MAVNI) program. MAVNI, established in 2008, was designed to attract “high-quality, multi-lingual, ethnically and culturally diverse recruits, and healthcare professionals . . .” by providing them with an expedited path to citizenship.

For some time after it was established, the program succeeded in bringing these skilled noncitizens into the military and quickly helped them naturalize. Since 2016, however, DOD policies have made the application process more difficult. Increased security screening began to cause lengthy delays in the application process. Most recently, DOD stalled certification of the soldiers’ qualifying military service – a step necessary to complete the naturalization application–through a formal policy issued on October 13, 2017 that imposed new certification guidelines.

Three soldiers brought the lawsuit challenging the policies the military has developed to block the naturalization process as “arbitrary, capricious, an abuse of discretion, or otherwise not in accordance with law.” The court agreed that the soldiers– and the larger class they represent – would likely succeed on their legal claims.

The court rejected the government’s argument that it could not review DOD’s decisions regarding the certification process. Instead, the court stated that there were standards to review the certification process which involved a simple check of records to determine whether the soldier had served honorably. The court also highlighted that DOD provided no reasoned explanation for recent policy changes and the changes could not be justified merely by invoking “national security concerns.”

Without the ability to apply for citizenship, MAVNI soldiers experience great uncertainty about their future and face a real risk of deportation. Under U.S. Immigration and Custom Enforcement’s current policy, they can be deported unless they are actively participating in MAVNI and have a pending application for naturalization.

As the court stated, “. . . every day of delay leaves plaintiffs in limbo and in fear of removal. Plaintiffs live in constant fear that they will lose their work or student visas, or be discharged, deported, and subject to harsh punishment in their country of origin for joining a foreign military.”

DOD reacted quickly to the court’s decision, developing instructions for certifying honorable service for MAVNI service members who enlisted prior to October 13, 2017 and who have served at least one day in the Selected Reserve.

It is mind boggling that a federal court was required to step in to resolve this dysfunctional approach to the MAVNI program. Yet this is not the only case pending on MAVNI-related issues. In another federal case, soldiers are challenging DHS and USCIS’ decision to hold their naturalization applications while DOD completes enhanced screening of their applications.

Instead of standing with the men and women who are willing to risk their lives to protect our country, our military broke its promise to them and increased the risk they would be deported.  For now, these MAVNI soldiers likely will not be deported and may ultimately become U.S. citizens. However, it should not be necessary to go to court to prove that this harsh treatment of U.S. service members is bad policy.

FILED UNDER: Department of Defense, MAVNI